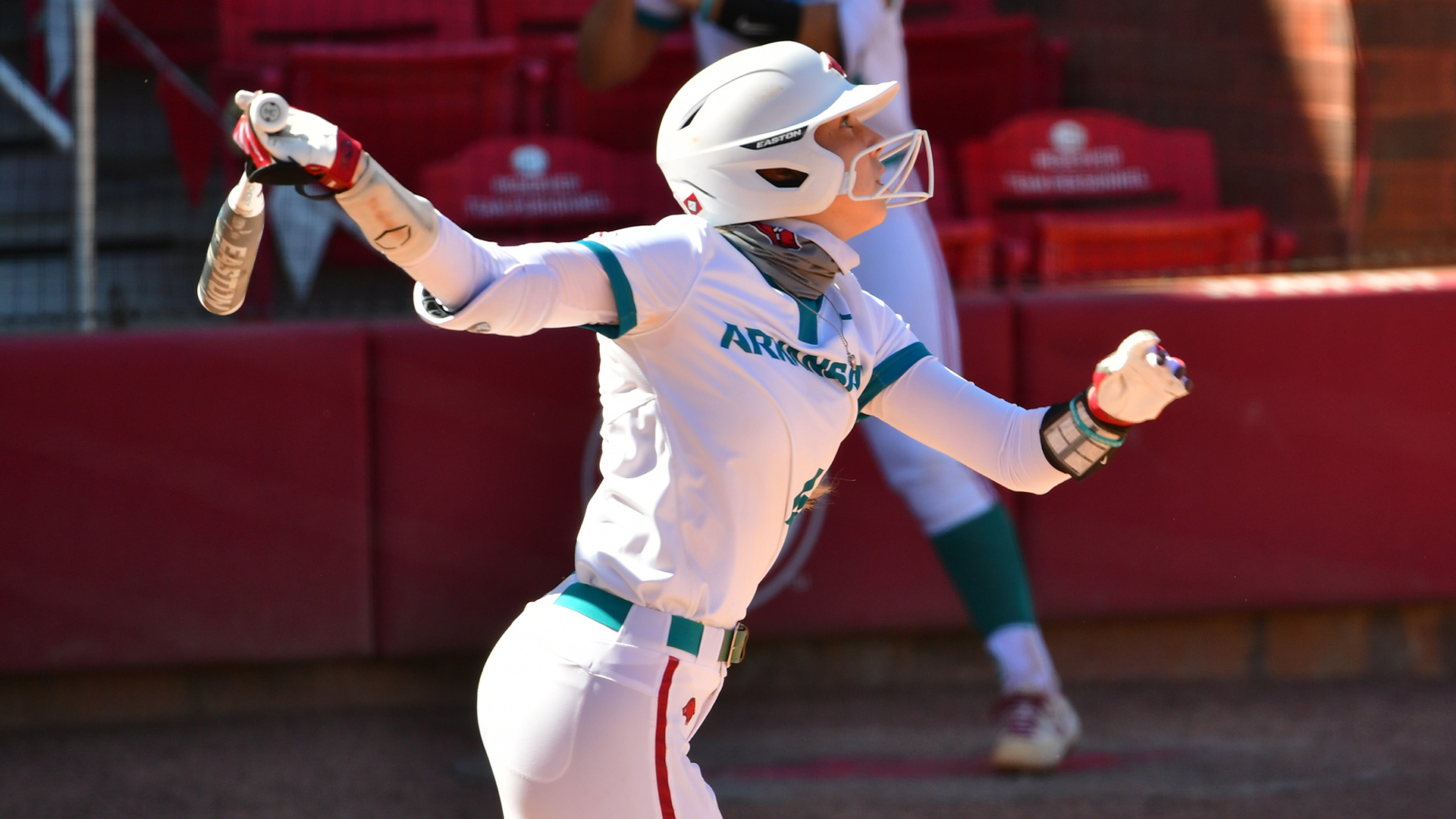 FAYETTEVILLE, Ark. – Infielder Danielle Gibson launched a walk-off home run in the bottom of the eighth inning as No. 17 Arkansas came-from-behind to defeat Ole Miss, 3-2, in extra innings on Saturday afternoon at Bogle Park. The Razorback (22-3, 5-0 SEC) offense scored all its runs in the game’s final three innings and improved to 5-0 in SEC play.

Ole Miss (18-9, 3-2 SEC) scored their only runs of the game on a two-run homer in the top of the third inning, forcing Arkansas to play from behind most of the game.

Arkansas’ bats came alive when trailing 2-0 in the bottom of the sixth. Outfielder Hannah McEwen led off the frame homering to center, and cut the deficit in half. After McEwen’s bomb, infielder Braxton Burnside was hit by a pitch, putting a runner on first with nobody out. Gibson followed, lacing a double down the right field line, and Burnside motored all the way home, tying the game, 2-2.

The Rebels had a chance to take the lead in the top of the seventh putting runners on second and third with one out, however, pitcher Mary Haff entered from the bullpen and promptly struck out the next two hitters keeping the game tied.

The Razorbacks almost won the game in the seventh inning, as McEwen shot a ball deep to the wall in center that was caught for the third out.

Haff allowed a runner on a hit by pitch in the top of the eighth but stranded her on first. Gibson hit her 10th homer, and second walk-off blast of the season in the eighth on a 1-1 pitch. She accounted for two of the team’s three RBI.

Pitcher Autumn Storms earned the start and gave the Razorbacks quality innings, tossing 6.1 frames and allowed five hits with a walk. She struck out three in the no decision. Haff (14-2) recorded her nation-leading 14th win in relief, striking out four in 1.2 innings.

Arkansas joined the 12 other SEC softball playing institutions by wearing teal to honor Alex Wilcox, a member of the 2018 Mississippi State softball team who inspired the nation with her courageous fight against ovarian cancer that ultimately took her life in the summer of 2018.

Arkansas looks to sweep the Rebels at 1 p.m. tomorrow, March 21. The game will air on SEC Network+.