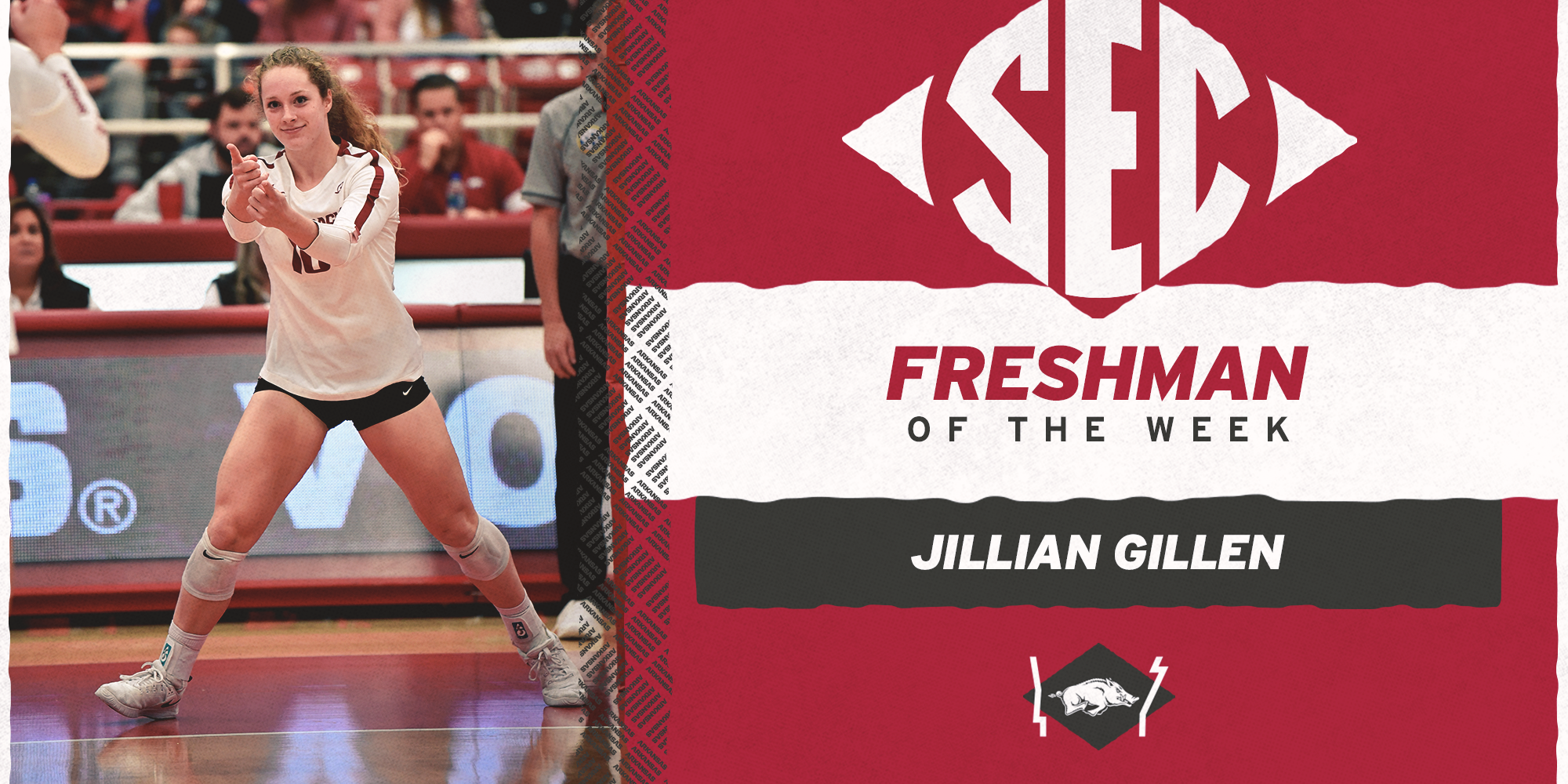 FAYETTEVILLE – After leading the Arkansas volleyball team to back-to-back five-set victories and registering her fourth consecutive 20+ kill performance, freshman Jillian Gillen was named SEC Freshman of the Week for the second time during her rookie campaign.

The Stilwell, Kan. native posted 5.50 points, 5.10 kills and 1.60 digs per set in wins over Ole Miss and Mississippi State this past weekend. Gillen recorded a season-high 31 kills against the Rebels Friday night and 20 kills against the Bulldogs on Sunday. Over the last four games, Gillen has recorded a combined 101 kills and averaged 5.05 kills per set.

Her 34.5 points against Ole Miss is a league best for single-match performances, and she stands as just the third SEC player with a 30+ kill performance this season, and the only one with three performances of 28 kills or more

Gillen’s honor makes her the first Razorback since 2010 to win the award twice in the same season. The only other Hogs to win the award multiple times during their freshman year were Christina Lawrence (2005), Jasmine Norton (2009) and Raymariely Santos (2010).

Gillen is currently the highest producing freshman in the SEC and ranks seventh overall, averaging 3.74 kills per set. She is 80th among players in division I, ranking eighth overall among freshman.

NEXT UP FOR THE HOGS

Arkansas is on the road for the final week of the regular season. The Razorbacks will travel to Gainesville, Fla. and Columbia, S.C. for matches against ranked Florida and South Carolina on Wednesday and Friday respectively.