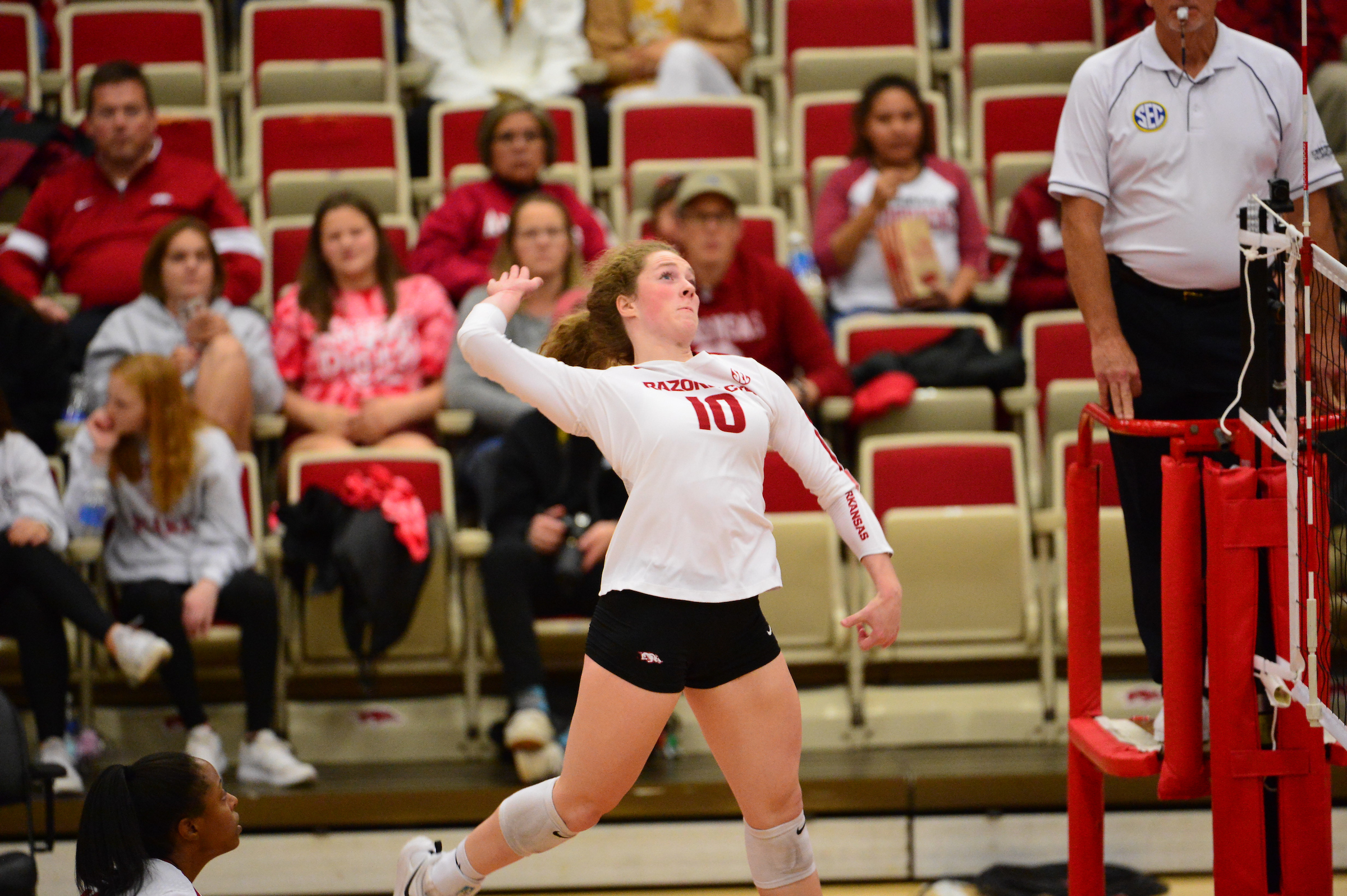 FAYETTEVILLE – Freshman Jillian Gillen was selected to the SEC All-Freshman Team as announced by the conference office on Sunday afternoon. She is Arkansas’ first SEC all-freshman selection since 2015 and 13th overall.

“Jill’s body of work is very deserving of this recognition,” said head volleyball coach Jason Watson. “She has put in the work and made great strides in her first year.”

“There is still tremendous growth left in her development and I’m so excited for her to build upon her freshman season in the years to come.”

The honor is Gillen’s third award of her rookie campaign; she earned SEC Freshman of the Week in the opening week of the season after starting her collegiate career averaging 5.00 points, 4.36 kills and 2.36 digs per set in the Arkansas Classic. She earned SEC Freshman of the Week again in week 13 when she led the Arkansas volleyball team to back-to-back five-set victories and registered her fourth consecutive 20+ kill performance.

The Stilwell, Kan. native led the league’s freshmen in kills per set (3.74) and ranked seventh among all players. Her success on the attack ranked her eighth among freshmen in division I and 81st overall. She stands as the only SEC player with a performance of 20 kills and 20 digs and is the only with three performances of 28 kills or more.

Her 31-kill performance against Ole Miss in November tied for eighth most kills in a single match in Arkansas history and her 84 attempts is a single match best. Finishing out the season with 423 total kills, Gillen is the first freshman to lead the team in kills since 2013.

The All-SEC Team, which consists of 18 student-athletes, along with the seven-member All-Freshman squad were chosen by the league’s 13 head coaches.