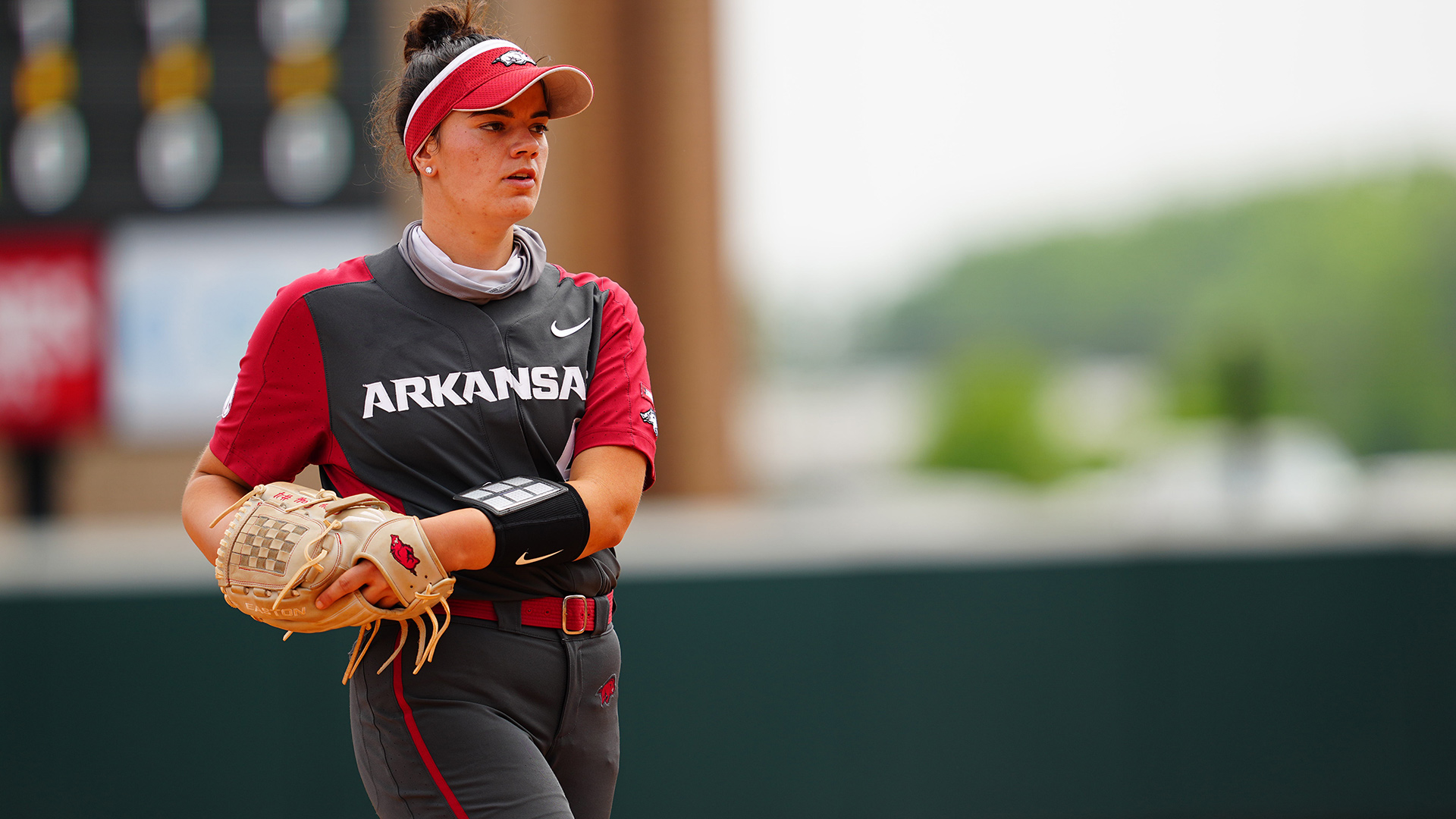 FAYETTEVILLE, Ark. – Arkansas softball pitcher Mary Haff has been named SEC Pitcher of the Week after her electric weekend, which guided the Razorbacks to the program’s first SEC regular season championship. Haff earned the weekly award for the second time this season and the third time in her career.

The Winter Haven, Fla. product totaled a 0.86 ERA for the week over 16.1 innings and struck out 11 while recorded two wins. She began the week hurling a complete game shutout, allowing four hits without any walks and striking out four in Arkansas’ 1-0 series opening triumph at No. 14 LSU. In game two of the series and the first game of a Monday doubleheader she posted a quality start, throwing 6.0 innings surrendering only two runs on four hits and two walks with three strikeouts in the 2-1 setback. She finished the day throwing 3.1 frames of scoreless relief and stranding both inherited runners in the winning effort. Haff notched the 74th win of her career and became the winningest pitcher in program history. Arkansas’ 4-1 win in the series finale earned the program at least a share of the SEC regular season title and first series win in Baton Rouge in program history.

No. 6 Arkansas has a bye week before the SEC Tournament begins on Thursday, May 13 in Tuscaloosa, Ala. By virtue of securing a top four seed, the Hogs earned a bye into the quarterfinals with an opponent and time to be determined. Arkansas’ seed will be announced following this weekend’s slate of SEC games.