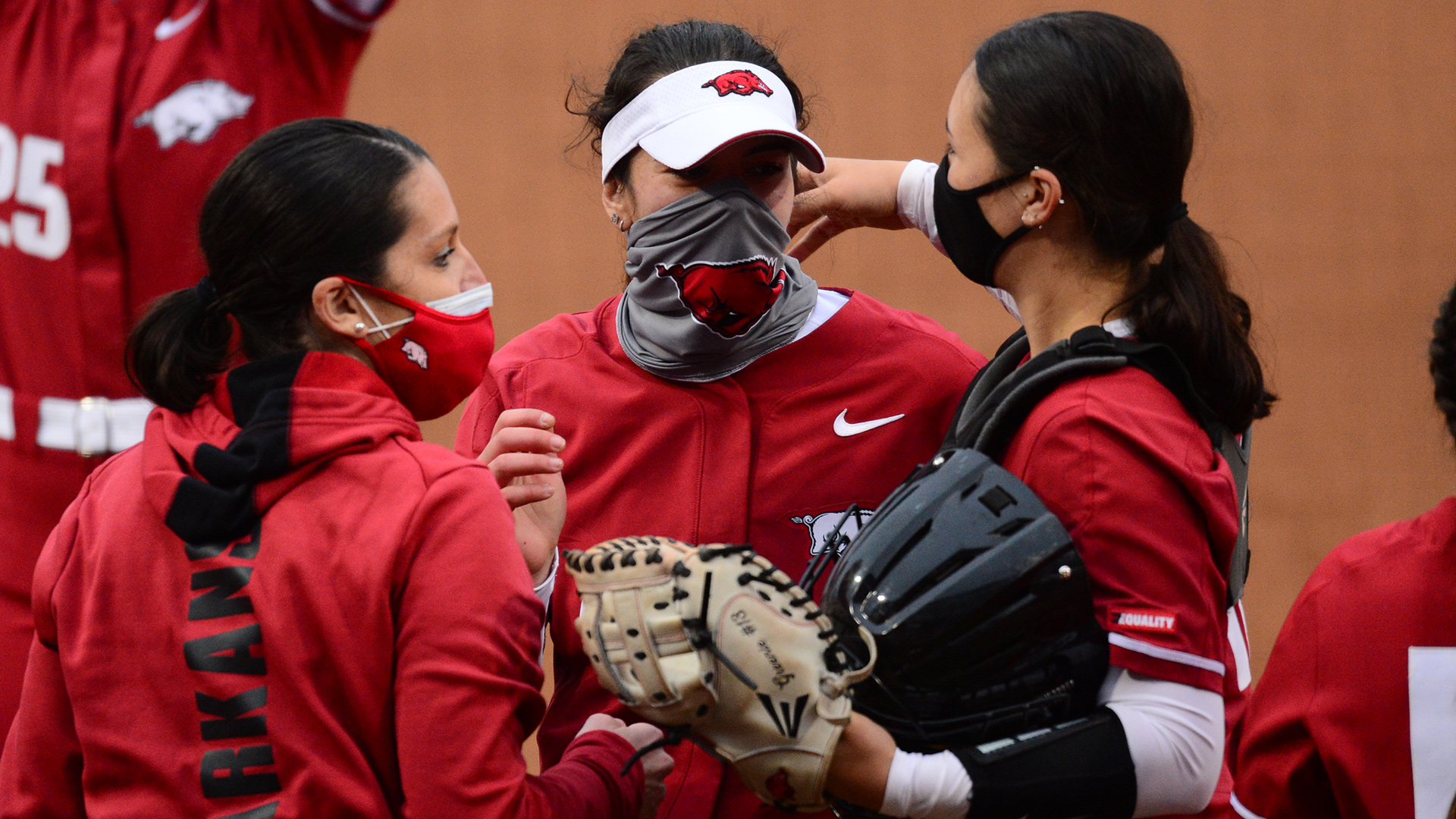 Against Texas Tech, head coach Courtney Deifel became the fastest coach in program history to record her 150th win at Arkansas, doing so in 259 games.

Haff threw the first no-hitter by a Razorback since Autumn Storms in 2018 against Central Connecticut State and her first since 2018 against Northern Colorado. It’s the ninth no-no in Hog history.

After Haff struck out two in the top of the first, outfielder Hannah McEwen launched a solo jack to left, opening the day’s scoring parade. The Hogs then hit three more bombs in the inning as designated player Linnie Malkin, catcher Kayla Green and outfielder Keely Huffine all hit two run homers to go ahead, 5-0. The four jacks in the first inning alone were tied for the second most homers in a game in program history. Malkin leads the team with six long balls in just 11 games, after smashing six in 25 games last season.

Arkansas finished its scoring in the second inning as infielder Hannah Gammill hit another two run home run, tying the school record set in 2017 against both North Texas and Loyola Marymount. All of the team’s hits went for extra bases, which included pinch hitter Aly Manzo’s double.

Haff (5-1) was sensational throwing 48 strikes on 61 total pitches and totaled six strikeouts. She was one error away from a perfect game. Erin Edmundson (2-1) started the first 0.2 innings for TTU but could not escape the first inning, surrendering five earned runs.

Malkin kickstarted another nine-run outburst singling home McEwen in the first inning for her team-leading 18th RBI. Infielder Audrie LaValley blasted her third homer of the year, a three-run blast to right, to give Arkansas a 4-0 lead after the first.

Burnside hit a solo homer to left center in the second inning, adding to Arkansas’ lead. SEMO responded to make it a three-run game at 5-2, scoring two in the fourth, but with one swing of the bat, Burnside gave the Razorbacks breathing room in the bottom of the inning. With the bases juiced and Burnside down 1-2 in the count, she unloaded, depositing a grand slam into the Bogle Park left field parking lot.

The Redhawks added a run in the sixth on a single to center.

The Razorbacks roll to their eighth consecutive win as @braxtonburnside hits two bombs for her second multi-homer game of the season! pic.twitter.com/fTJ5hR18p1

The Razorbacks are back in action at 2:30 p.m. tomorrow, Saturday, Feb. 27 for a rematch against SEMO. All Saturday games at the Razorback Invitational have been moved up 30 minutes from their original start time.