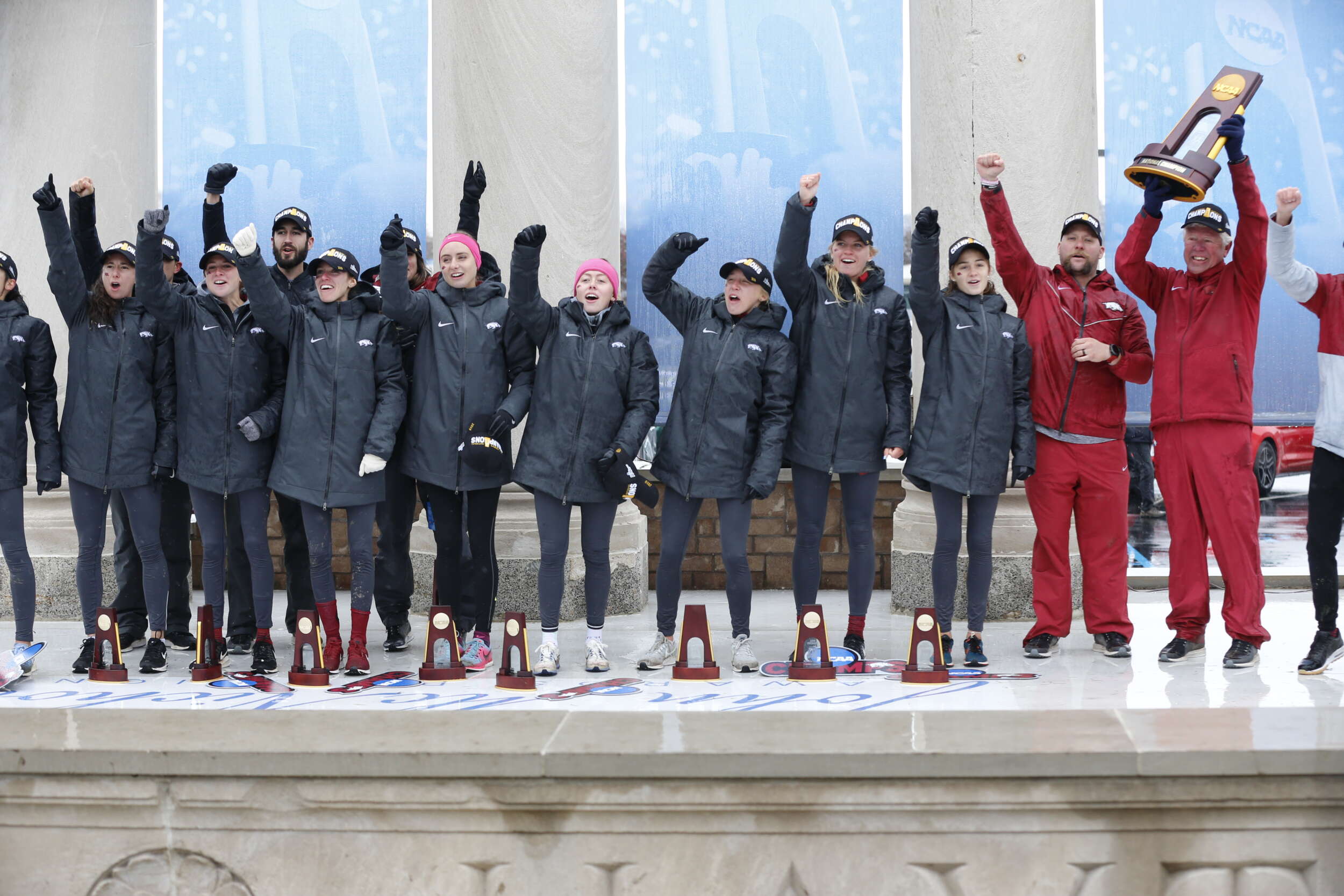 Harter led the Razorbacks to the program’s first-ever NCAA Cross Country Championship this past weekend in Terre Haute, Ind. at the Lavern Gibson Championship Course.

Entering the meet as the No. 1 team in the country, Arkansas’ women had a target on their back but came through when it mattered to bring the title back to Fayetteville. The Razorbacks finished the meet with four All-Americans to top No. 3 by six points, 96-102. For the Razorbacks, 2019 was a perfect season as Arkansas completed an undefeated season that featured wins at the South Central Region Championships, the ninth-straight, with a perfect 15-point score as well as recording a seventh-straight SEC Cross Country Championship, as well as three additional victories at the Nuttycombe Wisconsin Invitational, Chile Pepper Festival, and John McNichols Invitational.

With the NCAA Championship, Arkansas is only the second NCAA women’s team to accomplish the three-season triple crown, joining the University of Texas women who did it in 1986 (the University of Oregon also did an academic-year sweep of cross country, indoor and outdoor in 2016/17).

This is the first time that a coach from the SEC has won the Peter Tegen Award.