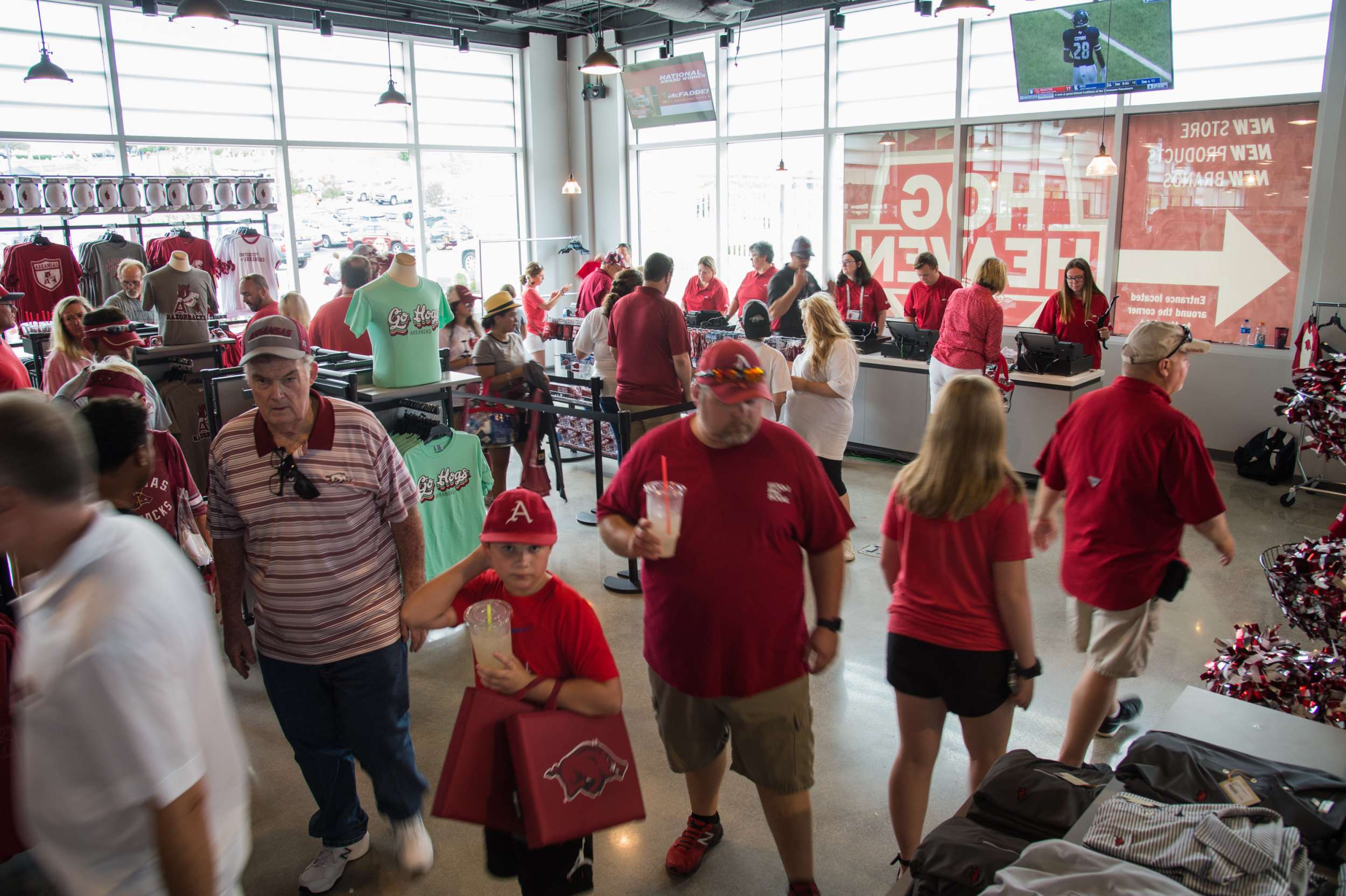 FAYETTEVILLE, Ark. – It’s Hard to be Humble when you’re rockin’ your Razorback gear and that gear is available during the grand opening of the Hog Heaven Team Store in the Frank Broyles Athletic Center on the North side of Donald W. Reynolds Razorback Stadium.

Join us from 10-6 on Saturday for great giveaways including autographed items from Razorback coaches. There will also be an appearance by Sue E. from 1-3 p.m. and customers who purchase $20 or more will receive a free t-shirt. Be sure to enter to win a $500 shopping spree when you stop by.

The new location opened as a football game-day store for the 2018 season. It replaces the Hog Heaven location in Bud Walton Arena as the daily store. Both locations will be open during football and basketball games.

The Sooieet Boutique was launched last year as a feature stop for game day and causal women’s apparel. It will continue to highlight those fashions in the new location.

Check out all of the Hog Heaven Team Store locations including the Northwest Arkansas Mall, the South stadium and kiosk locations during home games and online at shop.arkansasrazorbacks.com.