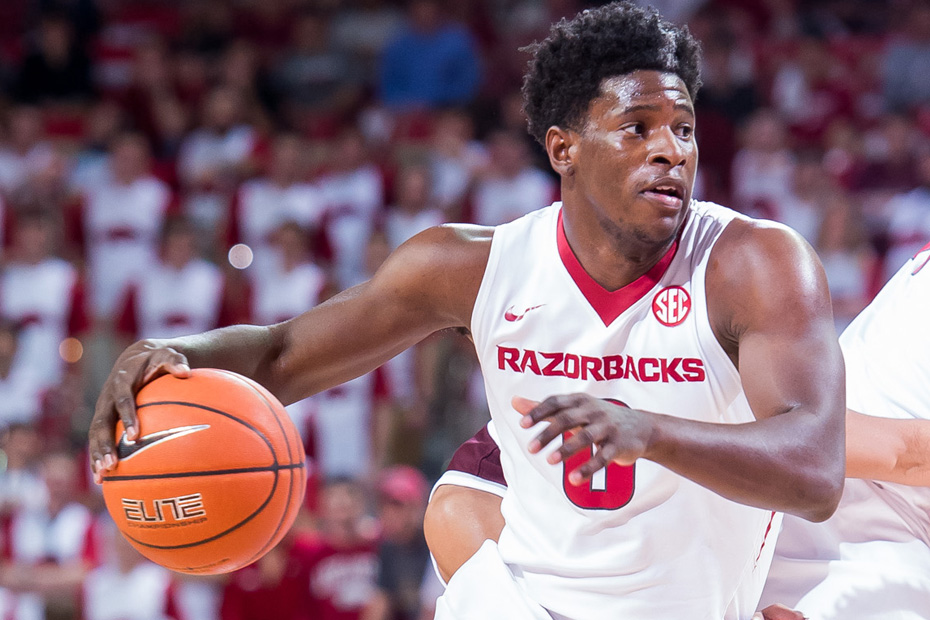 Hogs Come Up Short In Gainesville

Down 12 with 10:37 left in the second half, Arkansas (22-8, 11-6 SEC) used a quick 6-0 run to cut the Florida lead to six. That was a close it would get for the Razorbacks. Jaylen Barford tried to will Arkansas over the hump, but the Razorbacks could not string together a run large enough to overcome the Gators. Arkansas turned up the offense in the second half but Florida matched everything the Razorbacks had. No matter what Arkansas did offensively, Florida responded.

The Gators jumped out early on Arkansas, building a 16-point lead in the first half, while Arkansas struggled to score. Florida opened the game sinking 12 of their first 16 shots, as the difference  was fast break and paint points. Florida was able to bring the game to a pace it liked, working the ball down low and getting easy buckets in transition. Arkansas was outscored 24-12 in the paint in the first half and 8-0 in transition and trailed the Gators 41-28 at halftime.

The Gators and Razorbacks came into the game as the two best in the conference in bench production. However, Florida’s bench outscored Arkansas’ 36-12. Off the pine, Daryl Macon scored eight of Arkansas’ 12 bench points.

Barford led all scorers with 18 points and six rebounds. Moses Kingsley one rebound shy of a double-double with 17 points and nine rebounds. Dusty Hannahs scored 13 off of a 3-for-6 effort from behind the arc.

UP NEXT
The Razorbacks return home to wrap up the regular season Saturday, as Arkansas hosts the Georgia Bulldogs on Senior Day at Bud Walton Arena for a 1 p.m. tip on ESPN2.