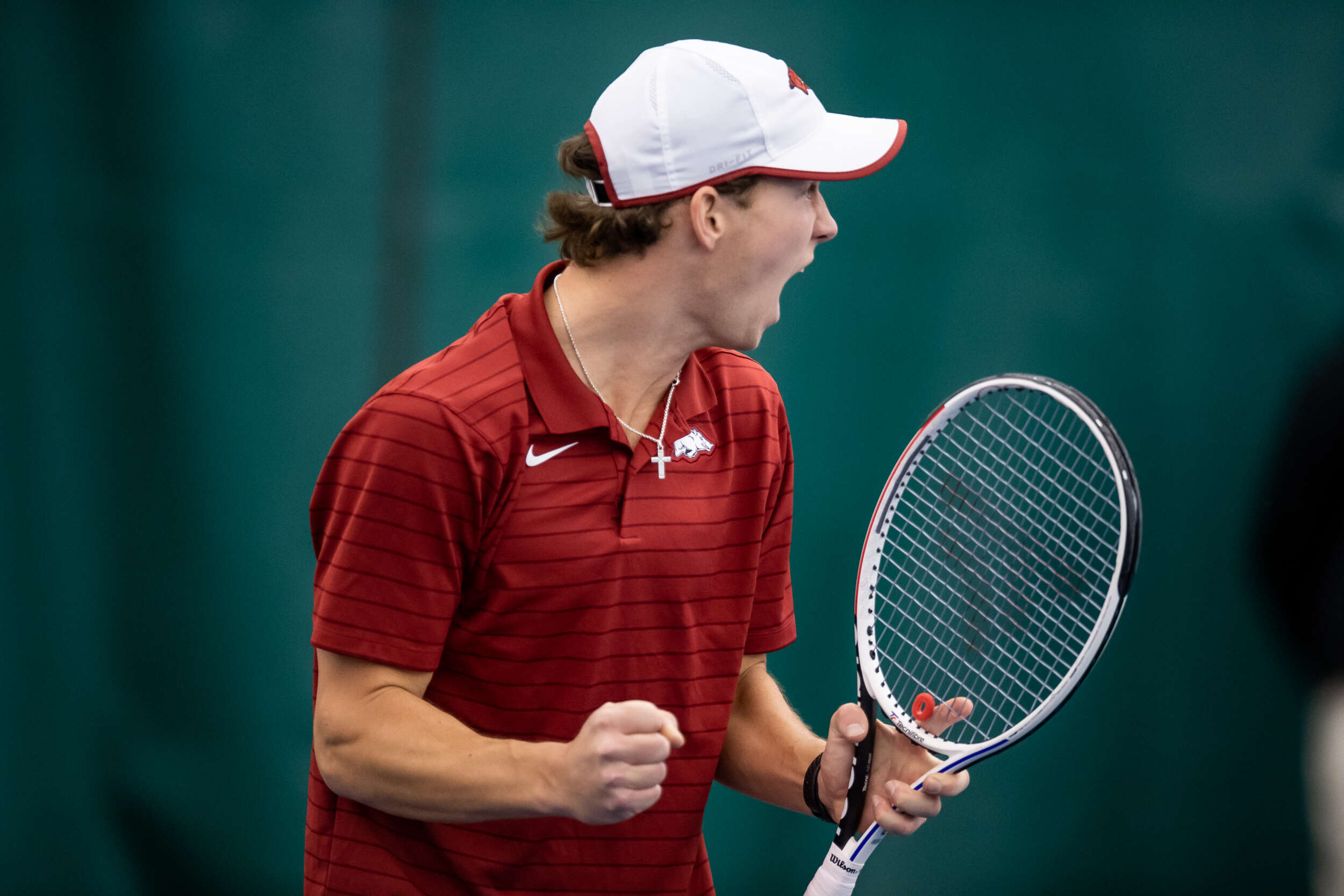 Hogs Drop First SEC Match on the Road at A&M

COLLEGE STATION, Texas- Arkansas Men’s Tennis (9-5, 0-1) competed in its first SEC match of the season when the Hogs took on the Texas A&M Aggies (8-5, 1-0) in College Station on Friday night. The Razorbacks put a lot of pressure on the hometown Aggies but ultimately fell, 4-3.

“Texas A&M responded to the pressure we applied,” Head Coach Andy Jackson said. “We must continue to play better in the must-have moments. We are progressing.”

Arkansas gutted out a big doubles win to start the evening, as the No. 47-ranked Razorbacks Adrien Burdet and Melvin Manuel won their set, 6-4, and then Arkansas’ Hunter Harrison and Jake Sweeney played some clutch tennis to clinch the doubles point with a 7-5 win on court three.

The Razorbacks have a quick turnaround as they will travel home to face Vanderbilt on Sunday.

“Vanderbilt is off to a great start this year,” Jackson said, “and it’s going to be a big challenge that we look forward to.”