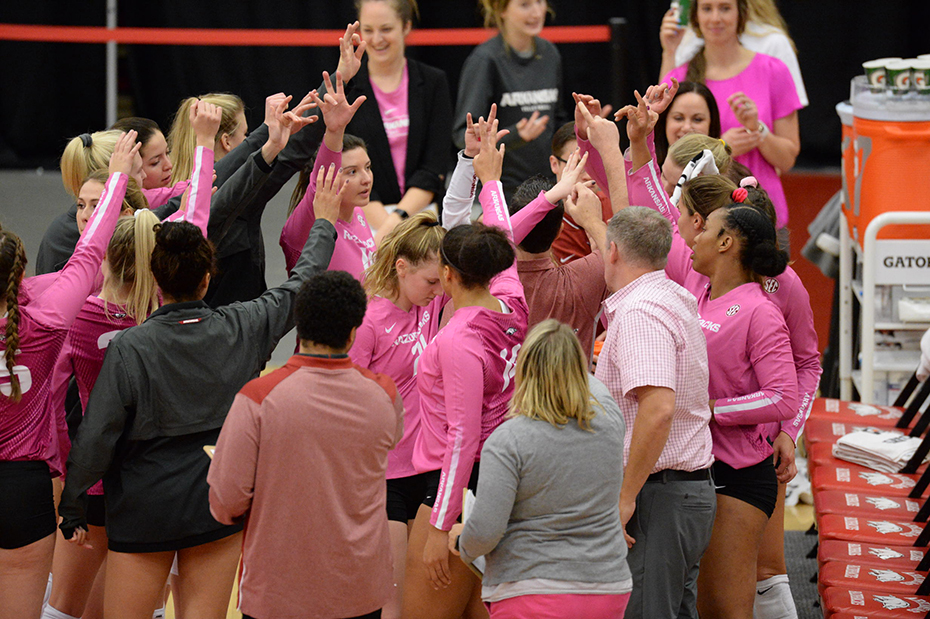 FAYETTEVILLE, Ark.- The Arkansas volleyball team fell 3-1 to Alabama Sunday afternoon in the team’s final October home match. With the loss, the Hogs are now 9-10 (3-6 SEC).

The Razorbacks dropped the first set 25-22, but rallied and dominated the second set for a 25-18 victory. Arkansas had a late-set rally in the third, but eventually fell 26-24. The Tide put the match away in the fourth, earning a 25-19 win.

Arkansas will return to the court Wednesday at Mississippi State. First serve is set for 7 p.m.