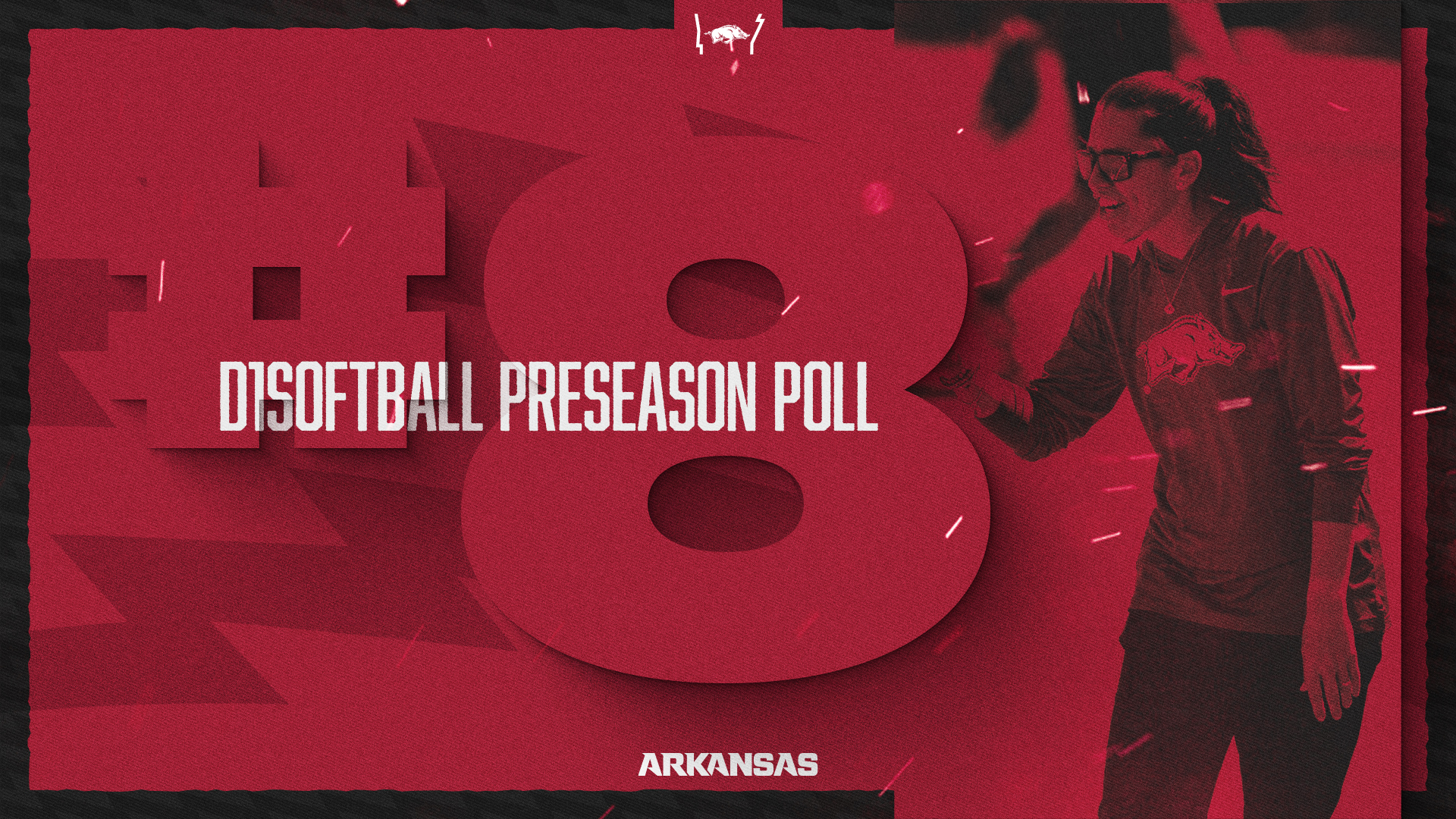 Arkansas’ No. 8 ranking by D1Softball ties for the highest preseason ranking by the outlet in program history. The Razorbacks were also selected as preseason No. 8 by the publication last season.

The Hogs are one of nine SEC teams to claim a spot in the poll, the most by any conference and are followed by the Pac-12 (five teams) and the Big 12 (four teams).

The Razorbacks will face 10 opponents (22 total games) ranked in D1Softball’s preseason poll, including four top-10 foes. Arkansas is scheduled to play 35 games against teams that qualified for the NCAA Tournament last year.

Back-to-back SEC Coach of the Year Courtney Deifel guided the Hogs to their most successful season in school history in 2022, winning a program-record 48 games and claiming the first SEC regular-season and tournament championship double in program history. Starring Chenise Delce and Hannah Gammill, Arkansas is one of three DI softball programs to return multiple 2022 NFCA All-Americans.