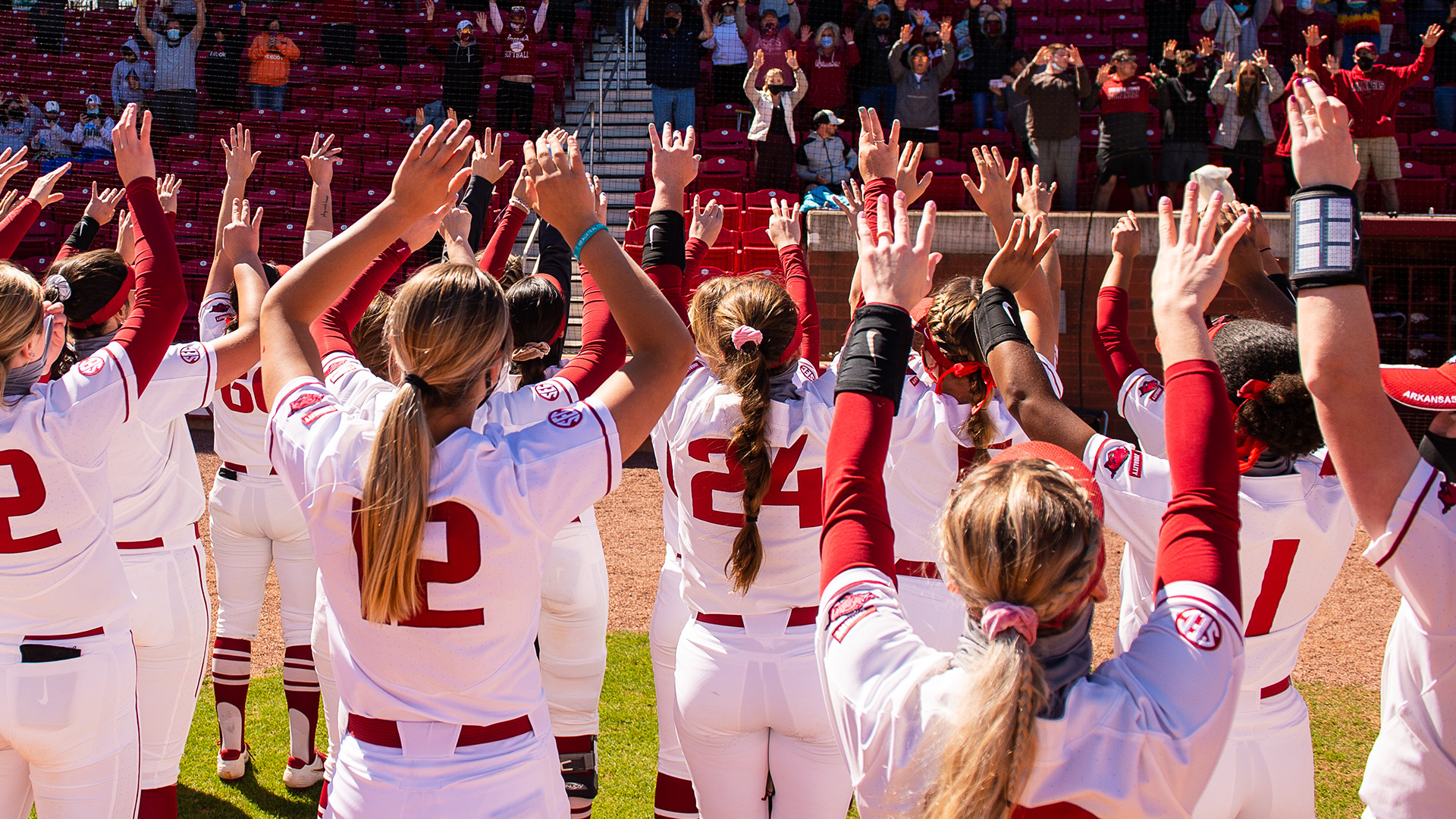 FAYETTEVILLE, Ark. – Arkansas softball earned a No. 9 ranking in the ESPN.com/USA Softball Preseason Poll that was released on Tuesday morning.

The Razorbacks are one of eight SEC programs to earn a spot in the poll, the most by any conference and are followed by the Pac-12 (five teams) and ACC (four teams). Last year Arkansas began the season ranked No. 21 in the poll.

If you're keeping track at home...

Earlier this week, Softball America ranked the Razorbacks 10th in its Preseason Poll and tabbed pitcher Mary Haff (No. 35), infielder Danielle Gibson (No. 45) and outfielder Hannah McEwen (No. 99) to its Preseason Top 100 list.

Arkansas opens its 2022 schedule at the Puerto Vallarta College Challenge with opening day slated for Thursday, Feb. 10 at 10 a.m. against Rutgers. The Hogs open their home slate on Thursday, Feb. 17 against Wichita State. Season tickets can be purchased HERE.