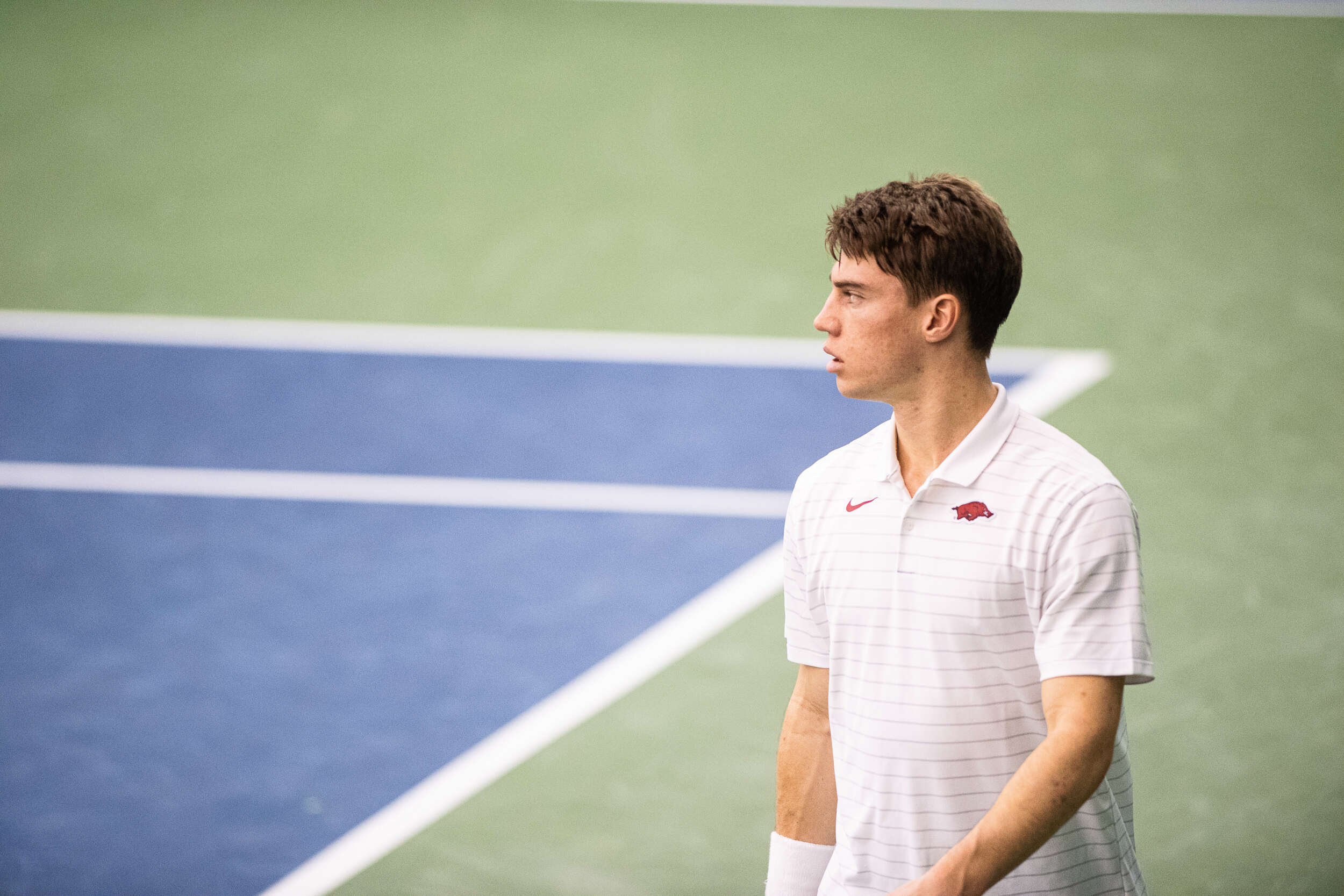 Hogs Edged by Rebels in Nailbiter, 4-3

The loss snapped a four-match winning streak for Arkansas, who will finish the regular season at LSU on Sunday.

“We played and fought well, enough to win,” Arkansas Head Coach Andy Jackson said. “Congratulations to Ole Miss for winning what was a massive match for both teams. It is a bitter pill to swallow, but we will swallow it. We look forward to playing LSU on Sunday.”

Arkansas came out of the gates hot, racing to a 1-0 lead after clinching the doubles point. The Razorback duos of Alex Reco/Nico Rousset and Adrien Burdet/Melvin Manuel won their doubles sets, 6-3.

With both teams eager to snatch an SEC win, the singles slate was tight and came down to the last match. Ole Miss struck first, winning on courts two and three in straight sets.

The Razorbacks answered with a couple wins of their own, with Reco topping No. 28 Nikola Slavic, 6-3, 6-3, and Aleksa Bucan defeating Jan Soren Hain, 7-6, 6-2. Arkansas held a 3-2 lead after Bucan’s win, drawing the Razorbacks to within one win of the victory with two matches to go.

That left Manuel in the deciding match of the day against Simon Junk. Manuel fought back from down a break, stamping the comeback with a backhand return winner that kissed the line to draw even at 4-4. He lost his serve in the next game to fall behind 4-5 before the match was halted due to lightning in the area.

Once the match moved indoors, Junk finished it quickly from there, winning the third set, 6-4, to clinch the match for the Rebels.

Arkansas heads to Baton Rouge to take on LSU with the match set to start at 1 p.m.