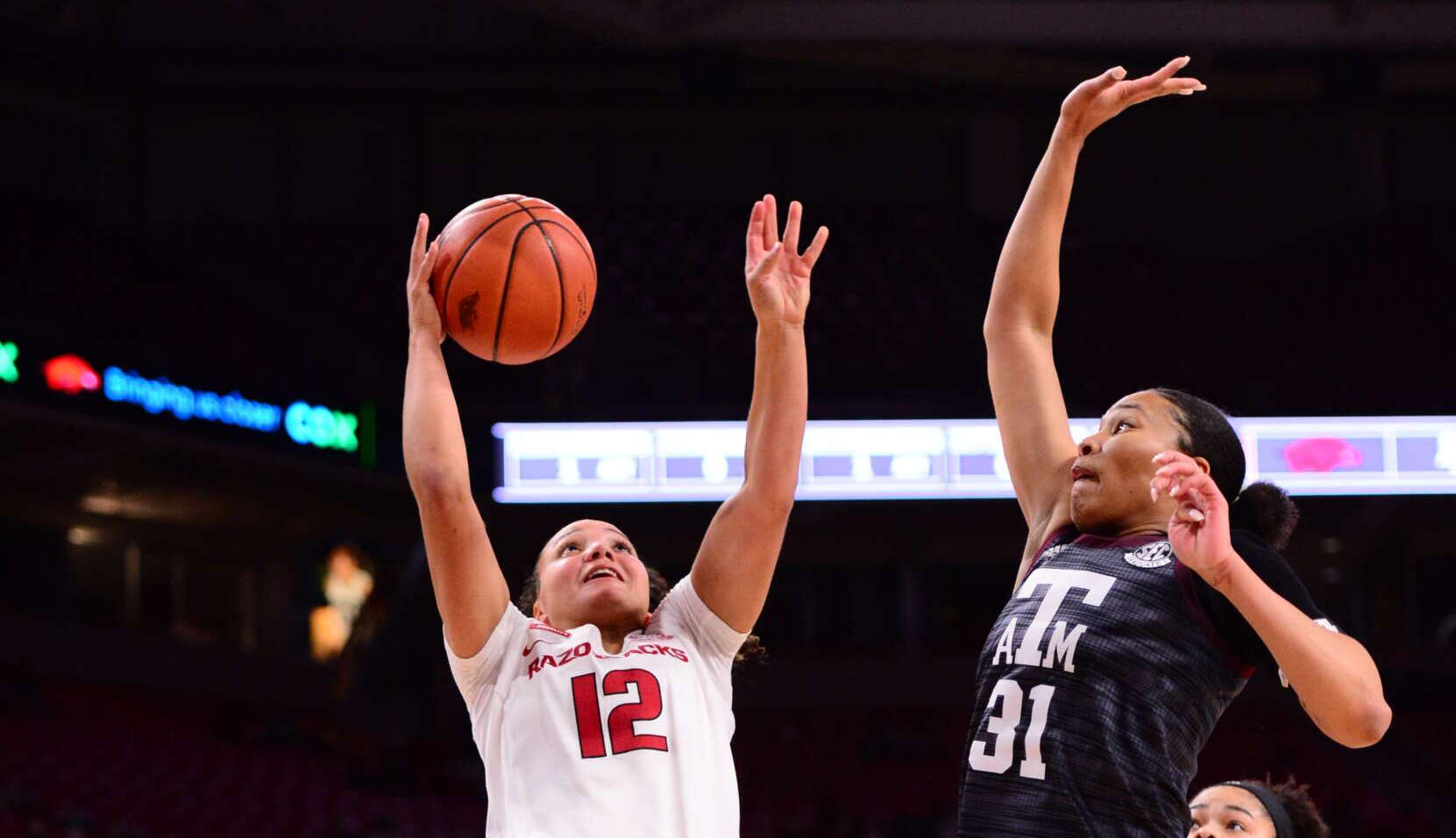 The Hogs were as balanced as they had been all season against the undefeated Aggies, and were once led by redshirt senior guard Chelsea Dungee, who nearly willed Arkansas to a win. She scored 21 points in the game, making six of her 15 shots, five of which were from long range. Destiny Slocum also made her presence felt in the game, going for 13 points and a team-high six assists. Makayla Daniels scored 16 points to go along with four steals, while Jailyn Mason made the most of her start in place of Amber Ramirez, scoring 13 points on an efficient 5 for 11 clip.

It was a back-and-forth battle in the second half with neither team able to pull away. There were six lead changes in the second half, one of the biggest ones coming when Slocum made a crisp, under-the-basket pass to Erynn Barnum who knocked down a mid-range jumper to take a 58-56 lead.

Arkansas was able to expand on the lead in the following minutes, with Dungee and Mason hitting corner threes to get the fans in Bud Walton Arena on their feet. But A&M had an answer to every Razorback run and forced a turnover with just over 20 seconds left with a chance to take the lead. Nixon’s bucket followed on the next possession.

On the ensuing possession, Dungee received the inbounds pass with under one second remaining, and a contested jump shot fell short with no foul called.

Arkansas will stay in Fayetteville to take on Florida on Thursday. Tip against the Gators is set for 7 p.m. CT.