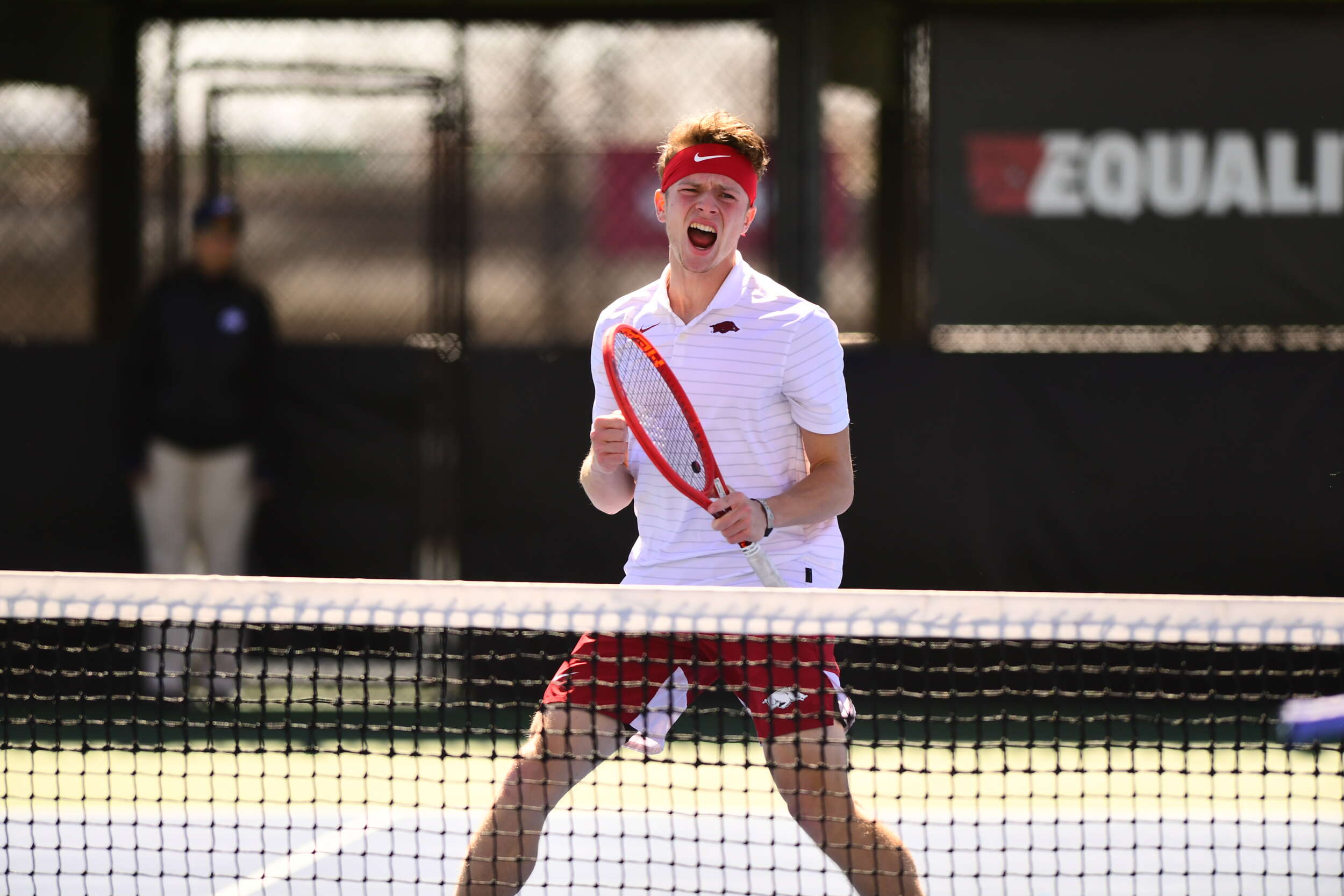 Hogs Fall Short in Upset Bid Against No. 12 Kentucky

The match came down to the singles match on the top court, between Arkansas’ Alex Reco and Kentucky’s Liam Draxl, and it was a thriller. The two pushed each other to a deciding third set which saw Reco go up 4-3 before Draxl broke and got back in the set.

It was the visiting Wildcat who emerged victorious in the two-and-a half hour long match, winning the third set, 6-4.

“Congratulations to Liam and the ‘Cats,” Head Coach Andy Jackson said. “Drexl is the reigning national player of the year and when he had to have it today, he was better. Bitter loss for us, but we know we put our hearts on the line. We were unable to finish, but I’m proud of my team. Alex is a dream young man to coach, and we all feel for him. His fight was outstanding.”

Arkansas gave Kentucky all it could handle, starting fast by claiming the doubles point. Reco and Nico Rousset won in a tight one on court one, 7-5, while Melvin Manuel/Adrien Burdet coasted to a 6-3 win on court two.

Singles play proceeded on the windy afternoon in Fayetteville, and the Hogs rode their momentum from the doubles point to a strong start in singles. No. 47-ranked Aleksa Bucan was lethal on court six, cruising to a 6-2, 6-1 win to extend Arkansas’ lead to 2-0.

The Wildcats then started to show why they are one of the best teams in the nation, punching back with a couple wins of their own. Tied a 2-2, Arkansas’ Melvin Manuel continued his stellar season by prevailing in the third set over JJ Mercer, improving to 11-1 in singles on the season and bringing the Hogs within one point of the win.

Adrien Burdet pushed No. 37 Joshua Lapadat to a third set in a grind of a match but could not pull out the win, falling 6-3 in the decider. Draxl finished the job with his victory over Reco, and Arkansas lost in a nailbiter.

The road does not get easier for the Hogs, as Arkansas will travel to Athens, Georgia, on Friday, March 18 to take on the No. 8 UGA Bulldogs.

“Next is on to No. 8 Georgia in Athens: the gold standard of programs. We are excited for the challenge,” Jackson said.