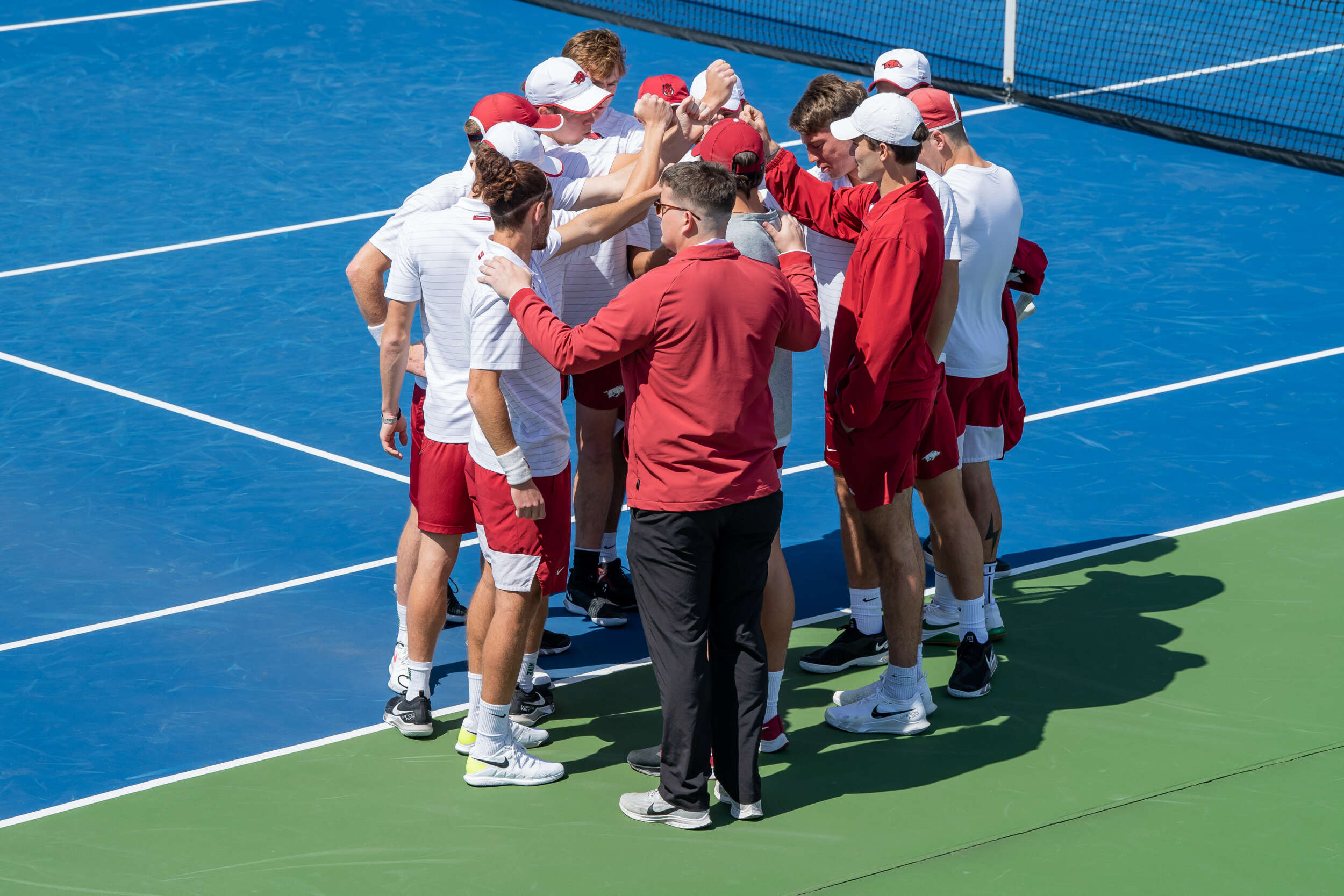 Hogs Fall to No. 10 Kentucky in Quarterfinals of SEC Tournament

ATHENS, Ga. – Arkansas Men’s Tennis fell in the SEC Tournament quarterfinals on Friday to the third-seed and No. 10 Kentucky Wildcats, 4-0.

“Again, we fought and played well,” Arkansas Head Coach Andy Jackson said. “Kentucky was better at the end of the first sets and then broke it open. Congratulations to them as they showed why they are a contender for the NCAA championship.”

The Wildcats jumped in front early in the doubles point, claiming sets on courts one and three to build a 1-0 lead.

Arkansas played Kentucky tight for much of the singles action. Razorback senior Nico Rousset built a 5-2 first set advantage over No. 16 Gabriel Diallo but ended up falling, 7-5. Oscar Pinto and Aleksa Bucan pushed both of their first sets to tiebreakers at 6-6, but each fell in their respective tiebreakers.

Hog senior and No. 26-ranked Alex Reco looked sharp to start his singles match, winning his first set over No. 8 Liam Draxl, 6-4. Reco trailed 3-5 in the second set when the match was halted.

“We will be one of the last in the NCAA or one of the first out,” Jackson said. “It will be a long ten days to wait.”