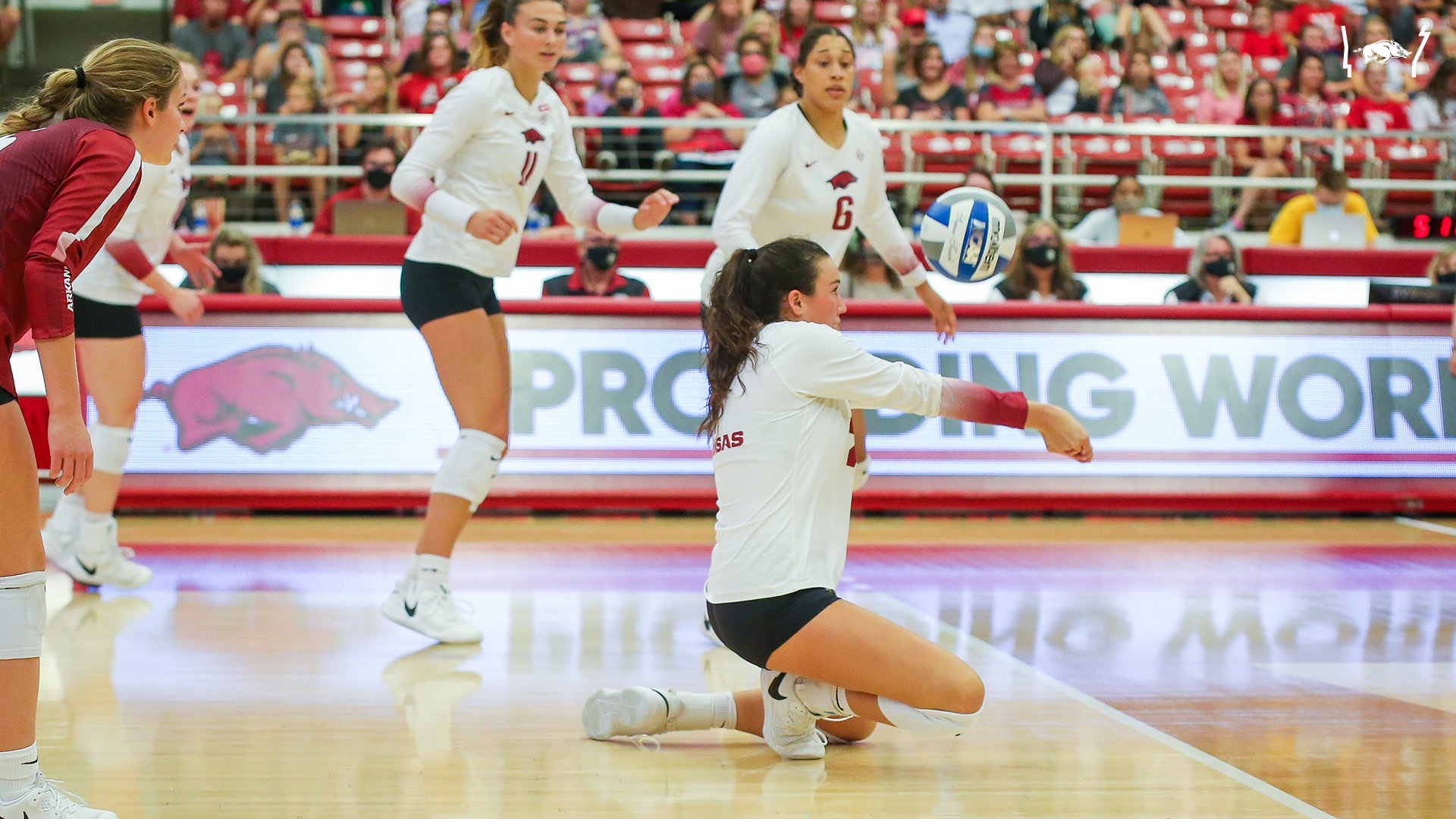 Hogs Head to Lexington, Take On No. 5 Kentucky

Arkansas volleyball gets back to action in a big way this weekend as the Hogs take on the reigning national champion No. 5 Kentucky Wildcats in Lexington on Friday and Saturday.

Kentucky currently leads the SEC with an undefeated 6-0 record and is 13-3 overall. Arkansas remains in fourth place after an off week with a 5-2 conference record and 14-4 on the season.

The Wildcats returned all but two starters from their title-winning team, including outside hitter Madi Skinner and middle blocker Azhani Tealer. Skinner is fourth in the SEC in kills per set with 3.96, while Arkansas’ Jill Gillen comes in at second with 4.28. Tealer is one of the top players in the conference on both offense and defense, with a .434 hitting percentage and an average of 1.39 blocks per set, both third-best in the SEC.

Freshmen Emma Grome and Eleanor Beavin have come in to fill the vacancies at the setter and libero positions. Grome is just behind the Razorbacks’ Gracie Ryan in assists per set in the conference with 11.12. Ryan is first in the SEC and seventh in the NCAA with 11.36.

Friday’s match will be televised live on SEC Network and is set for 8 p.m. CDT. Saturday’s finale will begin at 6 p.m. and will be streamed on SEC Network+. Kentucky will provide live stats for both matches.

Prior to their off week, the Hogs had a full schedule with three matches against Ole Miss and Auburn. Arkansas grabbed a sweep in Oxford over the Rebels on Wednesday, and despite falling behind 0-1 on both days and 0-2 on Sunday, the Hogs also secured the series sweep over Auburn at home on Oct. 9-10.

The team returns to Barnhill Arena next week for one midweek match against Missouri on Oct. 27 before another off weekend. The Hogs resume play with a conference series at Alabama Nov. 6-7.