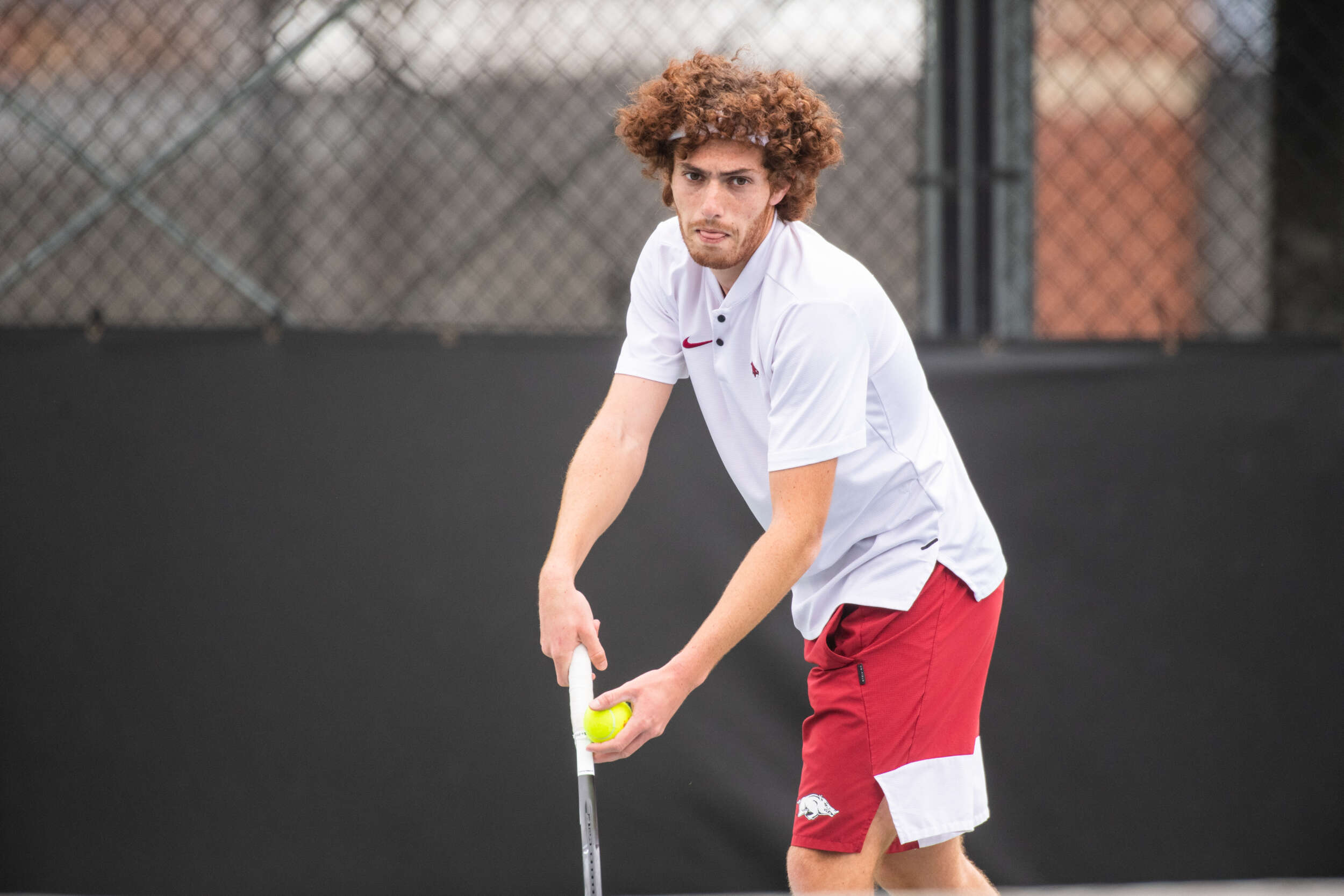 FAYETTEVILLE, Ark.- The Arkansas doubles team of Alex Reco and Nico Rousset claimed the doubles title of the Legacy Bank ITF World Tour 15k in Fayetteville Saturday afternoon. The Hogs teamed up to take down the second-seeded duo of Abraham Asaba and Sekou Bangoura, 6-3, 3-6, 10-6.

Reco and Rousset won four matches en route to the championship, taking down both the No. 1 and No. 2 seeds and dropping only two sets the whole tournament. In addition to the title, the duo picked up 12 ATP points as doubles champions.

It was an impressive week for the hometown Hogs, as Arkansas tallied seven match victories in the pro-level tournament, including two doubles teams making the quarterfinals, with Reco and Rousset taking home the doubles trophy.

The Razorbacks will look to build off of their strong performance as they head to Tulsa, Oklahoma, to compete in the ITA Men’s All-American Championships. The tournament will start with the qualifying rounds Monday, Oct. 2 and wrap up on Sunday, Oct. 10.