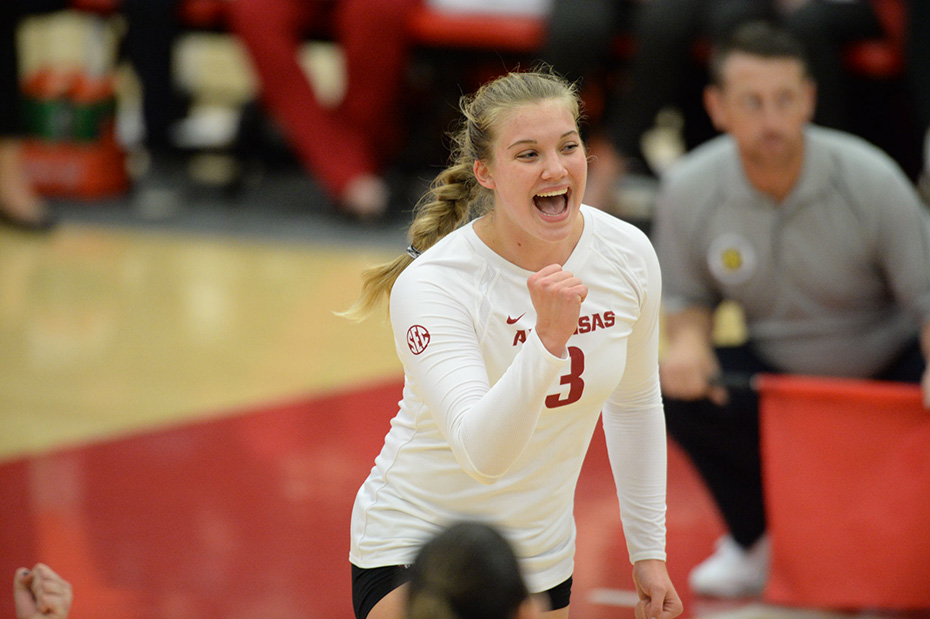 FAYETTEVILLE, Ark.- In a come-from-behind victory over Ole Miss, the Arkansas volleyball team earned its first conference win Friday night. The Hogs (7-8, 1-4 SEC) were down 2-0 heading into the third set, rallying to snap a six-match losing streak.

The Hogs dropped the first two sets in close decisions, with the Rebels earning 26-24 and 22-25 victories. The third set saw another close decision, but the 25-22 victory favored Arkansas.

Building on the momentum from the third set, the Razorbacks fought to a 25-19 victory before putting the match away with a 15-13 win in the final set.

Sophomore Hailey Dirrigl recorded her third career double-double with 22 kills and 13 digs against the Rebels. The team posted a season-high 93 digs, with senior Okiana Valle recording a team-leading 32.

Arkansas will return to the court Sunday afternoon at Missouri, facing the Tigers for the second time this season.