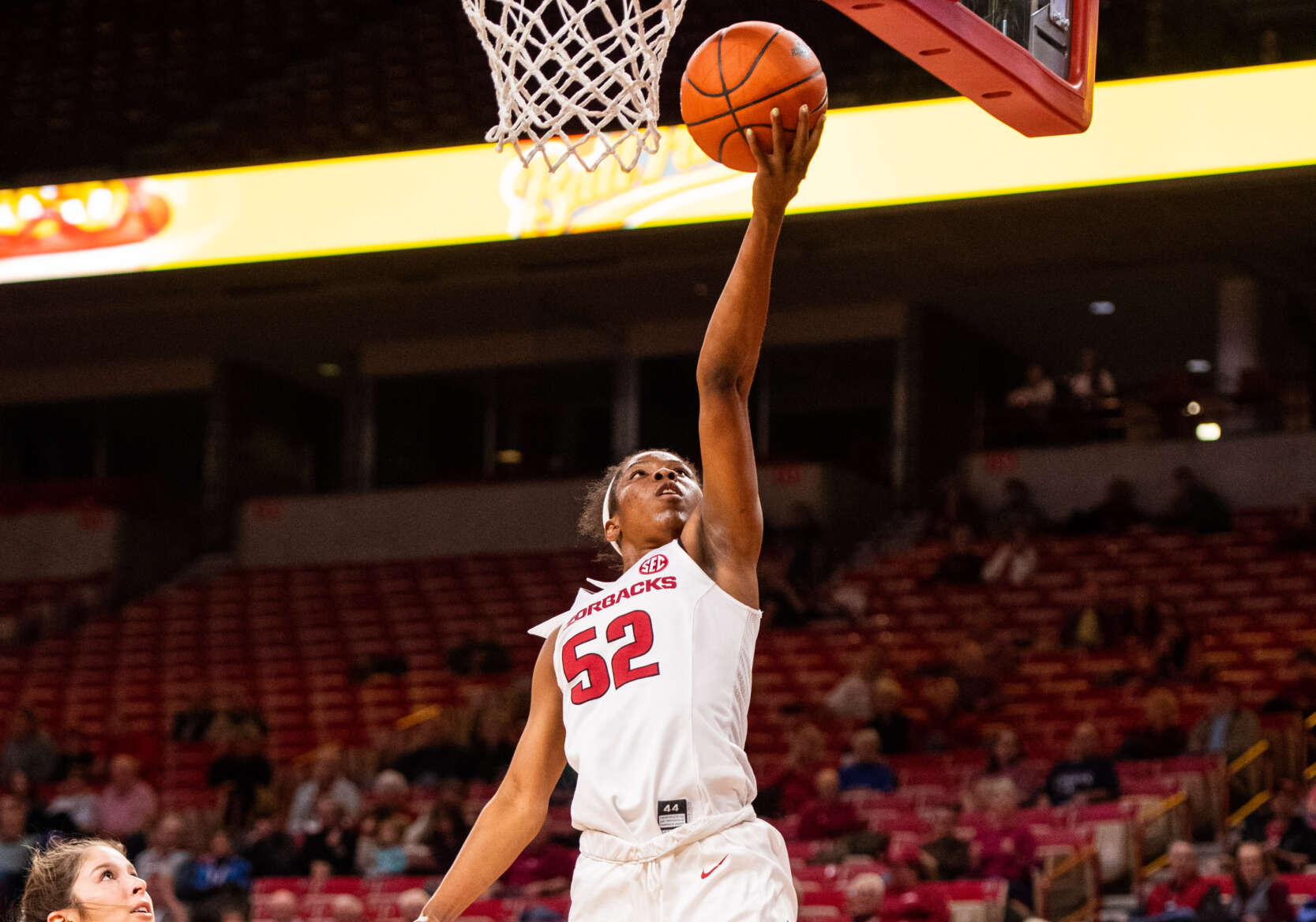 Head Coach Mike Neighbors’ Razorbacks continue to make offensive history this season, as they once again broke the program record for most points in an SEC game, scoring 108 points. This is their second straight game breaking that record, as the Hogs dropped 103 on then-No. 15 Kentucky last Sunday. Neighbors’ Hogs also shattered the program record for field-goal percentage in an SEC game, shooting a whopping 64.4 (38-59) percent from the field. The previous record, 60.4 percent, had stood for 20 years (2/11/99).

Senior guard Alexis Tolefree continued her statement season with another great outing against Ole Miss, going for a team-high 19 points in the win. She was once again the picture of efficiency, going four of six from the field, two of three from long range, and nine of 10 from the free throw line. Chelsea Dungee and Amber Ramirez also had solid outings in the Pavilion, going for 18 points and 17 points, respectively.

The Hogs were absolutely lethal offensively in the first half, shooting the ball at a staggering 69.7 percent clip, the best shooting half for the Hogs since last week’s 71.8 percent shooting barrage in the second half vs. Kentucky. That included a 32-point first period, the fifth time over the course of SEC play the Hogs eclipsed 30 points in a single quarter.

The scoring for the Razorbacks was spread out in the first half, as all nine Hogs that touched the floor scored at least four points. Tolefree led the way with 11 in the first half. Ramirez, Dungee and A’Tyanna Gaulden all had nine.

The Razorbacks return home for a huge matchup on Thursday, as  No. 25 Tennessee comes to Bud Walton for another ranked showdown. That game is set to tip at 6 p.m. CT, and will air on the SEC Network.