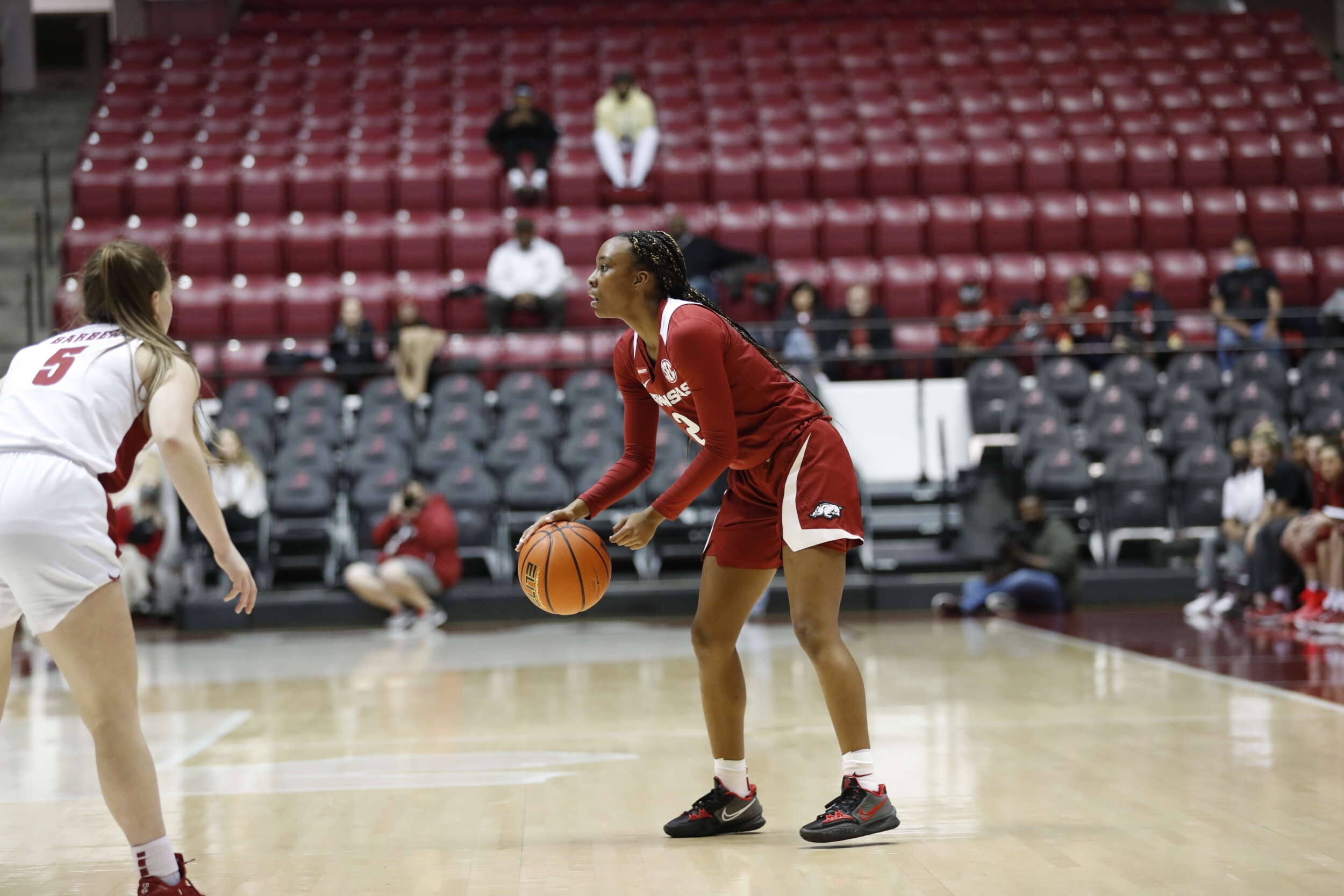 Redshirt senior guard Amber Ramirez led the charge in this one, nearly triple-doubling against the Tide. Ramirez would finish the game with 19 points, nine rebounds, and seven assists. She hit five threes in the contest, her third time already in conference play hitting five or more triples. The lead guard duo of Samara Spencer and Makayla Daniels chipped in with 18 points each.

The Hogs scored well in the first frame, totaling 21 points, but their defense was suffocating in the opening period, holding the Tide to just 11 points. Arkansas held Alabama to just 25 percent shooting in the frame, and forced six Alabama turnovers. The Hogs would go into halftime up 44-27, with a chance to put the game away in the third quarter.

Head Coach Mike Neighbors’ squad did just that, using a 14-5 spurt at the end of the third quarter to put this game to bed early. Erynn Barnum, who saw game action for the first time since she was injured against Cal all the way back on December 5, helped the Hogs keep the pedal down, as she scored six points in the third.

The Hogs return to Bud Walton Arena on Sunday afternoon, where they will take on Mississippi State. That game is set to tip at 3 p.m. CT, and will air on SEC Network.