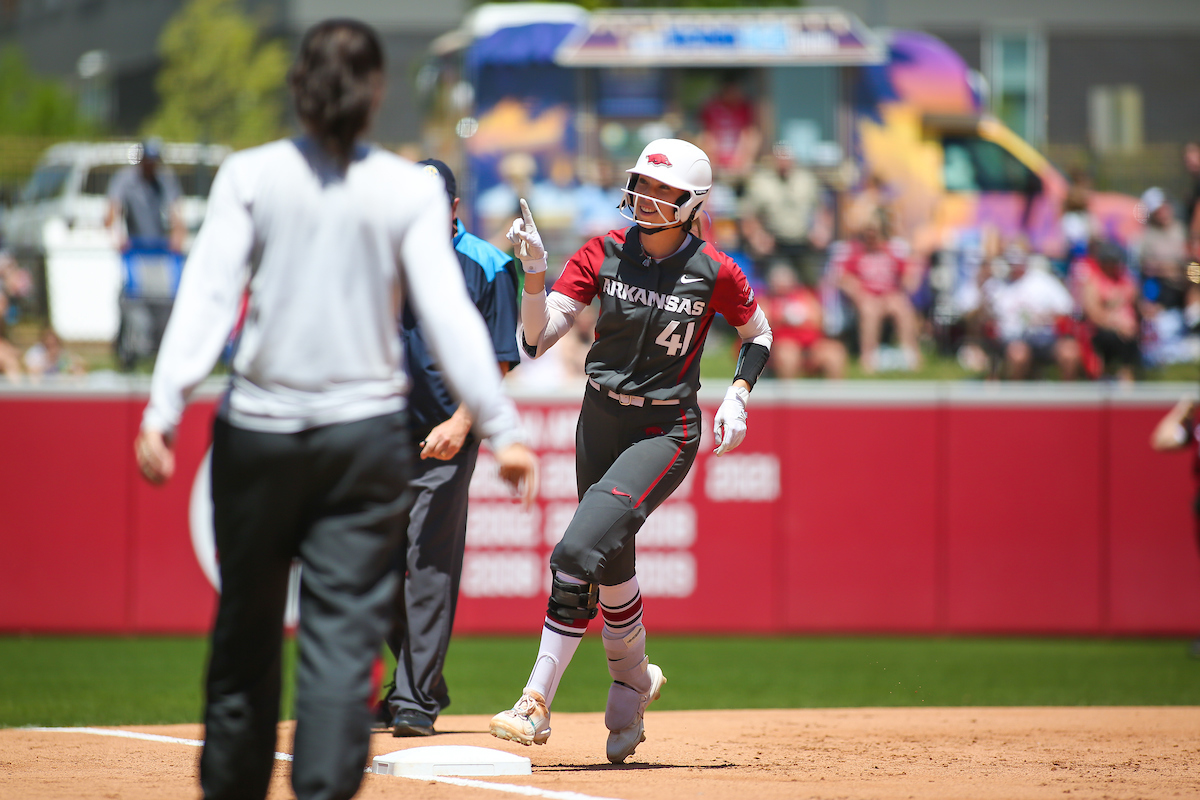 The Razorbacks are the only SEC team to win every conference series during the 2022 season. After Saturday’s win, Arkansas moves to 38-8 overall and 16-4 in the SEC. The Hogs also expand their win streak to seven games.

Senior RHP Mary Haff (15-3) made the start and dialed in the win for the Hogs, restricting the Gamecocks to two runs on four hits. The Winter Haven, Fla., native retired the first 12 hitters she faced, including striking out four-straight to begin the game, before the Gamecocks broke up the no-hit bid in the fifth. Haff amassed seven strikeouts and tossed four scoreless frames. Junior RHP Chenise Delce tallied her third save of the season after taking over with bases loaded and no outs in the seventh. Delce dealt back-to-back strikeouts before forcing a ground out to end the game.

Malkin was a force at the dish with two home runs and four RBIs. Gibson showed out, going 2-for-3 with a home run and two runs scored. Senior KB Sides slashed a three run homer and single to go along with a stolen base. Junior Audrie LaValley sailed a double to right center, and senior Hannah McEwen and freshman Kacie Hoffmann each recorded a base hit.

After a quiet first, Danielle Gibson put Arkansas in front with a solo home run in the second.

Three run bombs by Linnie Malkin and KB Sides padded the Razorback lead to 7-0 in the fourth.

South Carolina got its first run of the weekend on a solo HR in the fifth, but Malkin answered in the bottom frame on a solo shot to extend the lead to 8-1.

The Gamecocks were able to scratch a few runs across but they weren’t enough as the Hogs claimed stretched their win streak to seven.

Arkansas looks for its third conference sweep of the year on Senior Sunday with a 10:30 a.m. first pitch. The Senior Day ceremony will be held in conclusion of the game. 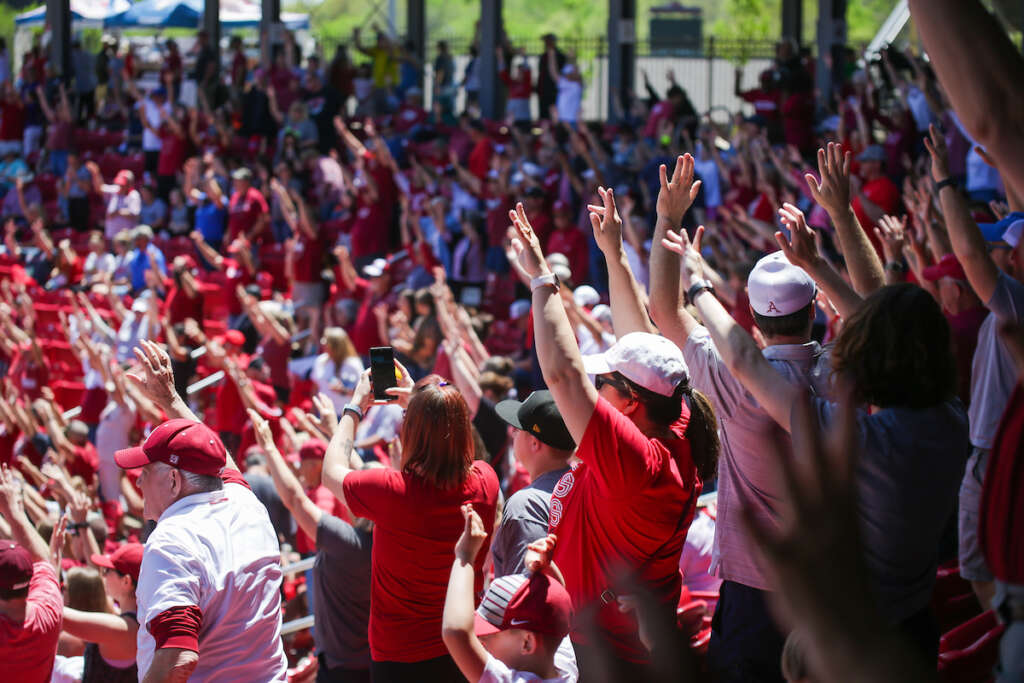