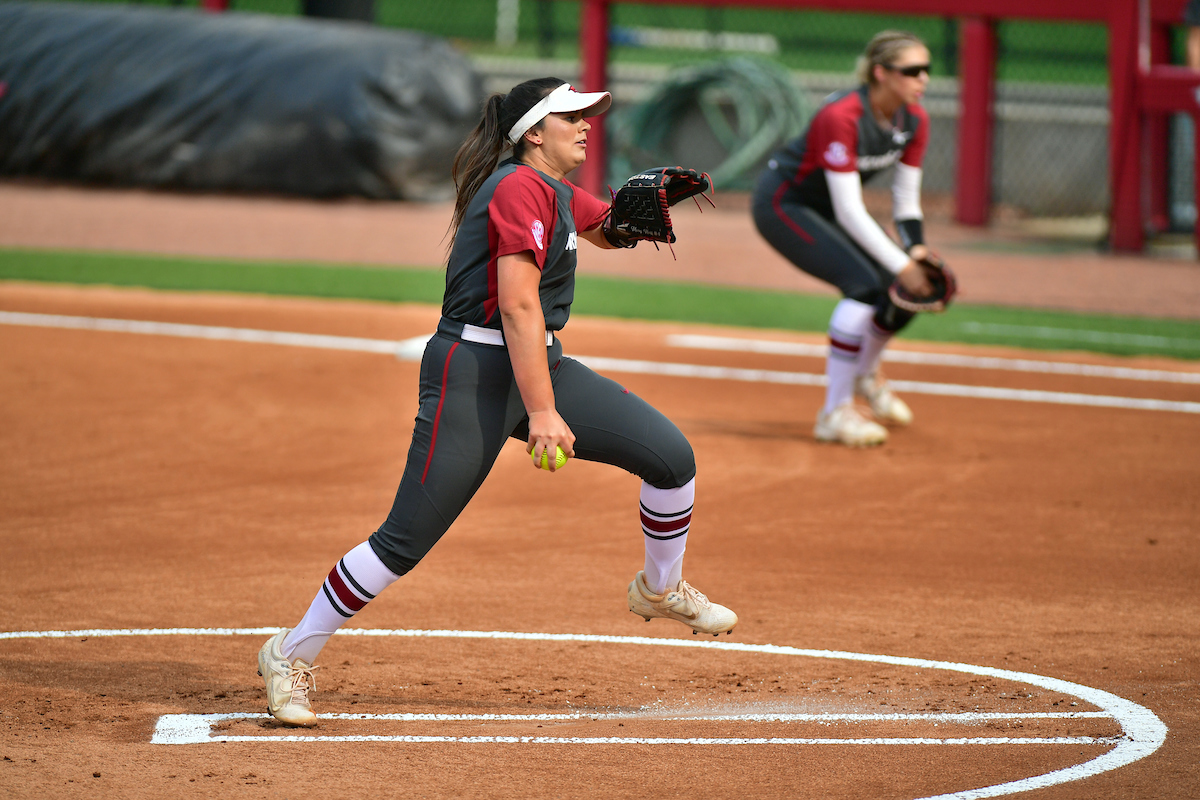 FAYETTEVILLE, Ark. – Senior RHP Mary Haff became the program’s all-time shutout leader after tossing the 27th of her career to lead No. 4 Arkansas to a 11-0 (5), NCAA tournament-opening win over Princeton Friday night at Bogle Park.

“Having run support means everything,” said Haff. “Being able to go out there and pitch relaxed has been the mantra of our pitching staff this year. Just knowing we have one of the best offenses in the country allows us to play relaxed.”

Arkansas improves to 45-9 on the season. For the second-straight year, the Razorbacks opened the NCAA tournament with a win. The Razorbacks defeated Manhattan, 8-0, in 2021.

Senior Danielle Gibson did a little bit of everything to electrify the Razorback offense. The slugger went 1-for-2 with grand slam and sacrifice fly to account for five RBIs. Senior KB Sides did damage at leadoff, reaching base in all four appearances while compiling two hits, three runs scored and an RBI. Graduate Taylor Ellsworth went 2-for-3 with a double, single and an RBI. Seniors Hannah McEwen and Linnie Malkin each bolted base hits. 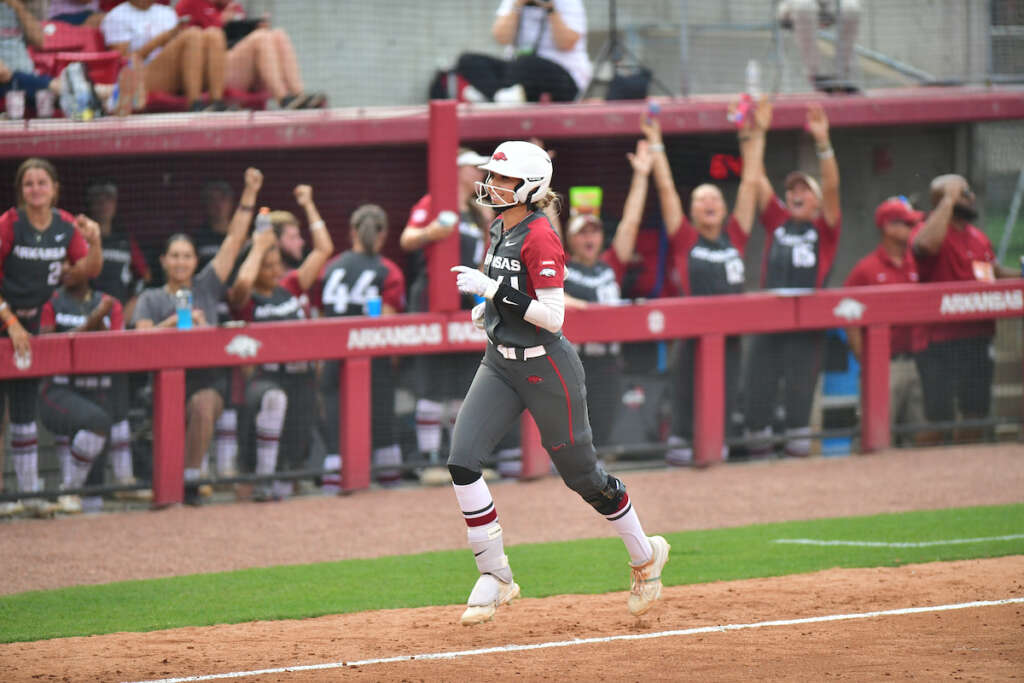 Haff (19-4) commanded in the circle en-route to a two-hit shutout with six strikeouts and zero extra base hits in five frames. Along with becoming the program’s all-time shutout leader, Haff tallied her 96th career win. The Winter Haven, Fla., product retired the last seven batters she faced against the Tigers and has now thrown 15 scoreless innings, dating back to game three against Texas A&M on May 8.

The Hogs outhit the Tigers at a 7-2 clip while recording their sixth-consecutive game with zero errors.

Arkansas took an early 1-0 lead in the first on McEwen’s ground out to short, which induced a Princeton throwing error to third and allowed Sides to score.

Ellsworth broke the game open in the third frame on her RBI double to center that scored Sides. Gibson padded the lead to 4-0 on her sacrifice fly to deep center, scoring McEwen from third.

In the fourth, Friedman scored the Razorbacks’ fifth run after taking home on a wild pitch. Gibson then smacked her 19th home run of the season, slinging a grand slam to right center and enhancing the Hog lead to 8-0. Friedman and Sides followed suit and were struck by pitches with the bases loaded to tag on two more runs. Arkansas got its final run of the night on McEwen’s RBI single through the left side to score LaValley and manufacture the 11th run.