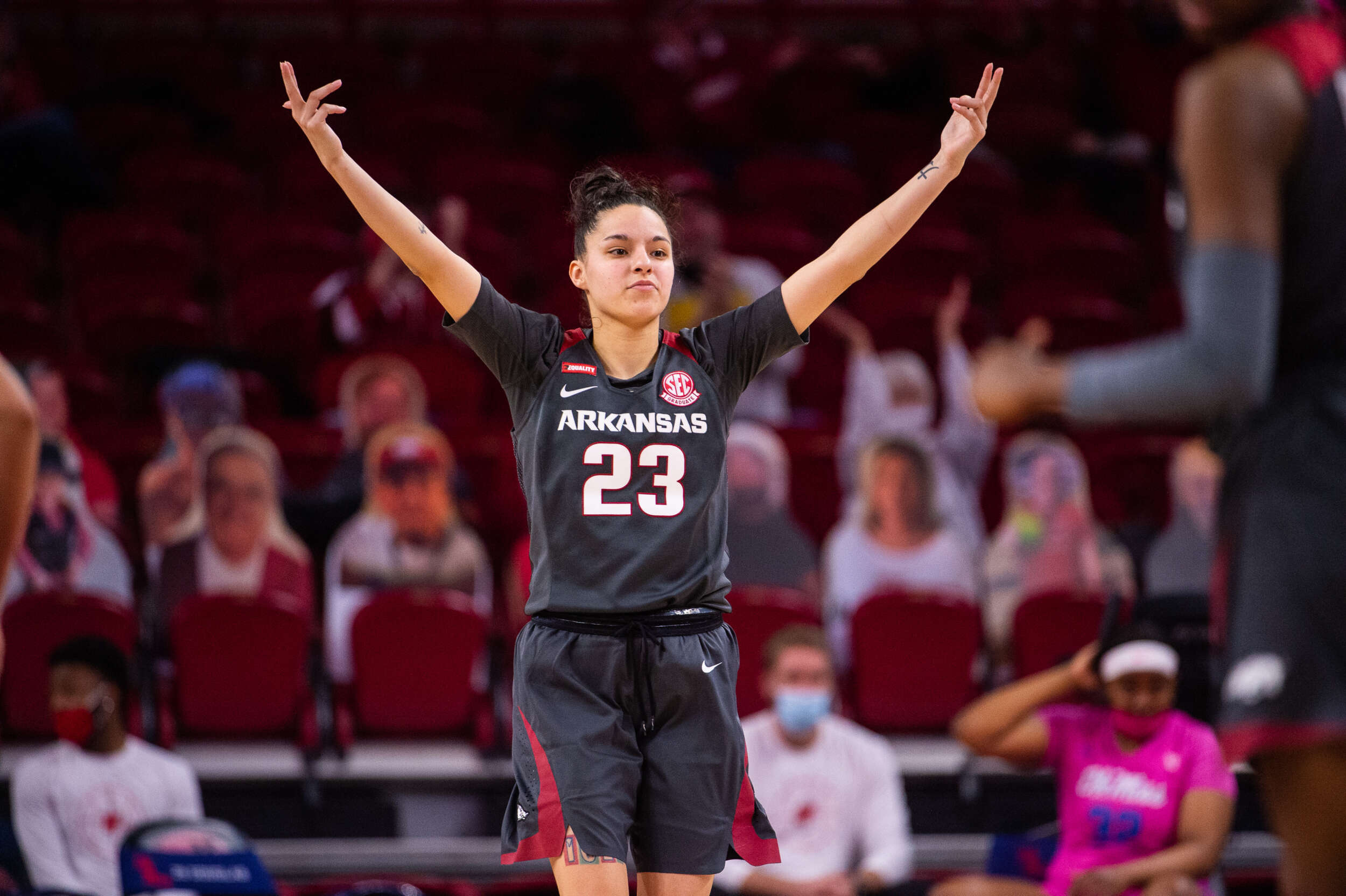 FAYETTEVILLE, Ark. – Arkansas Women’s Basketball was picked to finish seventh by the league’s coaches during the 2022 Southeastern Conference Season, the league office announced today. South Carolina was selected by the media to win the league, while Texas A&M, Tennessee, Georgia, Kentucky and Ole Miss were slated above Head Coach Mike Neighbors’ Razorbacks. Arkansas was picked to finish sixth in the SEC Preseason Media Poll last week.

For the first time in her career, redshirt senior guard Amber Ramirez earned a preseason All-SEC honor, being tabbed as a member of the Preseason Second Team by the coaches. Ramirez has been stellar since transferring to Arkansas from TCU, becoming a key cog in the offense machine that is Coach Neighbors’ offense. Last season, Ramirez averaged 13.5 points, third on the team behind WNBA Draft picks Chelsea Dungee and Destiny Slocum. The Splash Sister lived up to her name once again last year, drilling 77 threes on the season on 43.5 percent shooting, marks that were good for 11th and 15th in the nation, respectfully.

Player of the Year