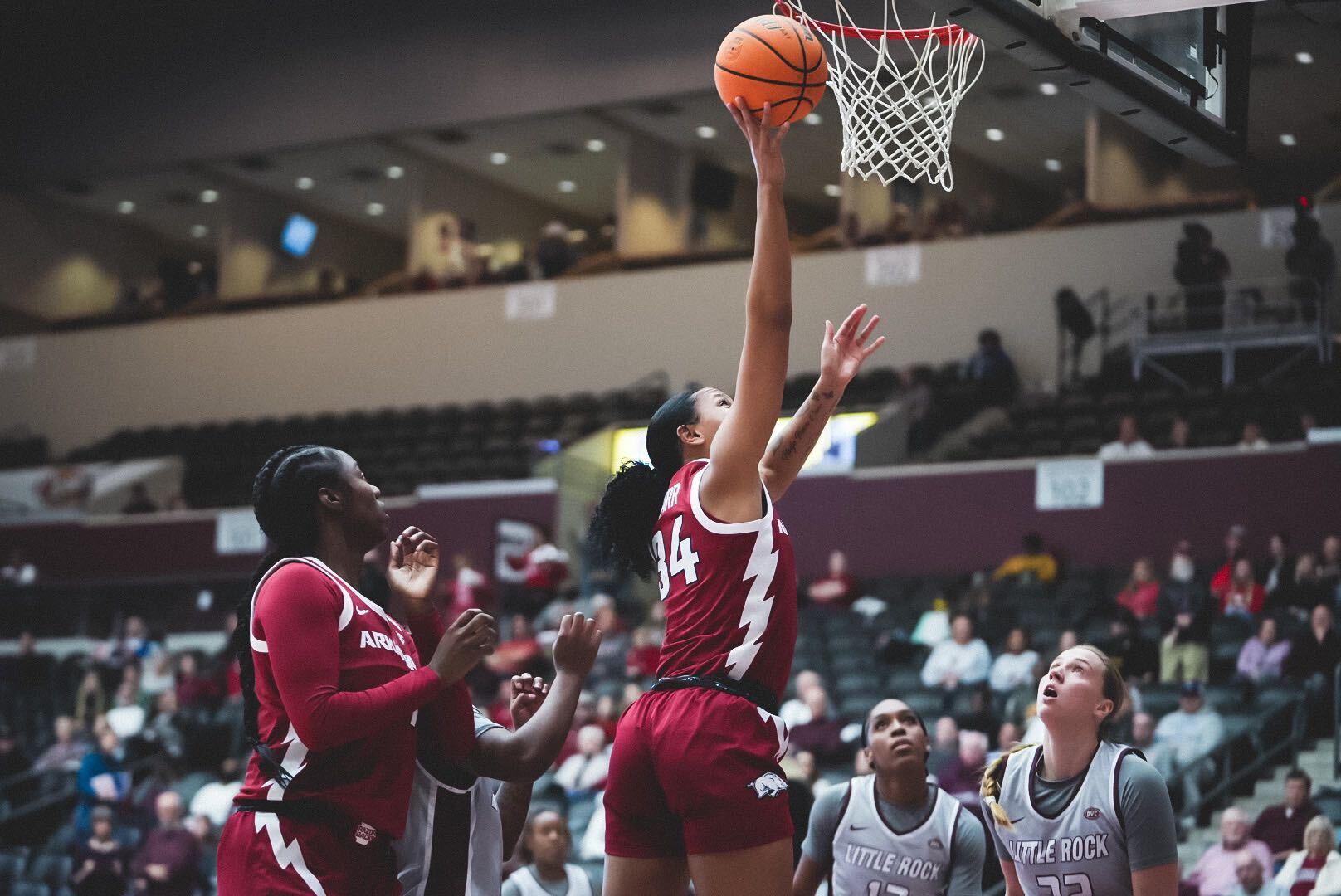 LITTLE ROCK, Ark. – Arkansas women’s basketball (5-0) shot 63 percent from the field at Little Rock on Sunday afternoon to handle the Trojans (1-2), 93-49. The Razorbacks went 30-for-48 from the field, 10-for-19 from beyond the arc, to put up a season-high 93 points. Four Razorbacks reached double digits in scoring, while all 12 Razorbacks saw time on the court. Chrissy Carr paced the team with a season-high 22 points off 7-of-10 shooting from the field to help Arkansas remain a perfect 5-0 on the year and 3-0 in the state.

The third quarter was the Carr show, as the redshirt senior tallied 15 of her 22 points in the frame. Carr knocked down back-to-back-to-back 3-pointers and could not be stopped. The 3-point show continued, as Daniels drained one from deep to extend the Razorback lead to 40 points, 65-25, with 3:40 left in the third. Carr made both of her free throws to end the quarter and Arkansas was out front 69-26 after three quarters.