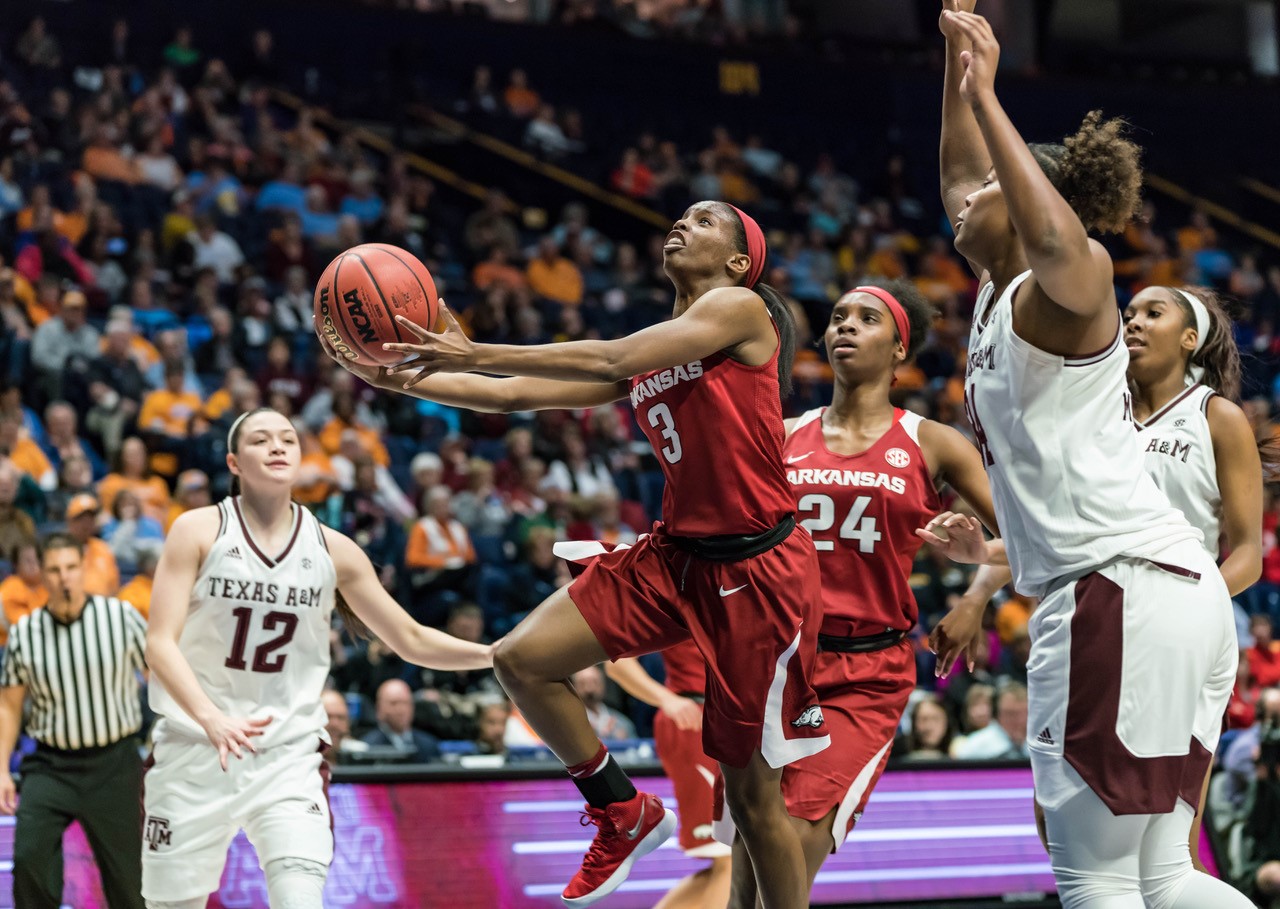 KNOXVILLE, Tenn. – A dramatic jumper in the paint by senior Malica Monk with four seconds on the clock lifted the University of Arkansas women’s basketball team to an 80-79 Southeastern Conference road win at Tennessee on Monday night.

Arkansas (14-5, 3-2) picked up just the second program win in Knoxville handing the Lady Vols (12-6, 1-5 SEC) their fifth consecutive loss. Three-point shooting by the Razorbacks countered Tennessee’s points in the paint. Arkansas hit 12 shots from distance in the win.

The Razorbacks opened the first half with a fast start behind 11 first-quarter points from junior Alexis Tolefree. Arkansas controlled the pace of the game and limited Tennessee’s top players in the scoring column taking a nine-point, 40-31, lead into halftime.

The Lady Vols found a spark in the second 20 minutes and erased a 12-point Razorback lead, tying the game at 63-all at the 8:01 mark of the final quarter.

A back-and-forth battle ensued with Tennessee tying the game for the third time in the quarter, 76-76, with one minute on the clock. UT made a free throw to eek ahead, 77-76, but Chelsea Dungee answered with a driving layup with 23 seconds to go giving Arkansas the 78-77 advantage.

The Lady Vols burned a timeout and got a break when Monk was whistled for a foul at the 11-second mark. Two made free throws gave Tennessee the 79-78 lead but Monk brought the ball up the court, made a move and pulled up for the game-winning jumper.

Up Next
The Razorbacks had an eight-game break from competition before the Tennessee contest. They now play three games in seven days beginning with a home contest with Alabama on Thursday in Bud Walton Arena. The Razorbacks travel to Florida on Sunday and host Georgia Jan. 31.