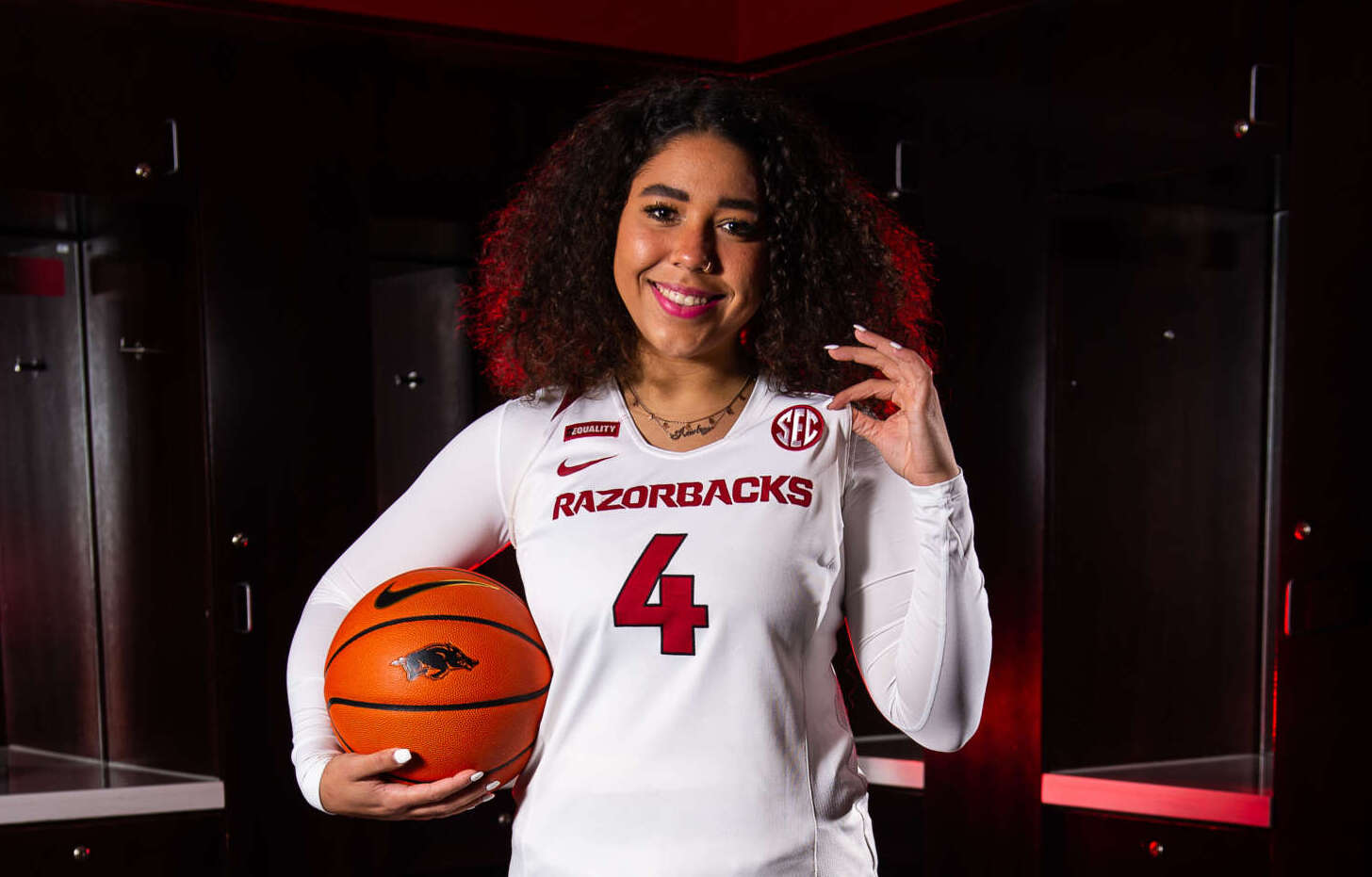 FAYETTEVILLE, Ark. – Arkansas Women’s Basketball and Head Coach Mike Neighbors announced the signing of Karley Johnson today, the lone signee for the Hogs on National Signing Day. Johnson, who hails from Mustang, Oklahoma, will join a loaded stable of guards when she arrives on the University of Arkansas campus in the fall of 2022.

THE STORY, AS TOLD BY COACH NEIGHBORS

“In the summer of 2018, we were preparing for our first Elite Camp. We were all very excited about our campers. One in particular caught our eye – she was a young guard from Oklahoma we had been told would be attending. As campers began arriving, we kept waiting to see this young player walk onto the court, but she wasn’t there when the time came to start camp. It’s not uncommon in camps for players to tell you they are coming and then no-show. It happens all the time. After we got camp rolling, I walked back up to the office to grab a whistle. In the office talking to Ms. Andy was a young lady and her mother holding a tiny baby. I overheard them apologizing for being late, and they then asked Ms. Andy if there was any way they could still attend the one-day camp. As it turned out, it was Karley Johnson, her mother Angela, and Angela’s then-one-day old son, Trey.

That’s right. A one day old. They drove from Oklahoma. And apologized for being late. I told the staff that day, this is the kind of player and family we needed to make Razorbacks. We saw a player who made everyone on her team better. She got them open shots. She fed the post when they needed it. She took charges in help defense when teammates were beat. At the end of the games, her teams consistently competed and beat the best.

When Karley committed to us, she rejoined many of those teammates from her youth teams. And we couldn’t be happier they reunited here. Help us welcome Karley to our basketball family.”

“We hope all Razorback fans will join us in welcoming Karley to HogNation,” Neighbors said. “We wish her the best in her senior season, and can’t wait to see Karley in the Red & White. Thanks to an amazing staff for years of hard work in helping us sign another wonderful Hog.”