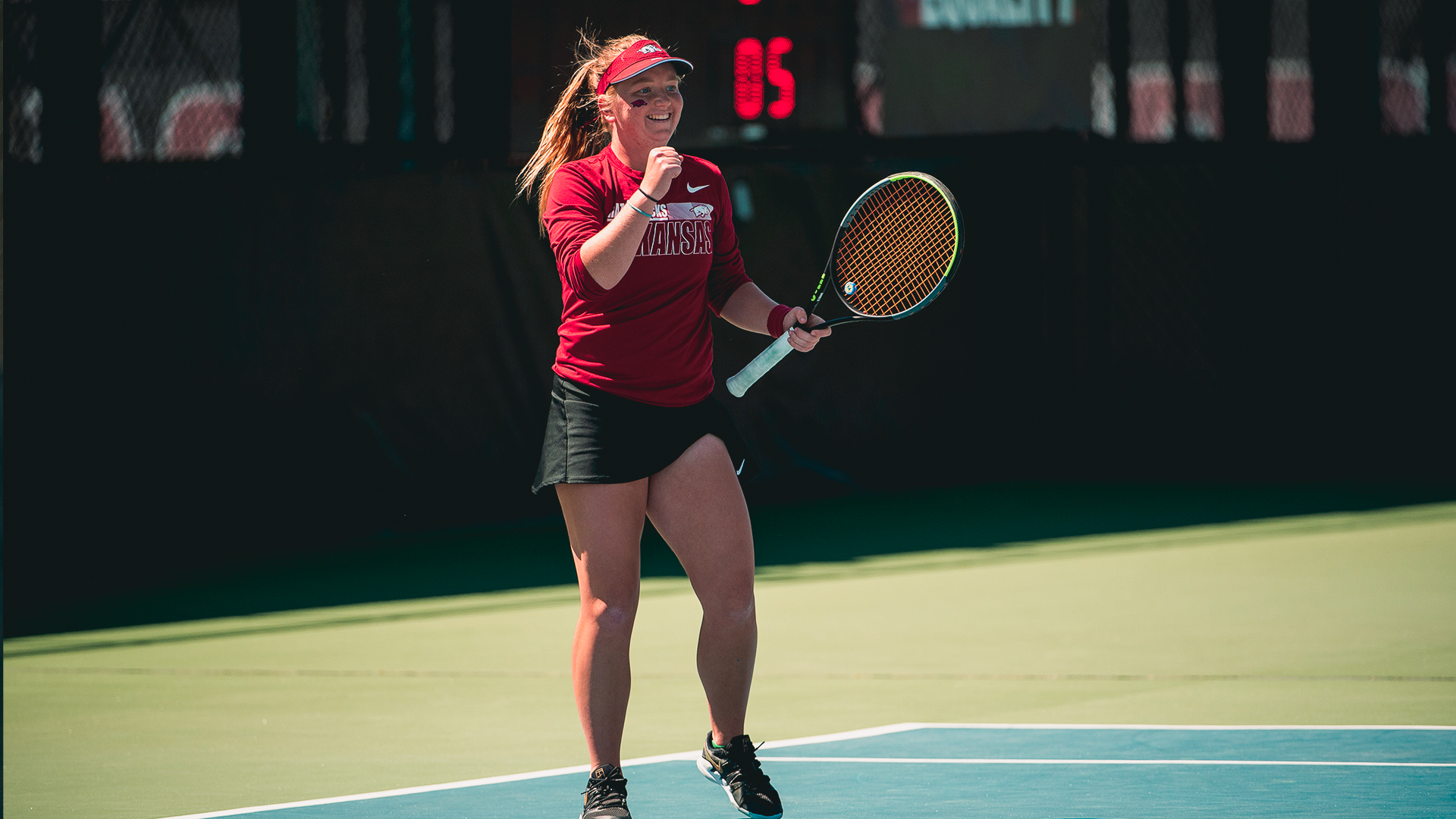 LUBBOCK, Texas – Junior Kelly Keller wins her third straight match of the fall to advance to the round of 16 in the ITF Lubbock Pro Circuit on Wednesday.

Junior Indianna Spink competed as well today, falling 3-6, 0-6 to Oklahoma State’s Ayumi in the first round of the main draw. Spink won two straight matches in the qualifying round to get to the main show.

Keller will be back on the court tomorrow for the Round of 16. Draws and results can be found on the tournament homepage.