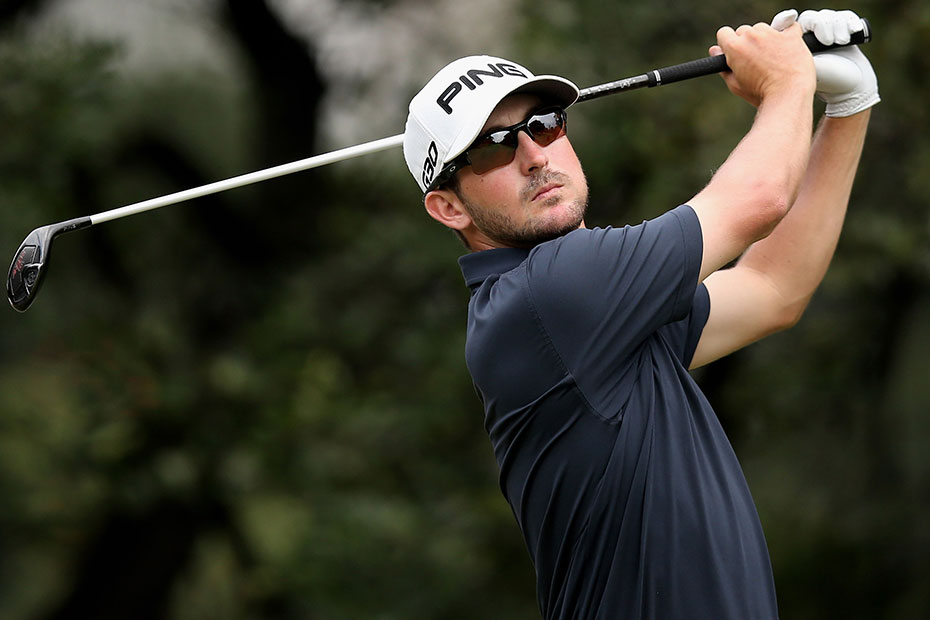 OAKMONT, Pa. – Former Arkansas men’s golf All-American Andrew Landry posted the lowest opening round score in a US Open at Oakmont Country Club when he rolled in a 10-foot birdie putt Friday morning to cap a 4-under 66 and hold a one-shot lead in the second major of the year.

After play was suspended Thursday afternoon due to inclement weather, Landry came back out Friday morning at 6:30 a.m. and drained his putt to make US Open history. Oakmont has hosted the prestigious US Open nine times and the former Razorback recorded the lowest opening round with a 4-under 66, posting six birdies and two bogeys.

The previous opening round record belonged to legendary players Ben Hogan and Gary Player who both signed for rounds of 67.

Landry currently has a one-shot lead on Lee Westwood and is two strokes clear of Lee Shane Lowry and Gary Stal as players continue to tee off in the first round.

He holds the program’s all-time record for top 10 finishes in a career with 25 and he captured the 2009 Reunion Intercollegiate Championship with rounds of 72-72-71 – 215 (-1) to finish as the only player under par. In his three appearances at the SEC Championship, he finished T-4th, T-15th and T-9th.

Landry helped lead Arkansas to the greatest run in program history in 2009, as the Razorbacks advanced to the National Championship match against Texas A&M during the NCAA’s first year of match play format. The Razorbacks defeated Washington (3-2) in the quarterfinals, Georgia (3-1-1) in the semifinals and lost a heartbreaker to the Aggies (3-2) in the championship match.

Landry led Arkansas in stroke average all three years of his collegiate career, posting 72.20 as a freshman, 72.83 as a sophomore and 72.82 as a junior before turning professional.