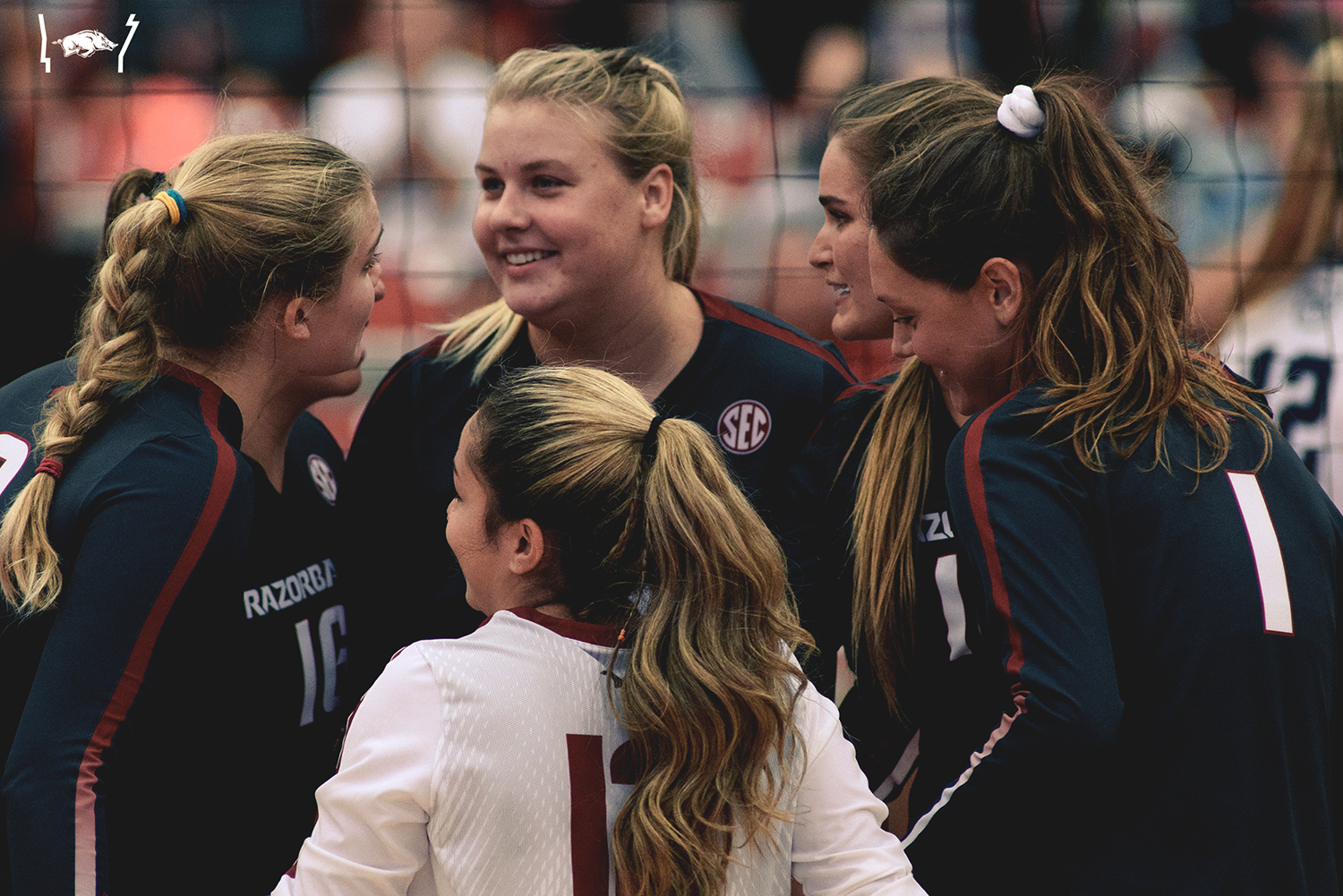 FAYETTEVILLE, Ark. – The University of Arkansas volleyball team saved five set points Friday evening including three in the third to complete a sweep of Butler on day one of the Arkansas Classic. Sophomore Logan Brown led the Razorbacks with nine kills and senior libero Okiana Valle picked up a match-high 14 digs. With the win, Arkansas improves to 4-2 overall.

The Razorbacks return to their home floor Saturday for a pair of matches, beginning with a 12 p.m. (CT) date against Buffalo before closing out the weekend against Northwestern at 7 p.m.

With a 2-0 match lead but facing a 24-21 deficit in the third set, Arkansas rattled off the final five points to secure the straight-set victory. Freshman Lauren Evans had two service aces during the run and sophomore Elizabeth Pamphile put down her eighth kill of the night to cap the match-winning rally. In a similar fashion, the Razorbacks saved two set points in the second and scored the last four points of the frame including the final kill—again—by Pamphile.

Arkansas jumped out to a quick match lead behind a scorching offensive display in the first, posting a .500 hitting percentage with just one attack error in the opening frame. The Razorbacks now own a 4-1 advantage in the all-time series with Butler. Friday’s match was the first meeting between the two programs since 1999.