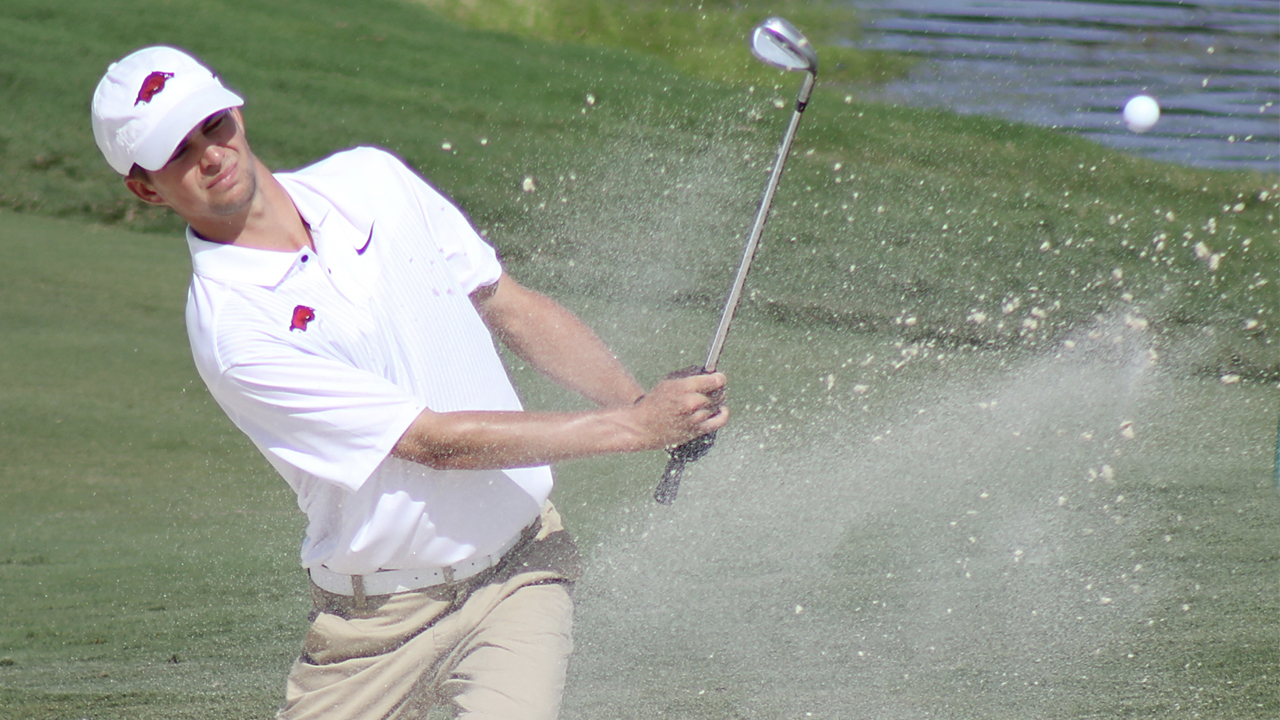 SAINT SIMONS ISLAND, Ga. – After missing last season due to injury, redshirt sophomore Manuel Lozada opened the 2022-23 season with a career-low 66 and helped Arkansas shoot a 16-under-par, 704 through the opening two rounds of the Frederica Cup.

Lozada was bogey-free through 13 holes to open the tournament with four birdies and his second career eagle. He dropped a shot on his 14th hole – the par-3 5th – but posted a birdie on his 16th hole to card his 66. His previous best round was a 69, which he accomplished twice on par 70 courses – the 2020 Jerry Pate Intercollegiate and the 2021 NCAA Championship. Lozada opened his second round with six straight pars and was 2-under through 13 holes before suffering bogeys on holes 16 and 18 to set for an even-par 72. He stands in 17th place with a 36-hole total of 138 (-6).

Julian Perico is tied for 24th with a pair of under-par rounds (71-70) and is 3-under through two rounds. He closed both rounds strong. In round one, he birdied three of his last six and, in round two, he was bogey-free on his back nine with four birdies.

Three Razorbacks – Wil Gibson, Mateo Fernandez de Oliveira and Christian Castillo – are tied for 27th, each at 2-under (142) after 36 holes.

Gibson was the only other Razorback to shoot in the 60’s on day one. After an opening-round 73, he opened round two with a birdie and, after four pars, reeled off five straight birdies to stand at 6-under through 10 holes. He would settle for a 3-under-par 69.

Fernandez de Oliveira carded a pair of 71’s with four birdies and three bogeys on each loop. Castillo, a transfer from High Point, was 2-under through his first eight holes but had a double-bogey on his ninth hole, the par-5, 18th. He finished his opening round with nine straight pars for a 72. In the afternoon session, he was 3-under on the back nine, including a birdie on the par-5, 18th, and posted a 70. 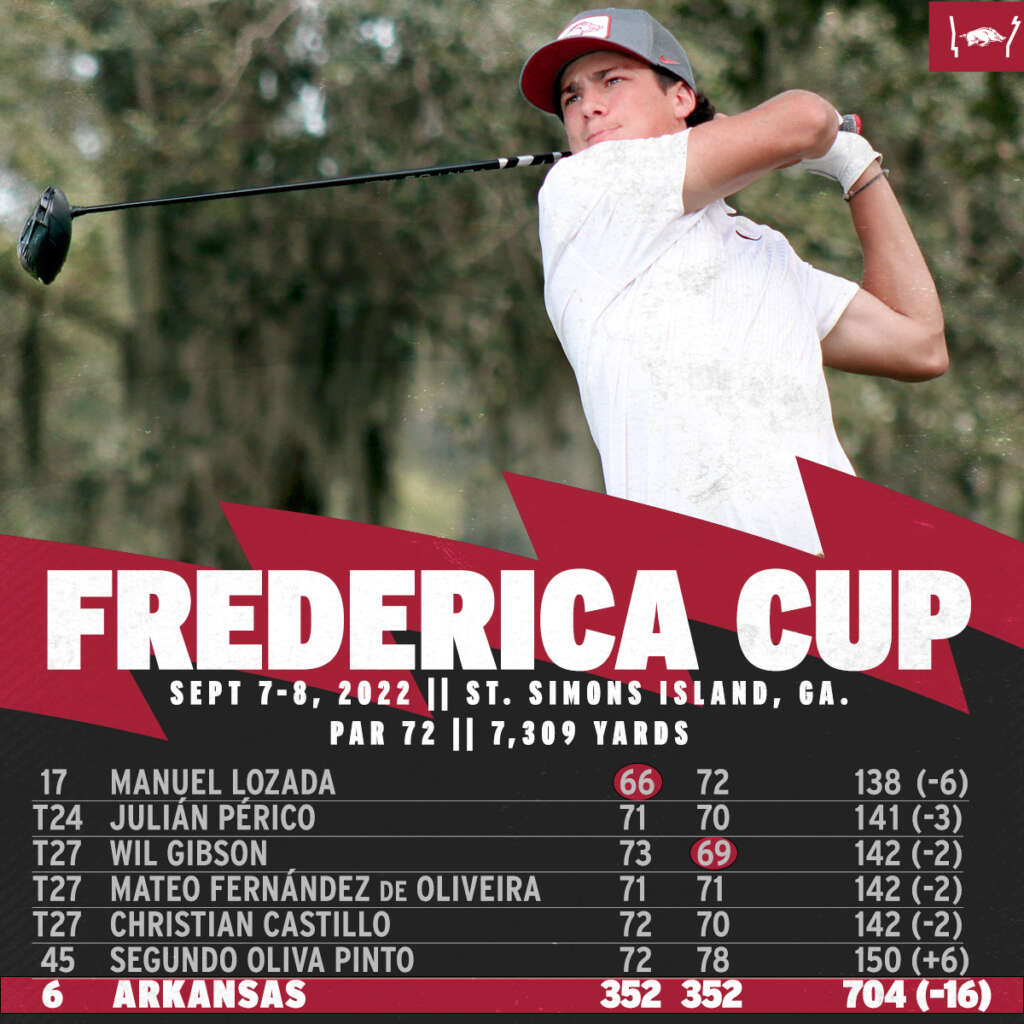