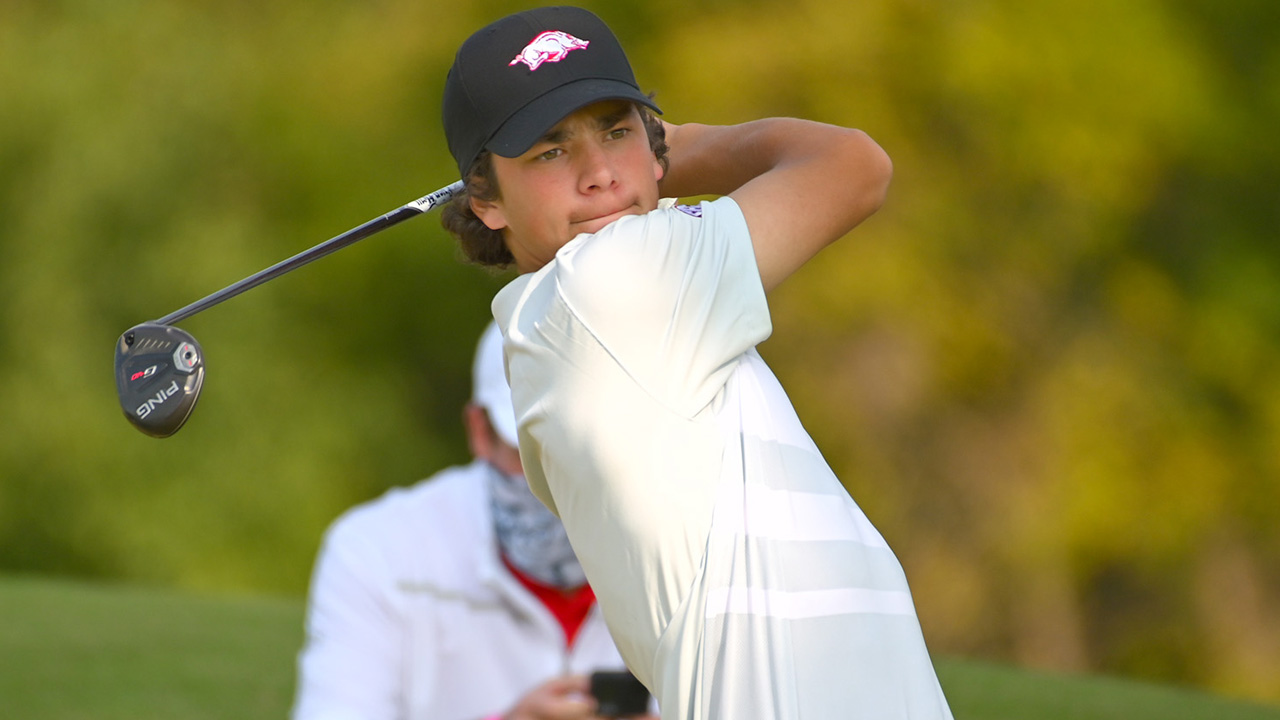 BIRMINGHAM, Ala. – Arkansas’ Manuel Lozada was named the SEC Men’s Golf Freshman of the Week, the league announced today. Lozada is the third Razorback to earn the honor and first since Luis Garza was tabbed in 2017.

Lozada (Córdoba, Argentina) recorded his first career top-10 finish after tying for sixth at the Collegiate Invitational. He shot rounds of 70-72-72 for a 1-over-par score of 213.

Lozada birdied two of his last three holes to earn the tie for sixth as well as pushing #21 Arkansas from 10th to 8th in the 14-team field that featured 13 of the nation’s top 50 programs.

While Lozada has played in all eight team events, this was his first time not playing as an individual this spring (Lozada had two top 20 finishes in the three fall events). His three-round score of 214 was his second-best, 54-hole score and his best on a par 71 course (shot a 1-under 209 in the fall on a par 70 course). This season, his score has counted toward the team total in 11 of his 12 rounds when playing with the team.