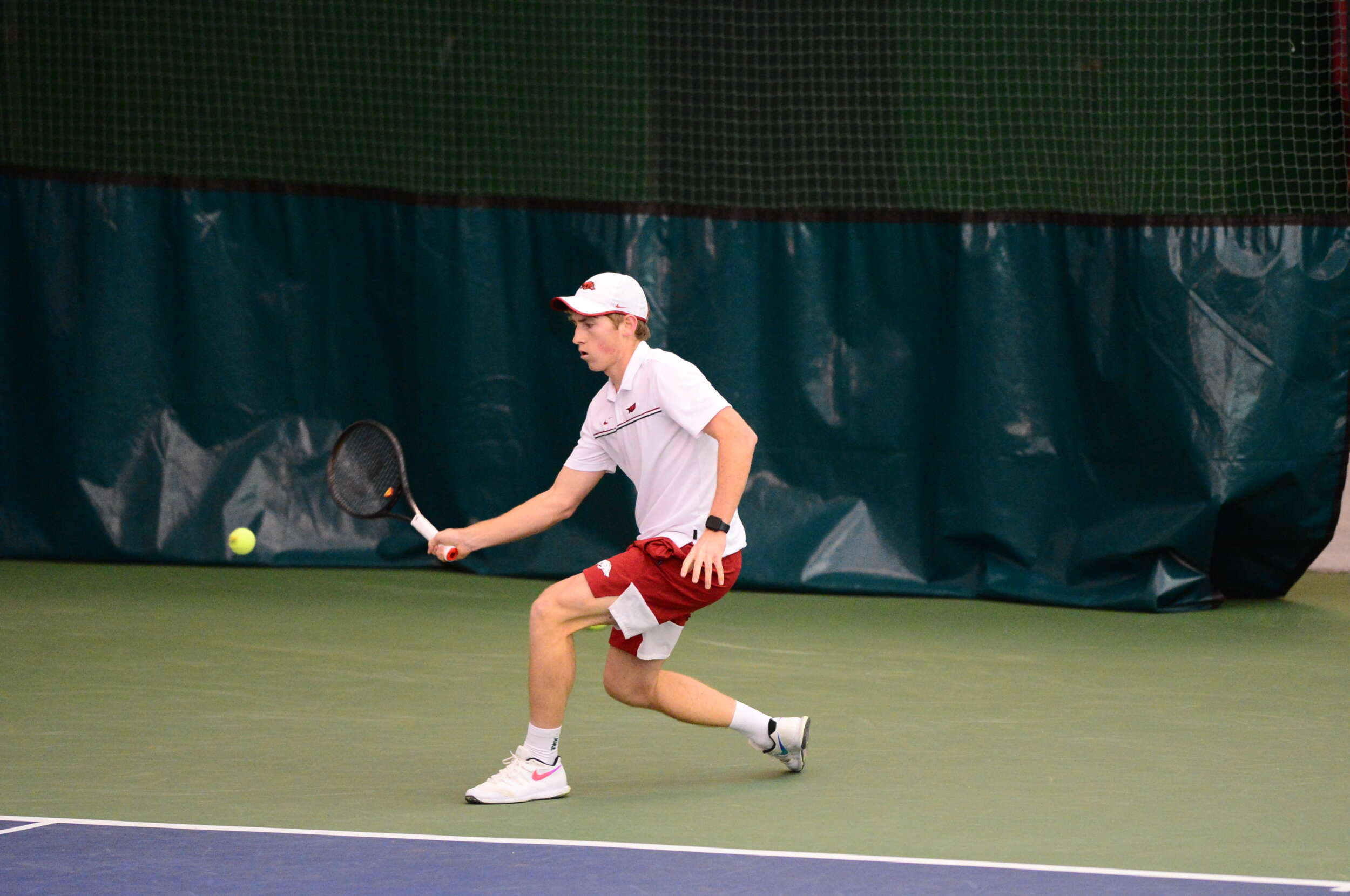 FAYETTEVILLE, Ark. – Razorback Men’s Tennis (6-1) got back into the win column with a 6-1 win over Oral Roberts in Arkansas’ final match of a seven game homestand. The Hogs secured the doubles point and singles play was highlighted by wins from four rookies.

In doubles action, Alex Reco and Nico Rousset downed Eddy Leardini and Scott Hjelm by a score of 6-3. The duo of Enrique Paya and Jose Dominguez Alonso then clinched the doubles point for the Razorbacks at the No. 2 spot. The duo beat Andrew Russo and Marcello Moreira, 7-5, for the pairs fifth win of the dual season.

Freshman Avery Zavala was the first Razorback off the court as he picked up his first win of the season. He won on court six in straight sets over Scott Hjelm, 6-1, 6-2. Melvin Manuel also won in straight sets, his sixth win of the spring, while Adrien Burdet secured the victory for the Hogs with a 6-4, 6-4 win at the No. 5 spot. Burdet is now 6-1 in his first season with the Razorbacks.

Dominguez Alonso won the fourth-straight singles match for Arkansas after being slotted at the No. 2 spot and defeating Albert Chudy, 6-2, 6-3. In his first appearance as a Hog, Riccardo Trione bounced back in a major way after dropping the first set at the No. 3 position. Trione easily took the final two sets over Marcello Moreira, 6-1, 6-1.

“We got a lot out of the match so thanks to Oral Roberts for coming here and playing. We were able to play five of our six freshmen in a real match and four of them won. The other freshman got a win in an exhibition,” said Head Coach Andy Jackson. “Now we play the best team we’ve seen this season in Oklahoma State at their place. We are eager to rise to the challenge.”

Josh Bortnick and freshman Foster Rogers secured a pair of exhibitions wins in singles play and teamed together for a doubles exhibition match against the duo of Jonathan Evans/Meg Siritaworachan. In singles, Rogers took care of Siritaworachan, 8-3, and Bortnick won going away against Evans, 8-2.

The Razorbacks will hit the road for the first time this spring as they travel to Stillwater, Okla. for a match with No. 15 Oklahoma State. First serve on Sunday, Feb. 14 is scheduled for 1 p.m. CT.