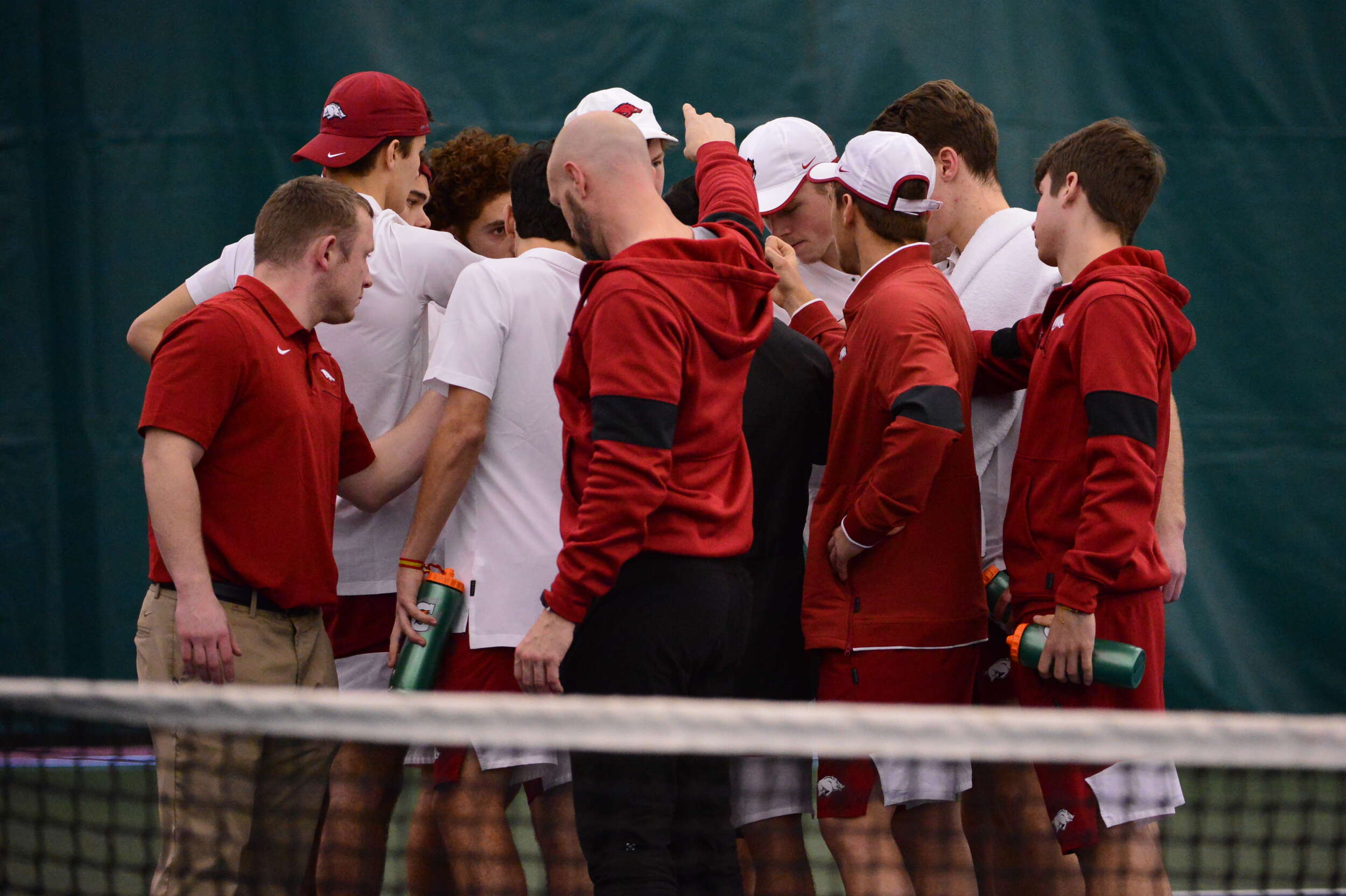 FAYETTEVILLE, Ark. – The Razorback men’s tennis team followed up their upset over No. 5 Baylor earlier in the day with an easy 6-1 win against the Omaha Mavericks. Arkansas took the doubles point and then earned five straight singles wins to take their second match of the day.

Melvin Manuel and Jose Dominguez Alonso started the scoring for Arkansas in doubles, winning 6-0, on court three. The pair now have a record of 4-1 together this season. The No. 2 pair of Alex Reco and Nico Rousset downed Ouattara/Lawley, 6-3, claiming the doubles point for the Hogs.

After moving up to the No. 2 spot in singles, Nico Rousset cruised in straight sets over Nathan Reekie, 6-3, 6-4. Courts No. 5, No. 6 and No. 4 nearly finished at the same time with all three resulting in a Razorback win. Enrique Paya came back in the second set, eventually winning it 7-5 to take the match in two sets while freshman Aleksa Bucan earned a win in his first appearance as a Hog, 6-4, 7-5. Melvin Manuel picked up his second straight-set win of the day, downing Davis Lawley 7-6, 6-4 at the No. 4 spot.

The Razorbacks will be on the road for the first time this season when the squad heads to Norman, Okla. for a match with the Oklahoma Sooners. First serve for the match has not be assigned.