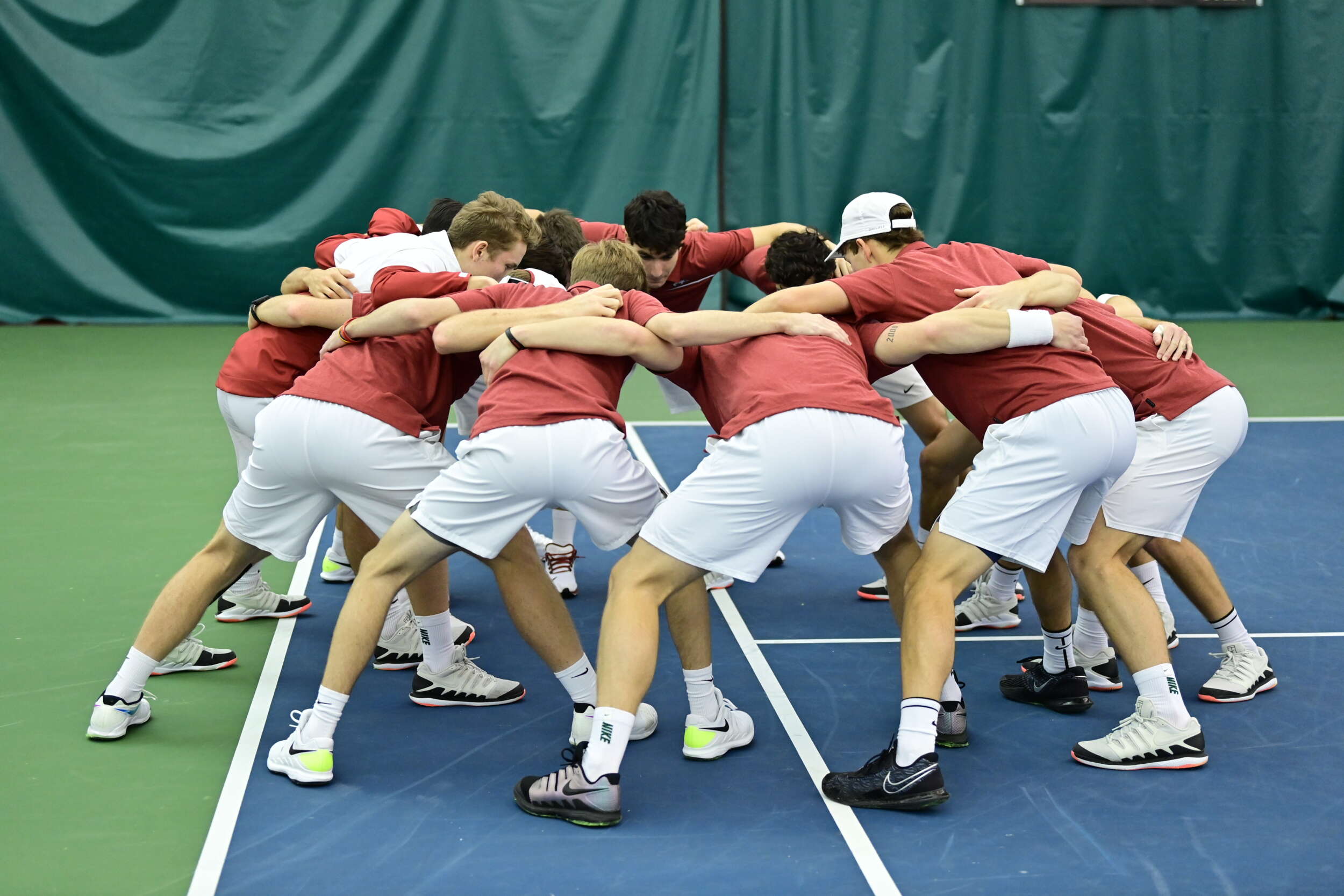 FAYETTEVILLE, Ark. – Razorback Men’s Tennis (5-1) dropped it first match of the season, falling to the Oklahoma Sooners (5-4) on Wednesday night by a score of 4-3. Arkansas picked up wins at the top three spots in singles play, but it wasn’t enough to get past OU.

The Razorbacks fell behind after doubles play, dropping the point for just the second time all season. The Hogs got on the board with a three-set win from No. 72 Alex Reco at the No. 2 position. Reco stayed perfect this season with a 6-2, 1-6, 6-4 win over Alex Martinez to move to 6-0 in singles play. Nico Rousset only needed two sets to upset 69th-ranked Mason Beiler at the No. 3 spot. The 7-5, 6-4 sweep was Rousset’s fifth win of the spring. This was the first match all season that Beiler was not a feature in one of top two spots for the Sooners. Maxim Verboven capped off the night with a win at the No. 1 spot against Jake Van Emburgh, 6-4, 3-6, 6-1. His win moved the Razorbacks to 4-2 in singles play this season at the top spot.

“Oklahoma played a little better today and congratulations to them. We didn’t play as well as we would have liked or as we can,” said Head Coach Andy Jackson. “The effort was there. We will just work to be in that position again and execute better.”

Arkansas wraps up its seven-game homestand with a match against Oral Roberts on Friday, Feb. 12. First serve in Fayetteville is scheduled for 5 p.m. CT.