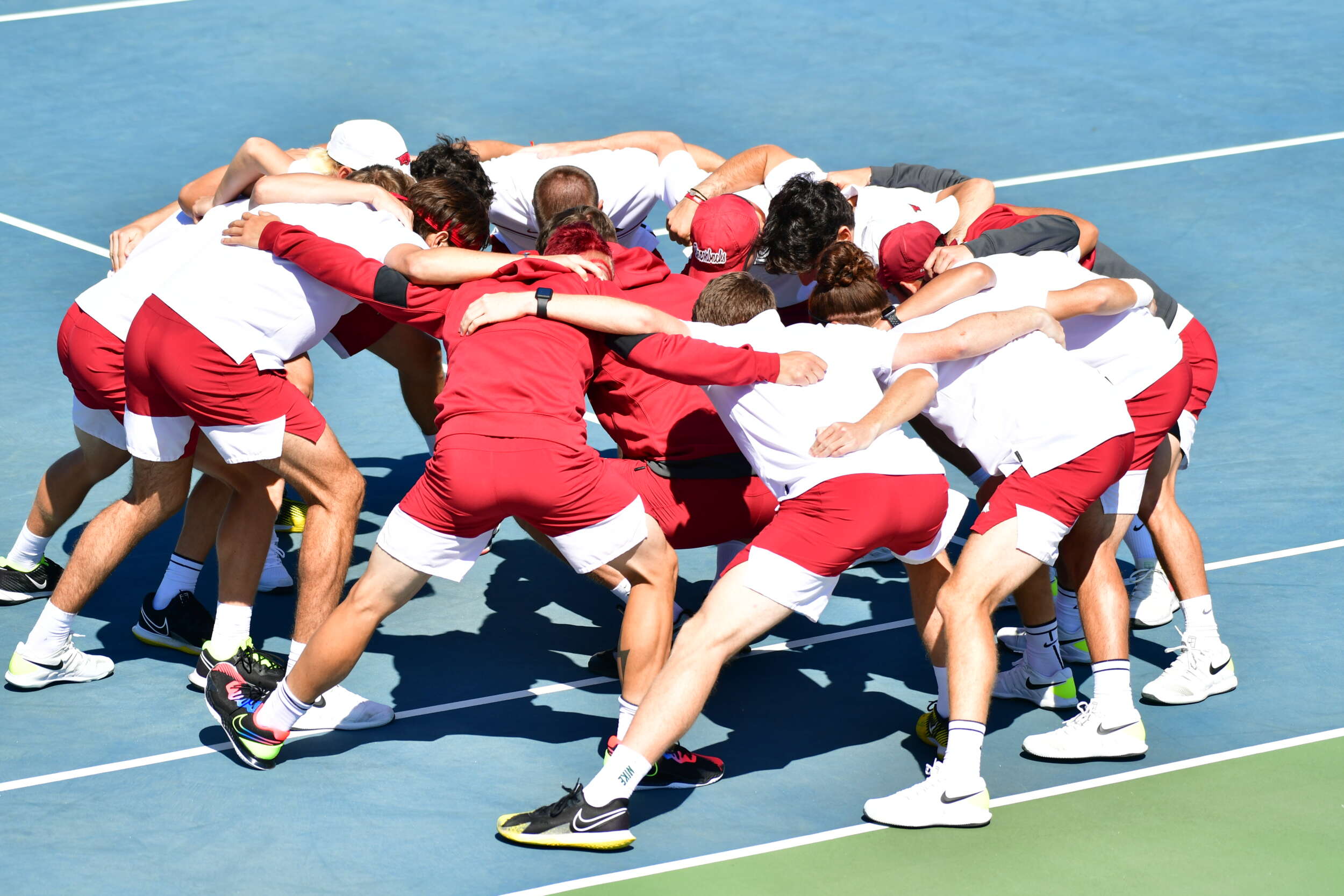 FAYETTEVILLE, Ark. – Razorback Men’s Tennis swept the Vanderbilt Commodores, 4-0, to open the 2021 SEC Tournament at the Billingsley Tennis Center on Monday afternoon. It was the second win over Vandy this season for the Hogs and third victory to open the conference tournament in the past four years.

It was Arkansas’ first sweep in program history at the SEC Tournament.

Melvin Manuel and Adrien Burdet earned a 6-2 victory over Macsen Sisam and Adam Sraberg, while Nico Rousset and Alex Reco clinched the doubles point with a 6-4 win on court three. Manuel and Burdet moved to 7-3 as a pair and Reco and Rousset notched their team-leading 11th win of the spring.

Burdet was the first Hog off the courts, downing Sisam in straight sets, 6-3, 6-2. It was the rookie’s 11th win of the season. Aleksa Bucan quickly followed with an easy win over Max Freeman, 6-2, 6-1, at the No. 4 position. Nico Rousset capped off the day at the No. 3 spot in a battle of nationally ranked opponents against No. 121 Jeremie Casabon. The Razorback went 6-1, 6-4 in two sets to complete the sweep for Arkansas.

The Hogs advance in the tournament to face fifth-seeded Kentucky on Tuesday, April 20. First serve with the Wildcats is scheduled for 3 p.m. CT. It will be the third match of the day.