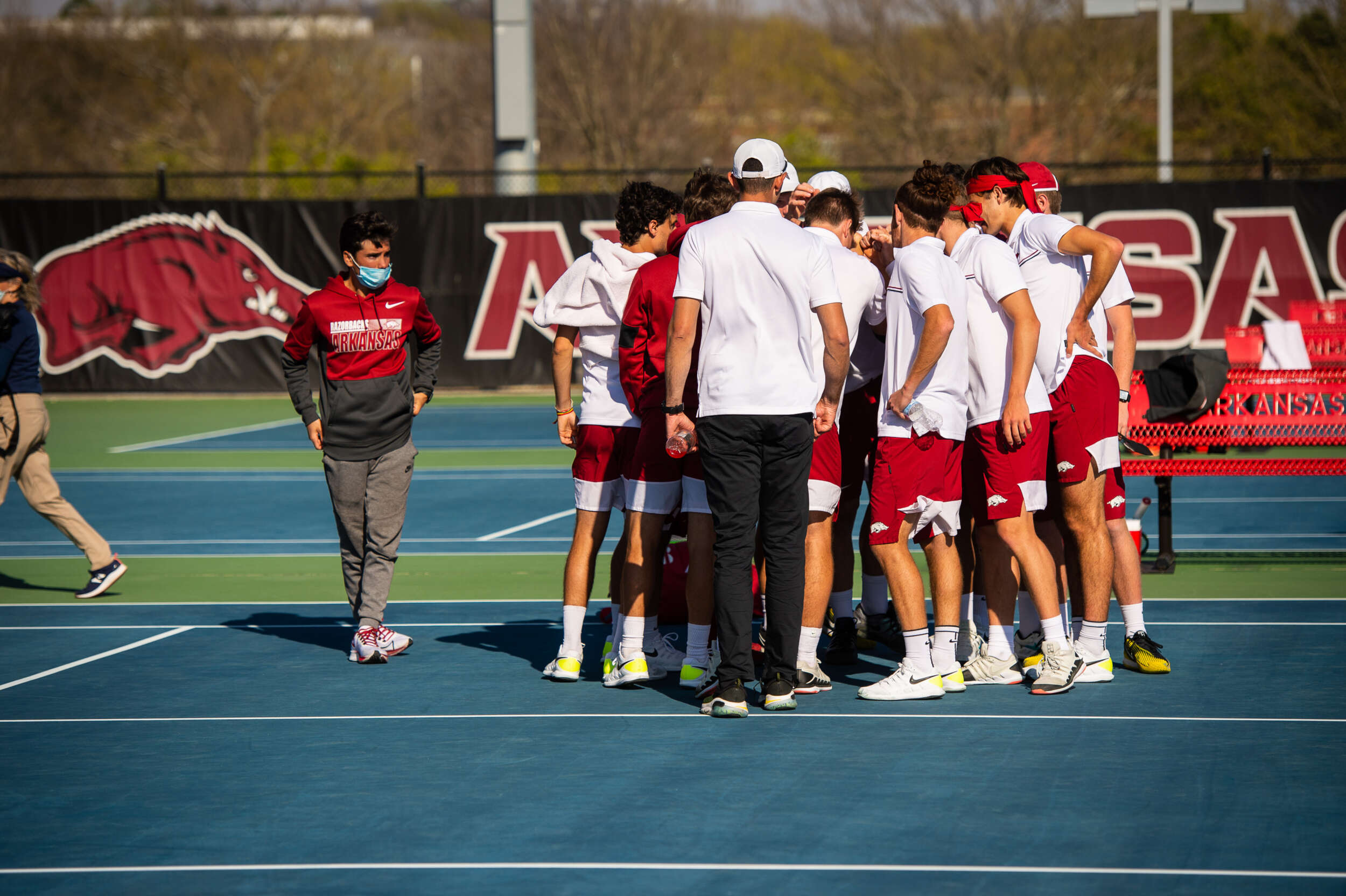 FAYETTEVILLE, Ark. – Razorback Men’s Tennis heads to Fort Worth, Texas for a matchup with seventh-seeded TCU (16-7, 4-1 Big 12) in the First Round of the NCAA Tournament. Arkansas is making its 20th trip to the NCAA Tournament and third appearance in the last five tournaments. The two squads are meeting in the NCAA Tournament for the first time since a Regional Final matchup back in 1997.

Arkansas played host to the SEC Tournament from April 19-23 and swept the Vanderbilt Commodores to open the tournament. The Hogs took the doubles point and then won the first three singles courts to clinch the win.

The Razorbacks fell in the next round to No. 14 Kentucky, 4-0. The Wildcats won the doubles point and the first three singles matches for the victory. The Hogs split the first two sets at the No. 1, 3 and 4 spots, all against nationally ranked Wildcats before the match was clinched. UK earned the No. 14 seed in the national tournament.

TCU is coming off a loss to second-seeded Baylor, 3-4, in the semifinals of the Big 12 Tournament. They enter the NCAA Tournament with five ranked singles players and two ranked doubles teams.

The Horned Frogs are led by Alastair Gray and Luc Fomba as the No. 1 doubles duo and are features at the No. 1 and No. 2 spots in singles. The duo is ranked No. 2 in the latest ITA rankings and are coming into the matchup after a pair of victories at the Big 12 Tournament.

>>The Razorbacks are making their 20th trip to the NCAA Tournament and third appearance in the last five years.

>> A win against TCU would be Arkansas’ third win this season over a team that earned a No. 8 seed or better in the NCAA Tournament.

>> Nico Rousset continues to climb the ITA rankings, moving up to No. 71 in the May 5th rankings. He leads the Hogs with 12 singles victories and four wins over nationally ranked opponents. The Razorback duo of Hunter Harrison and Enrique Paya is ranked No. 49 in doubles while Melvin Manuel and Adrien Burdet entered the rankings at No. 83.