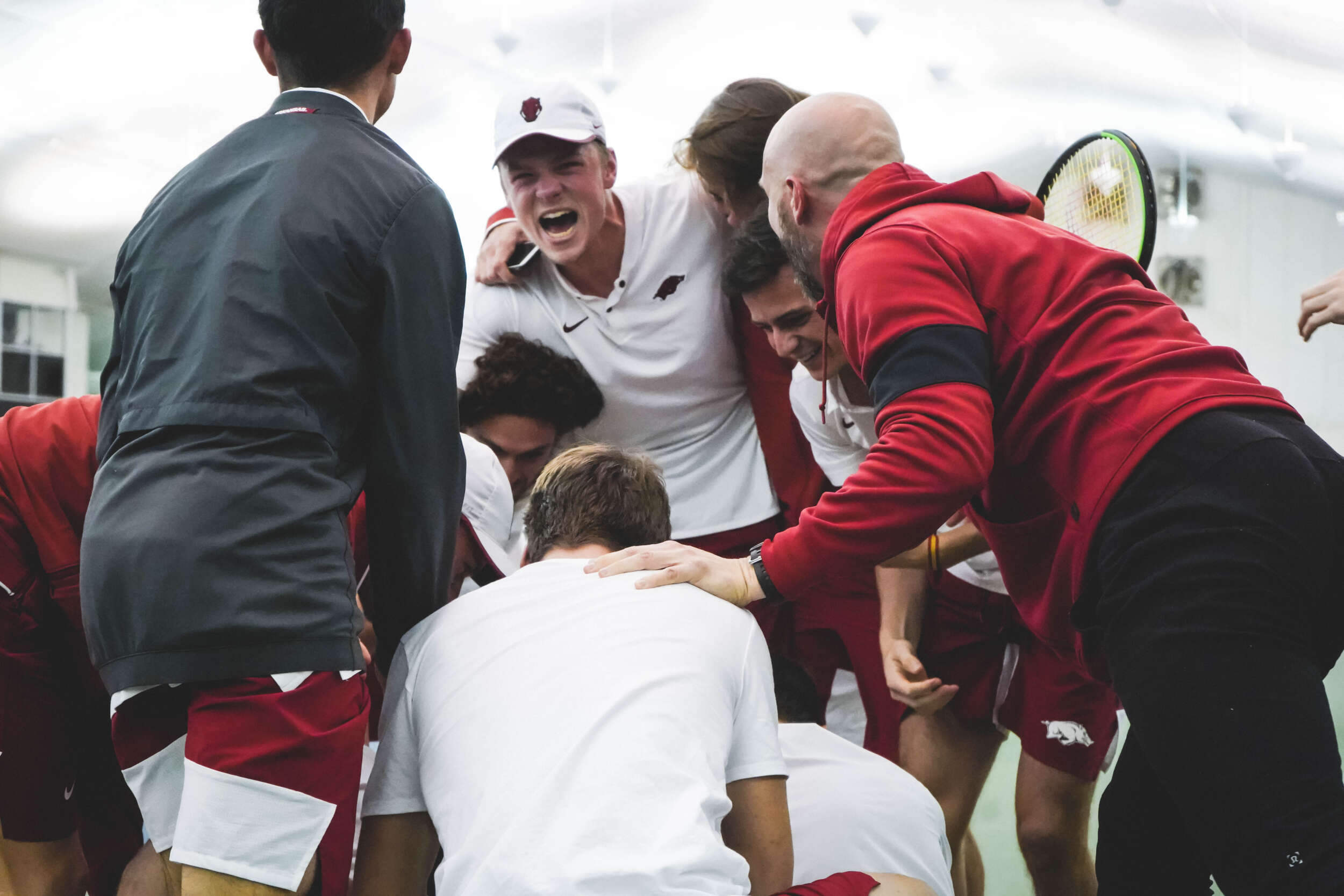 FAYETTEVILLE, Ark. – The Razorback men’s tennis team upset fifth-ranked Baylor on Saturday afternoon at the Dills Indoor Tennis Center 4-3. It marks the best win over a ranked squad since the Hogs downed No. 7 Texas A&M in 2016. It’s also the first top-five win for Arkansas in recorded history since 2003. After dropping the doubles point, Arkansas secured four singles wins to pickup the upset victory.

Josh Howard-Tripp clinched the upset win in his first singles match of the spring. After breezing through the first set, 6-3, Howard-Tripp dropped the next nine games and found himself trailing 0-3 in the third set. The junior fought back and earned the clincher in the tiebreak.

Freshman Melvin Manuel made quick work of Rahul Dhokia at the No. 5 spot as he won in straight-sets, 6-3, 6-1. The rookie now has two singles wins in a Razorback uniform and is 3-1 in doubles play with Jose Dominguez Alonso. Nico Rousset tied the two teams up at 2-2 with another two-setter over Finn Bass on court four. Junior Alex Reco now holds a perfect record in singles play with a comeback win, 5-7, 6-1, 6-4, over Matias Soto.

The Razorbacks will follow up today’s upset win with another match against Omaha tonight. First serve is scheduled for 6:45 p.m. Free pizza and Pepsi products will be available.