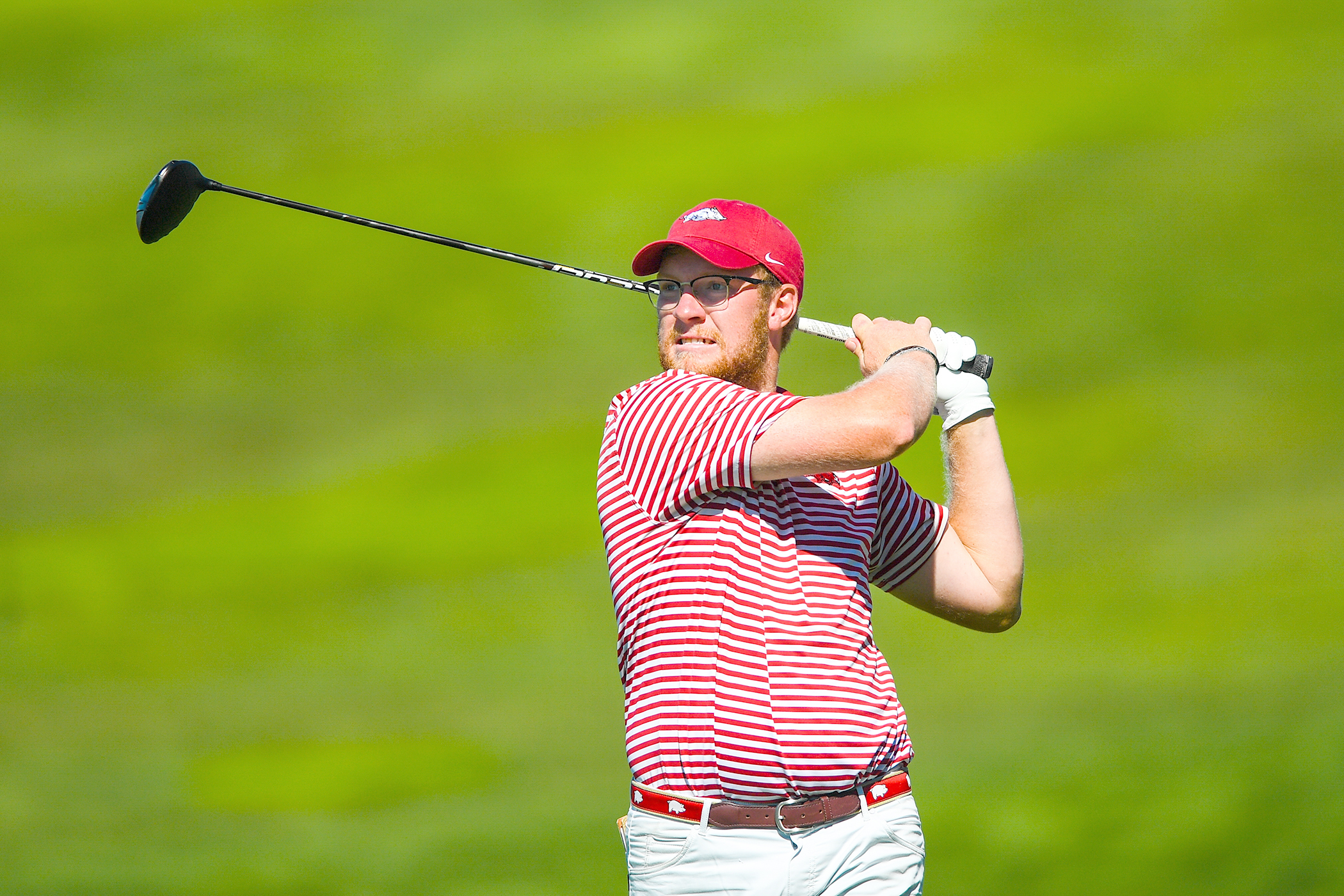 FAYETTEVILLE – Thanks to a 14-4-1 record and a pair of third-place finishes, the Arkansas men’s golf team has moved up one spot to 16th in the Golfweek rankings and nine spots to 17th in the Golf Coaches Association poll. Individually, senior William Buhl is 28th nation according to the Golfweek power rankings and sophomore Julian Perico is ranked 64th nationally.

Buhl, who has a team-best 69.5 scoring average, opened the season with a T11th finish at the prestigious Carmel Cup. He followed that by winning the Gopher Invitational for the second straight year. Perico was runner-up in the season-opening Carmel Cup after carding a career-best, 13-under-par 203 (68-68-67).

The Razorbacks will hit the road for their third event of the 2019-20 campaign this weekend (Sept. 30-Oct. 1) at the Bearcat Invitational – hosted by Cincinnati at Coldstream Country Club. This will be the second time Arkansas has played in the Bearcat. The Razorbacks were runner-up at the event in the fall of 2017 with a team score of 26-under-par 848. Arkansas was set to return to the event last fall, but the Invitational was rained out.

Arkansas’ lineup will feature regulars Buhl, Mason Overstreet, Tyson Reeder and Perico while freshman William McDonald will crack the starting five for the first time. Senior Luis Garza will play the Bearcat as an individual.