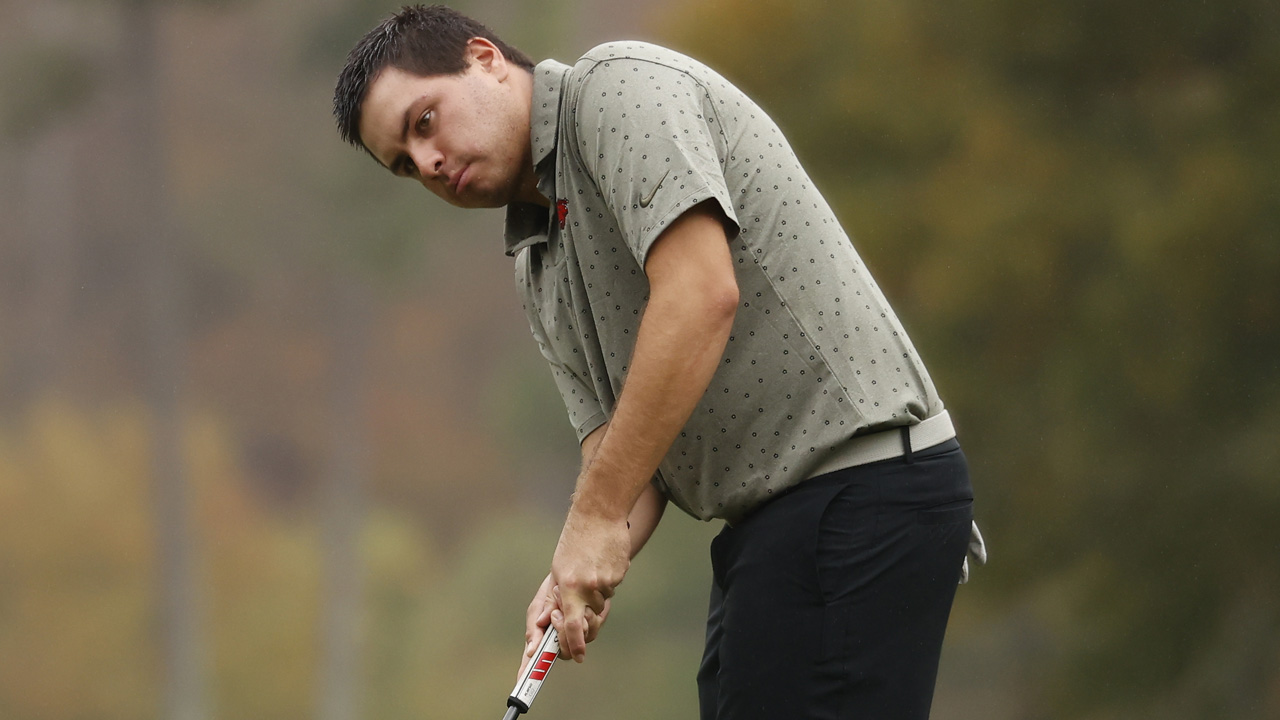 Three Razorbacks – Julian Perico, Tyson Reeder and Manuel Lozada – tied for 19th at 1-under par for the event.

Perico climbed 20 spots to grab his 14th career top-20 finish. The junior shot the second-best score of the day, a 3-under-par 67, to accompany his pair of 71’s for a 54-hole score of 209. Perico offset a birdie on hole 2 with a bogey on hole 4 before reeling off three straight birdies to get to 3-under. He finished his round with 11 straight pars.

Reeder’s 1-under-par round was bogey-free. The graduate senior opened with five pars, birdied hole 6 and finished with 12 straight pars. Thanks to even-par rounds on days one and two, Reeder finished with 37 pars over 54 holes. Lozada, who opened the event with a 1-under-par round, posted back-to-back, even-par 70’s for his 54-hole total of 209. He had four birdies in the final round and 15 for the event, which was the third-best total in the field.

Also carding 15 birdies over the three days was Mason Overstreet. He finished one stroke behind the trio of Perico, Reeder and Lozada. Overstreet, like Lozada, had four birdies Tuesday – each coming within the first five holes – before settling for a 1-over-par 71. He finished in a tie for 29th with rounds of 70-69-71 for an even-par total of 210.

Overall, Arkansas tallied 55 birdies and only trailed co-champion Georgia with 59. Auburn and Vanderbilt tied Georgia for the team title, each posting a 19-under-par total of 821. Tennessee (829) and Ole Miss (834) rounded out the top five ahead of the Razorbacks.

Arkansas placed among the top 6 in all three fall events – versus an all SEC schedule – shot par or better in six of its nine rounds and was 26-12-1 (.679). Arkansas was 3-0 versus four SEC teams, had two wins over five teams and had at least one victory over 12 of the 13 programs. 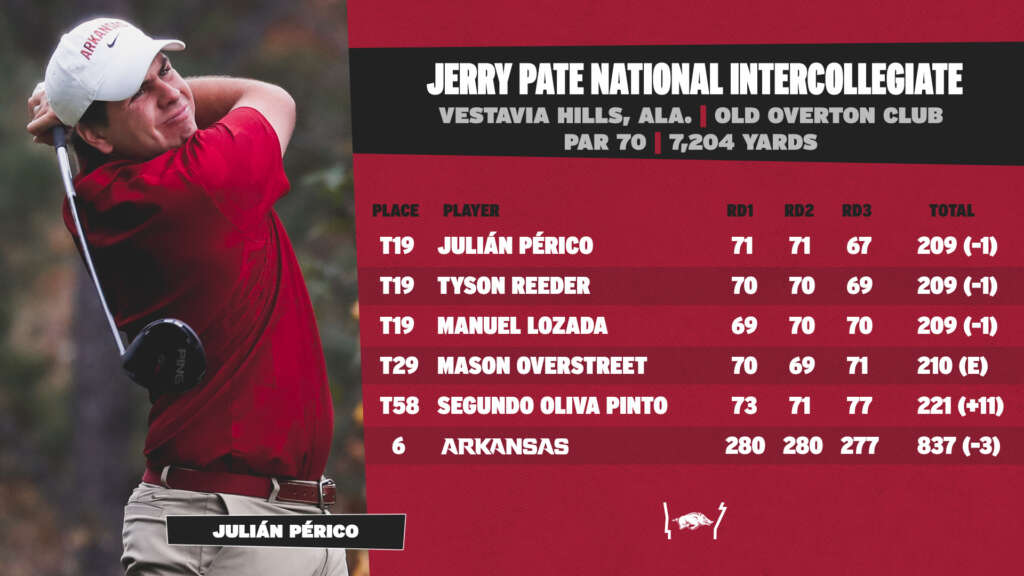