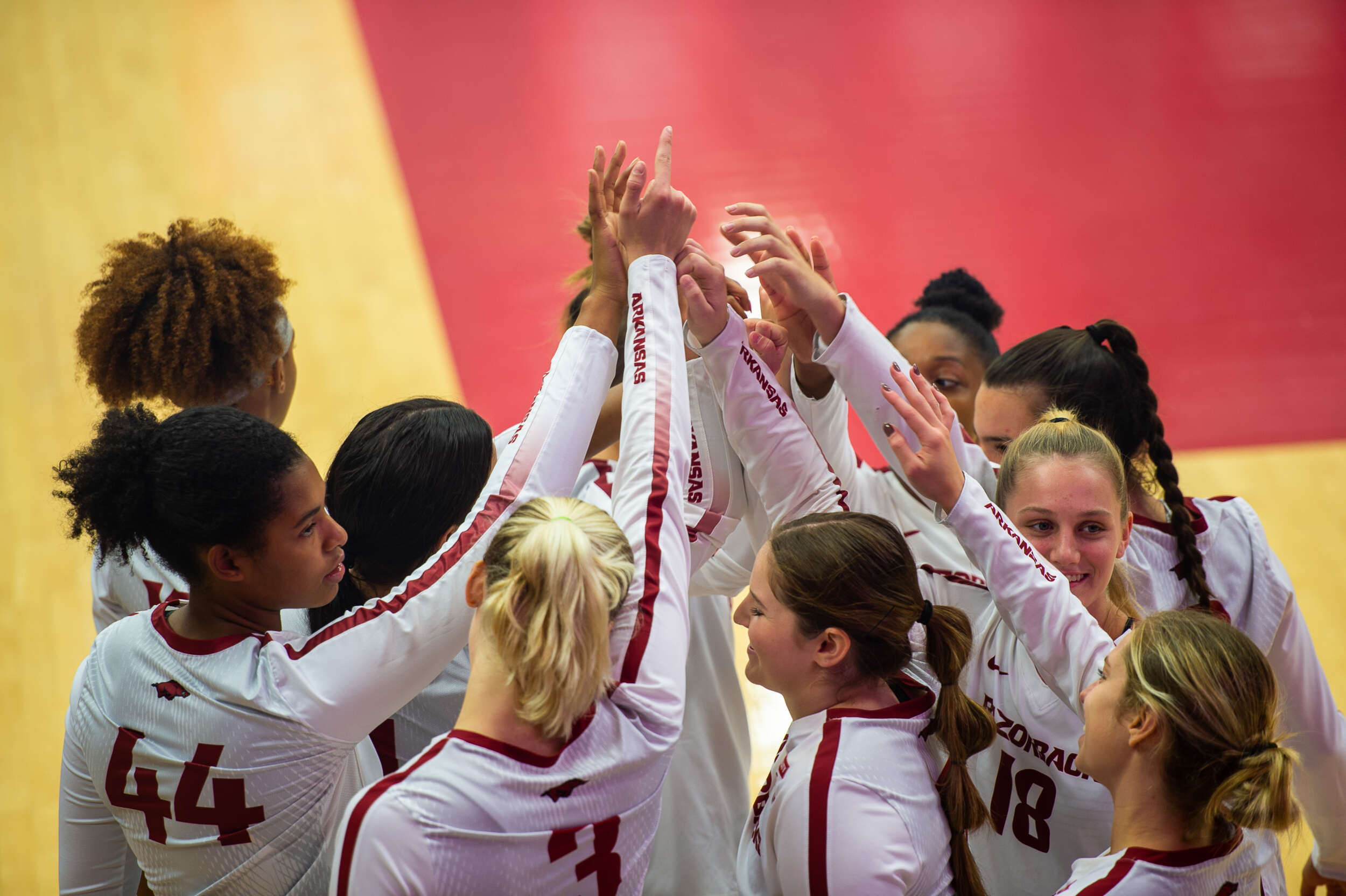 For the first time in over two weeks, the Razorbacks will get home court advantage as the Missouri Tigers come to town on Wednesday, Oct. 27 for a 7 p.m. match.

The Razorbacks are coming off a pair of five-set losses against the reigning nation champion and No. 5 Kentucky Wildcats. They are currently 14-6 overall and 5-4 in SEC play, which puts them in fifth place in the conference.

The Tigers are 1-8 in the SEC and 4-18 overall. The team’s one victory in conference play came against Auburn on Oct. 17, a 3-2 extra-set win. Arkansas took down Auburn in a 2-0 series sweep earlier this month.

Missouri leads Arkansas in blocks among SEC competitors, with 2.08 per set to the Hogs’ 1.91, but Arkansas leads the Tigers in every other statistical category. Mizzou’s Anna Dixon comes in at sixth in kills in the individual stats and has tallied an average of 3.64 per set.

Wednesday’s match will be broadcast live on SEC Network, and live stats will be provided.

The team is celebrating Halloween early at Barnhill Arena. Candy will be passed out pre-game for children 12 and under, and the best costume in attendance wins a prize. Doors open at 6 p.m. and tickets are still available online or by calling the Razorback Ticket Center at (479) 575-5151.

The Hogs traveled to Lexington over the weekend for two matches against the reigning national champions, Kentucky. Arkansas took the No. 5 team in the country to five sets not once, but twice. The Razorbacks battled hard, and even played to an extra point in Saturday’s fifth set, but the team lost both matches 3-2. Prior to the series, the Razorbacks hadn’t won a set against the Wildcats since 2013, but won four over the two days.

Arkansas has the weekend off before returning to action on Nov. 6-7 against Alabama in Tuscaloosa. Saturday’s  match is set for noon and will be streamed on SEC Network+, and Sunday’s finale will begin at 3 p.m. live on SEC Network.