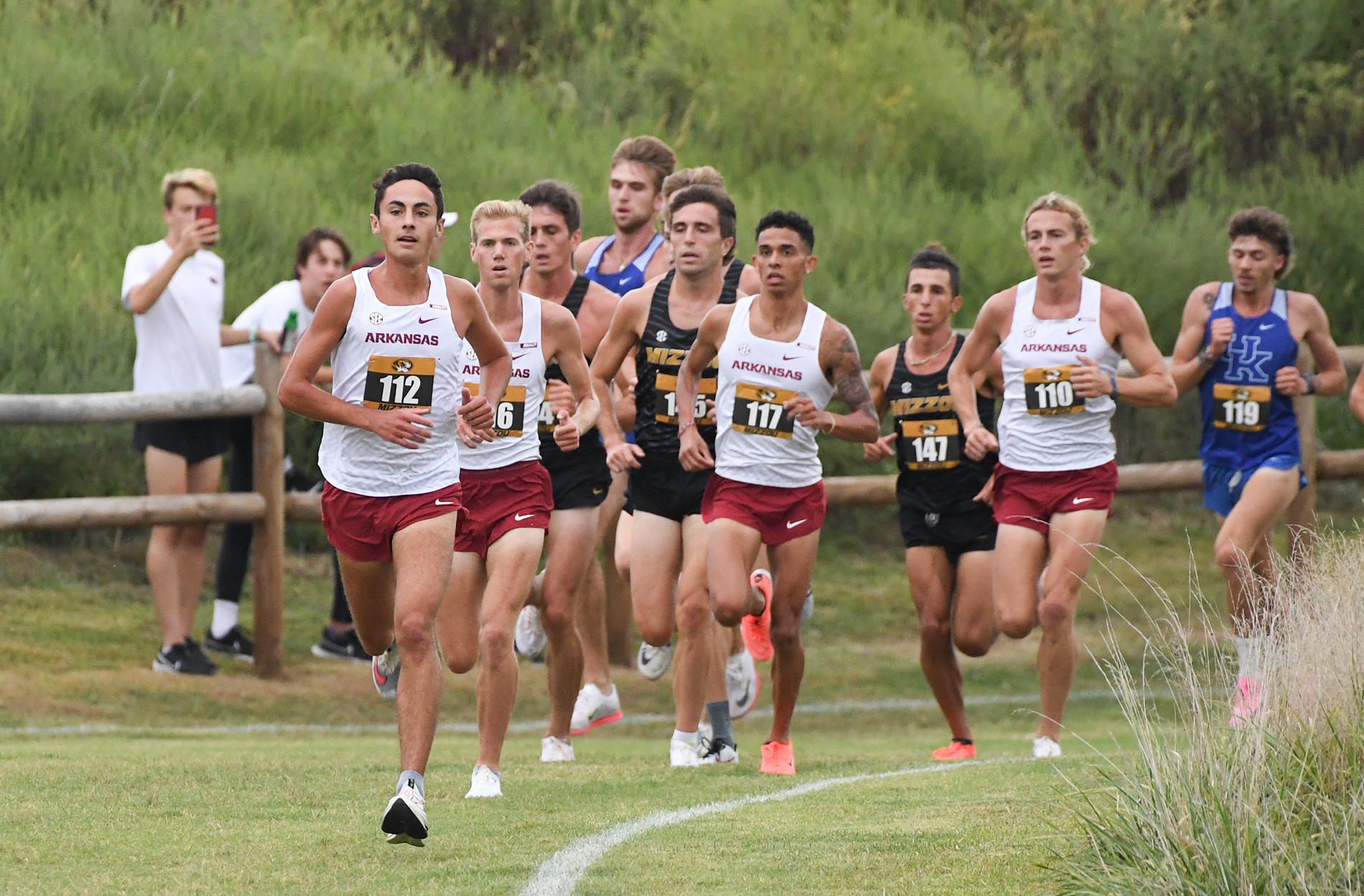 COLUMBIA, Mo. – Myles Richter led the Razorbacks with a runner-up finish in the Missouri Opener on Friday morning, posting a time of 17 minutes 42.5 seconds on the 6,000m course among a field of 47 runners. Arkansas placed third in team scoring with 52 points.

“It was great to get out here and race with some guys again,” said Richter. “It’s been a while since a lot of us have been on the grass. I was second among the field and that was pretty nice. It felt good after some tough weeks of training.”

Kentucky claimed the team victory with 29 points off a 1-3-6-8-11 finish and also had the individual winner in Ethen Kern, who covered the course in 17:36.9.

“I thought we had a couple good performances, and I was very pleased overall,” said Razorback men’s head coach Chris Bucknam. “They all gave a great effort today and it’s something to build on.

“Myles and Josh did an outstanding job. The two Kentucky guys that were in between them were top 15 in the SEC last season. They finished right in with those guys, so it was a good benchmark to see where Josh and Myles were.”

The rest of the Razorback squad spent time on the course Thursday and Friday to get familiar with the Gans Creek course that will host the SEC Championships in October.

“I’m very impressed with this course,” stated Bucknam. “You can tell they’ve put a lot of effort into building this and it’s one of the best I’ve ever seen. It’s an outstanding cross country course.

“So, it’s good that we got the whole team on the course. Although we didn’t run everybody, we got everybody on the course, working out and everything. With our front runners, we’ll open them up at Boston in a couple of weeks.”