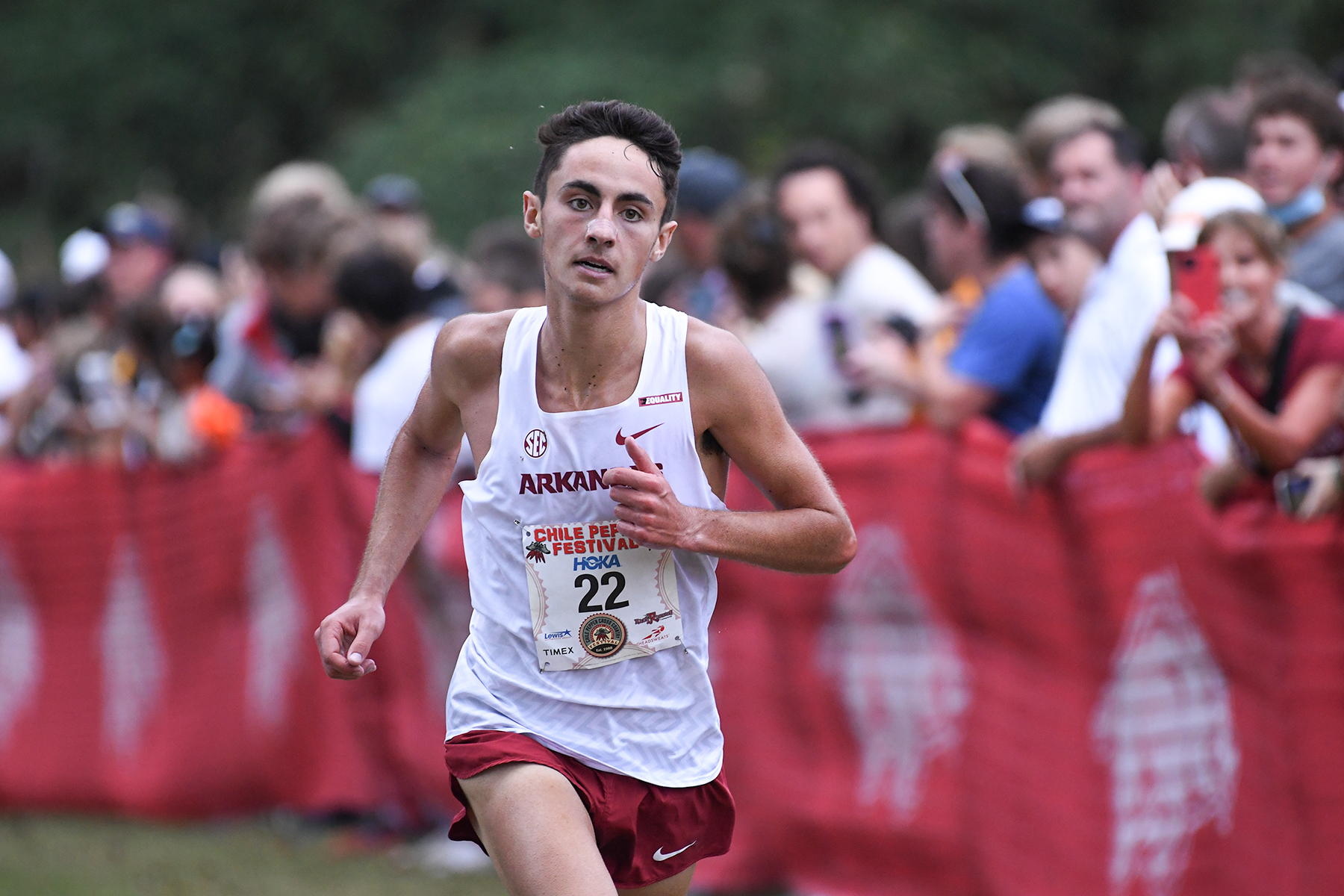 Myles set a 30-second PR in leading Arkansas to a fourth-place tie with Alabama-Huntsville as both schools scored 192 points. Oklahoma City’s Zouhair Talbi won the individual title in 23:28.5 while Dillon Powell of Colorado School of Mines finished third in 23:39.7.

“Our depth is our strength. We’ve got four amazing guys up top and we’re looking to fill the fifth spot with 5-6-7. I’m already in that seven, I’m just looking to be that number five guy if that’s what I need to be. If that’s not where I am, then all the better because that means we’re getting stronger.”

“Myles did a really fantastic job today,” stated Arkansas men’s head coach Chris Bucknam. “He made a good case to be among our top five today. It was great to see him race like that after a tough workout we had out here on Tuesday. He’s a great competitor.”

The progression for Richter through the 8,000m race started with him being in 10th place at a mile split of 4:37.3, then moving up to fifth place at the 3.5k split of 15:52.4. Then he secured second place over the remainder of the race.

“We got some things accomplished last week and this week,” noted Bucknam. “Now we have a couple of weeks before we go to Pre-Nationals, where we jump into the mini national championships because everyone will be there.”