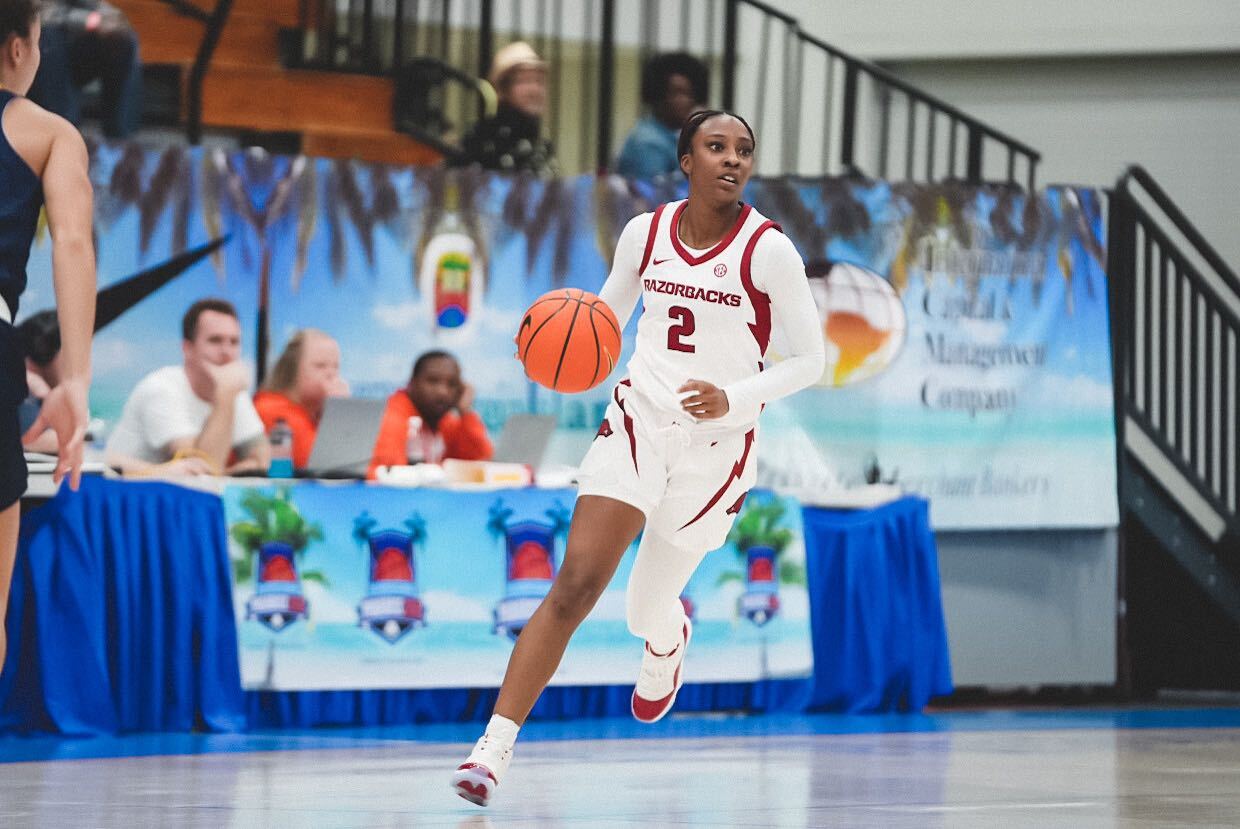 Neighbors Earns 200th Win in Game One of Paradise Jam

ST. THOMAS, USVI – Arkansas women’s basketball (6-0) earned a hard-fought win over Northern Arizona (3-3) in the first of three games at the Paradise Jam. NAU led for 10 minutes in the first half, but after a 12-0 run by Arkansas before halftime, the Razorbacks never looked back. Samara Spencer played a big role in the Razorbacks finding a roll, finishing with a career-high 27 points off 10 field goals. With the 82-73 win, head coach Mike Neighbors secured his 200th career win.

NAU took the lead back off a 3-pointer and put up another one on the next possession to retake the lead by four. Poffenbarger continued to perform on both ends of the floor with a spin move to the basket, as the Razorbacks trailed 26-24 halfway through the second quarter. A Spencer triple put the Razorbacks back ahead, 31-29, with a little over two minutes left in the game. The Razorbacks kept cruising with a Poffenbarger 3-pointer and a Spencer layup just before the buzzer sounded. Arkansas trailed for the better part of the second quarter but closed out the frame on a 12-0 run to lead 38-29 at the half.

The Lumberjacks came out of the locker room on a 5-0 run. Erynn Barnum gave the Razorbacks their first basket out of halftime off a layup. Arkansas then went on an 8-2 run. NAU would not back down and knocked down a 3-pointer to cut the Razorback lead to seven. At the media timeout, Arkansas had the 48-39 advantage. Arkansas took a 20-point lead following a Maryam Dauda layup and a free throw. NAU made a 3-pointer to finish the third, as the Razorbacks were ahead, 61-46 after 30 minutes of play.

Spencer could not be stopped in the paint, as a layup got her up to 20 points for her second 20-piece of the season. Arkansas led 65-51 a few minutes into the fourth quarter. An NAU 3-point play helped the Lumberjacks get within eight, but a Spencer 3-pointer pushed the Razorbacks back up by double digits. NAU drained another 3-pointer to cut the Arkansas lead to seven with a little under seven minutes in the game. Barnum got a layup and Spencer followed with another layup to inch up to 27 points, as Arkansas led by 12 with 1:29 left in the game. After NAU cut the lead down to single digits once again, Arkansas was clutch down the stretch, making 5-of-6 shots from the line in the final minute. Arkansas pulled away with an 82-73 win. 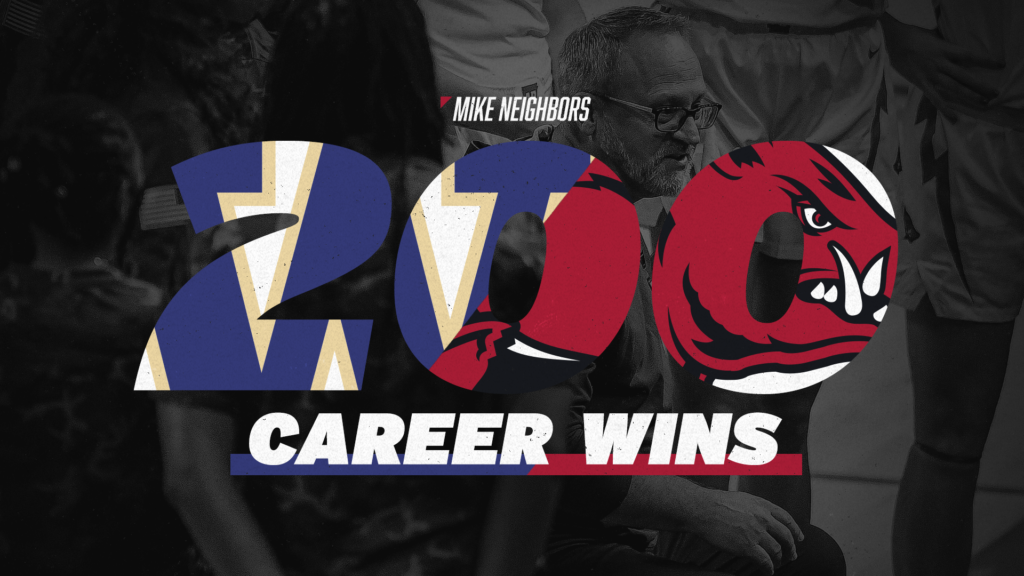 Arkansas will take the late shift tomorrow at the Paradise Jam, as the team is scheduled to play Clemson at 7 p.m. CT, 9 p.m. local time. Coverage of that game will be broadcast on ESPN3.