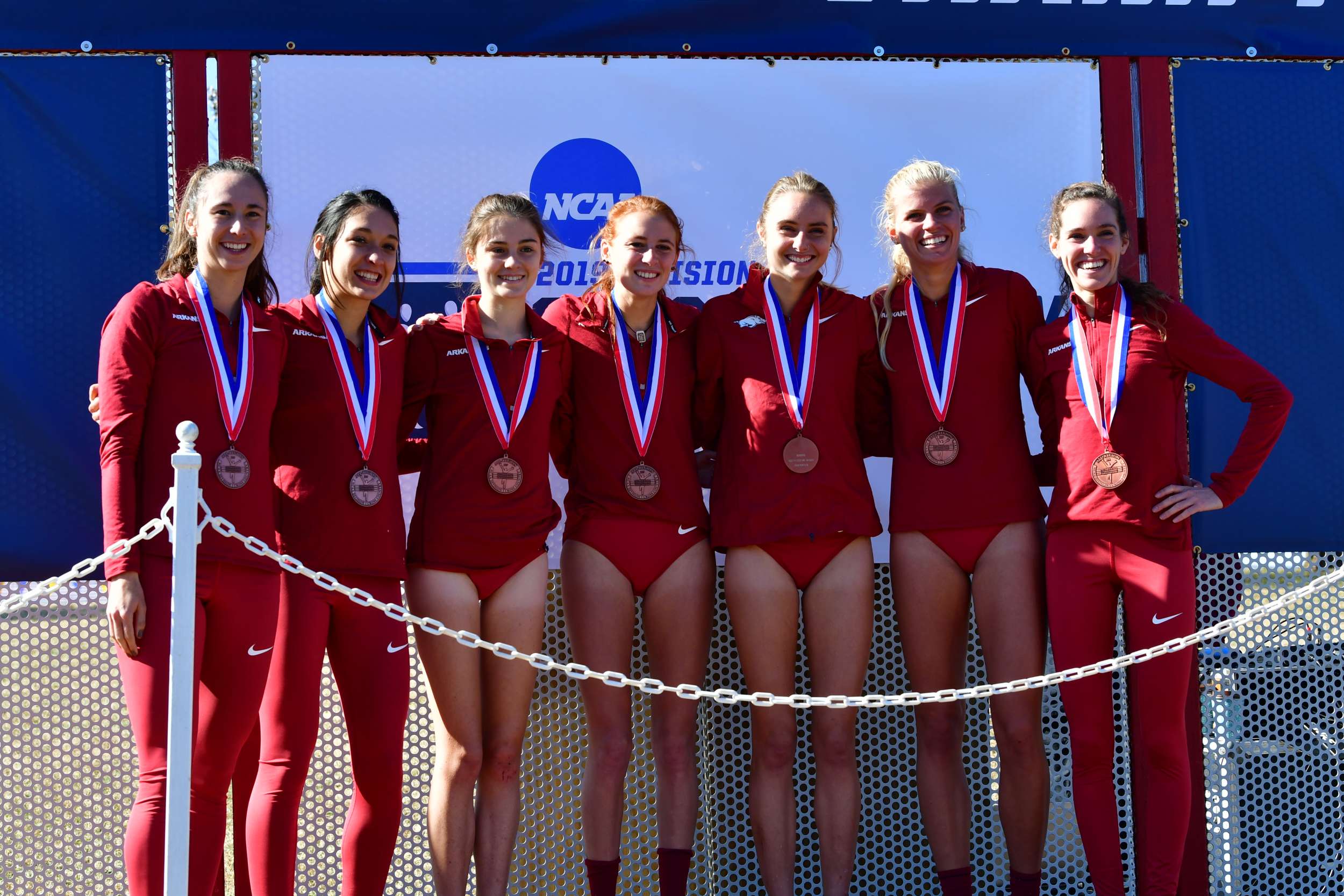 Finishing as the regional champion, and posting a perfect score of 15-points (1-2-3-4-5), Arkansas automatically advances to the NCAA Championships next week in Terre Haute, Ind. where the Razorbacks will be in the hunt for that elusive NCAA Cross Country Championship.

“Unexpectedly, we were able to have a perfect score, that’s something that doesn’t happen very often in our sport, ” said head coach Lance Harter. “There’s always great individual performers fighting for top positions as well, but today was our day! Our top-four have been running like that pretty much all season but Maddy Reed had a breakthrough performance and I think that gives us a reconfirmation that we’re on schedule and we’re ready to go, if we stay healthy, a week from now,” Harter continued.

“I knew we could do it [score 15-points], but when we turned around and saw Maddy [Reed] it was like a dream come true,” said Taylor Werner. “Especially since we’re all seniors, it was a big deal, it was really fun.”

The senior from Ste. Genevieve, Mo. continued her reign of dominance, this time by stepping up and becoming the 11th individual South Central Region Champion for the Razorbacks in program history – the sixth-straight dating back to 2014.

Werner crossed the line in 20:30.30, on paper Werner was followed by Katie Izzo in an identical 20:30.30 for second-place as Werner and Izzo hit the line side-by-side. Carina Viljoen took third-place in 20:30.60 and Devin Clark was a tenth of a second behind her in 20:30.70. While the front four enjoyed a casual jog across the line, Maddy Reed absolutely put in work for her fifth-place finish. Reed hawked down four athletes over the final 800-meters to grab fifth-place and cement the perfect score in the history books crossing the line in 20:47.80 to round out scoring for Arkansas.

All seven Razorbacks earned All-Region honors, one of two teams on the women’s side to accomplish the feat (Texas).

“Obviously the NCAA meet is what we’ve been training for all season long,” said Harter. “This was a qualifying meet for us to go ahead and get the gatekeeper taken care of, to be able to perfect score it is another reconfirmation to the coach in staff that physically and mentally we are in position great position to get ready for the national meet,” Harter finished.

Arkansas will toe the line at the LaVern Gibson Championship Cross Country Course Sat., Nov. 23 in Terre Haute, Ind. for the NCAA Championships. Four times the NCAA runner-up (91, 92, 93, 99), Arkansas is well among the favorites to capture a national title next weekend.