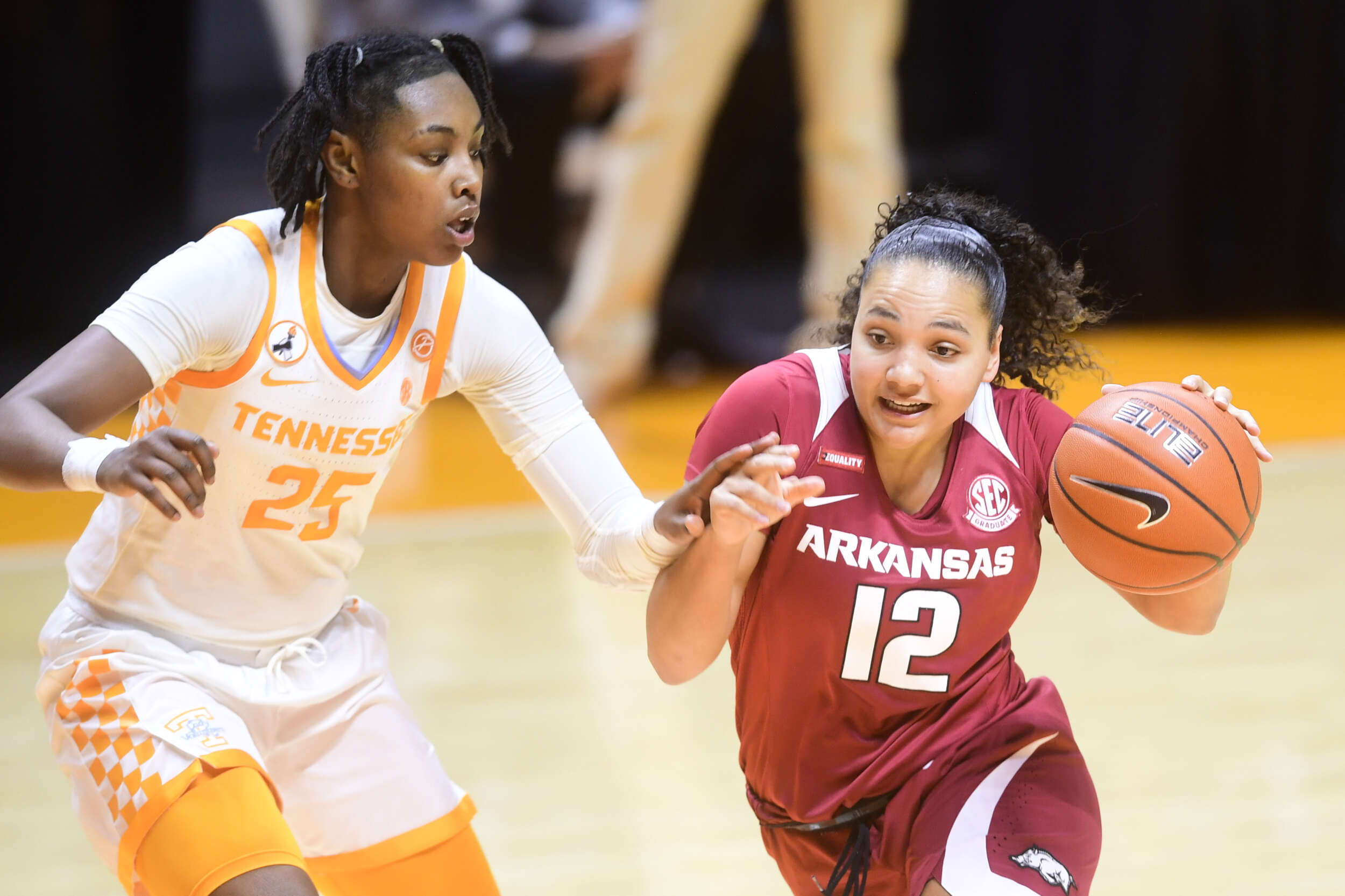 KNOXVILLE, Tenn. – The third SEC game of the season for Arkansas saw the 13th ranked Razorbacks (10-3, 1-2) fall to the Tennessee Lady Volunteers (7-1, 1-0), 88-73. The Hogs grabbed an early lead, but with 5:13 to go in the second quarter, Tennessee grabbed a one-point advantage, one the Lady Vols would never surrender.

The game started off tight, both teams exchanging the lead in the first and second quarters. But Tennessee went on a 10-0 run in the final minutes of the first half that extended its lead to seven heading into the locker room.

Arkansas was unable to recover from the end of the second quarter on, and although the game remained close through the third quarter, Tennessee’s three-point defense kept the Hogs at an arm’s length. The Lady Volunteers were helped by big performances from senior Rennia Davis and junior Rae Burrell, who both notched 26 points in the win.

The Hogs return home, where a matchup with No. 8 Texas A&M awaits. That game will air live on the SEC Network, and tip-off at 3 p.m.