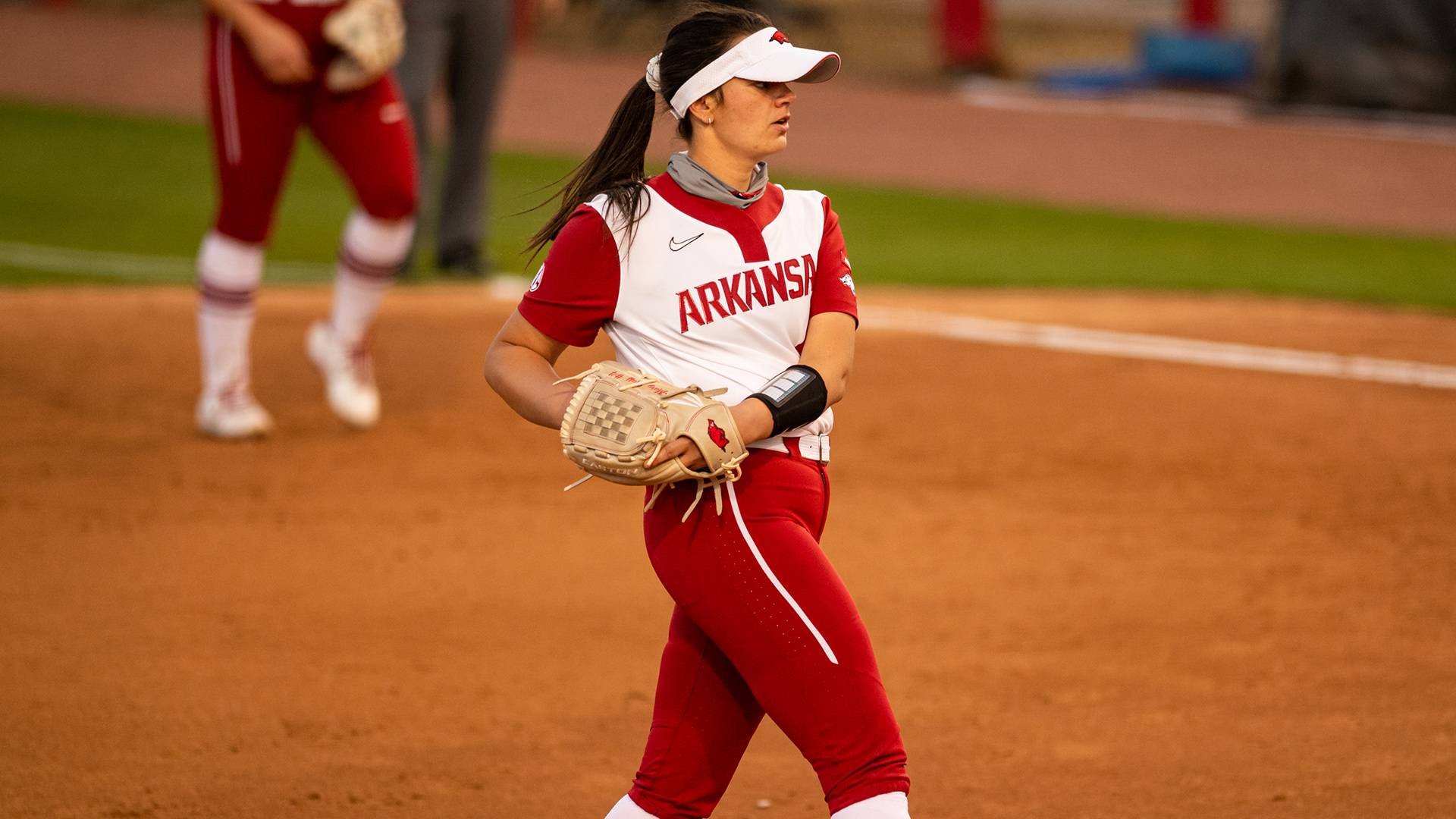 ATHENS, Ga. – Pitcher Mary Haff went the distance as No. 10 Arkansas took the series defeating No. 20 Georgia, 5-2, in Athens on Saturday afternoon. The Razorbacks (35-5, 15-2 SEC) grabbed an early 3-0 lead and won their 15th league game of the season to remain in first place of the SEC standings.

The Razorbacks gave Haff a lead to work with before she took the circle by scoring two runs in the top of the first inning. Infielder Hannah Gammill was hit by a pitch, infielder Braxton Burnside walked and outfielder Hannah McEwen singled to short, loading the bases. Infielder Danielle Gibson gave Arkansas the lead by picking up her first RBI of the day lifting a sacrifice fly to deep left field. Burnside later crossed the plate on a wild pitch to go up 2-0.

Arkansas totaled three baserunners in the second but did not score. The next inning, Gibson went yard for the second time of the series, hitting a solo shot to right in the third, increasing the lead to 3-0. Gibson has driven in a combined seven RBI in both games of the series. Georgia (27-8, 6-8 SEC) scored its first run on a solo home run to left by Payden Bordeau in the bottom half of the stanza.

Taking advantage of a hit by pitch, walk and error in the top of the fourth, McEwen drove her second single of the game through the middle, plating two runs and extended the Hogs lead to 5-1. The Bulldogs added a run in the bottom of the seventh inning on a double to left.

The Razorbacks outhit Georgia, 5-3, and won a series against the Dawgs for the first time since 2013. Arkansas is now 8-0 in road SEC games this season.

Arkansas will attempt to claim its fifth sweep during SEC play at 1 p.m. CT, tomorrow, April 18 on SEC Network+.