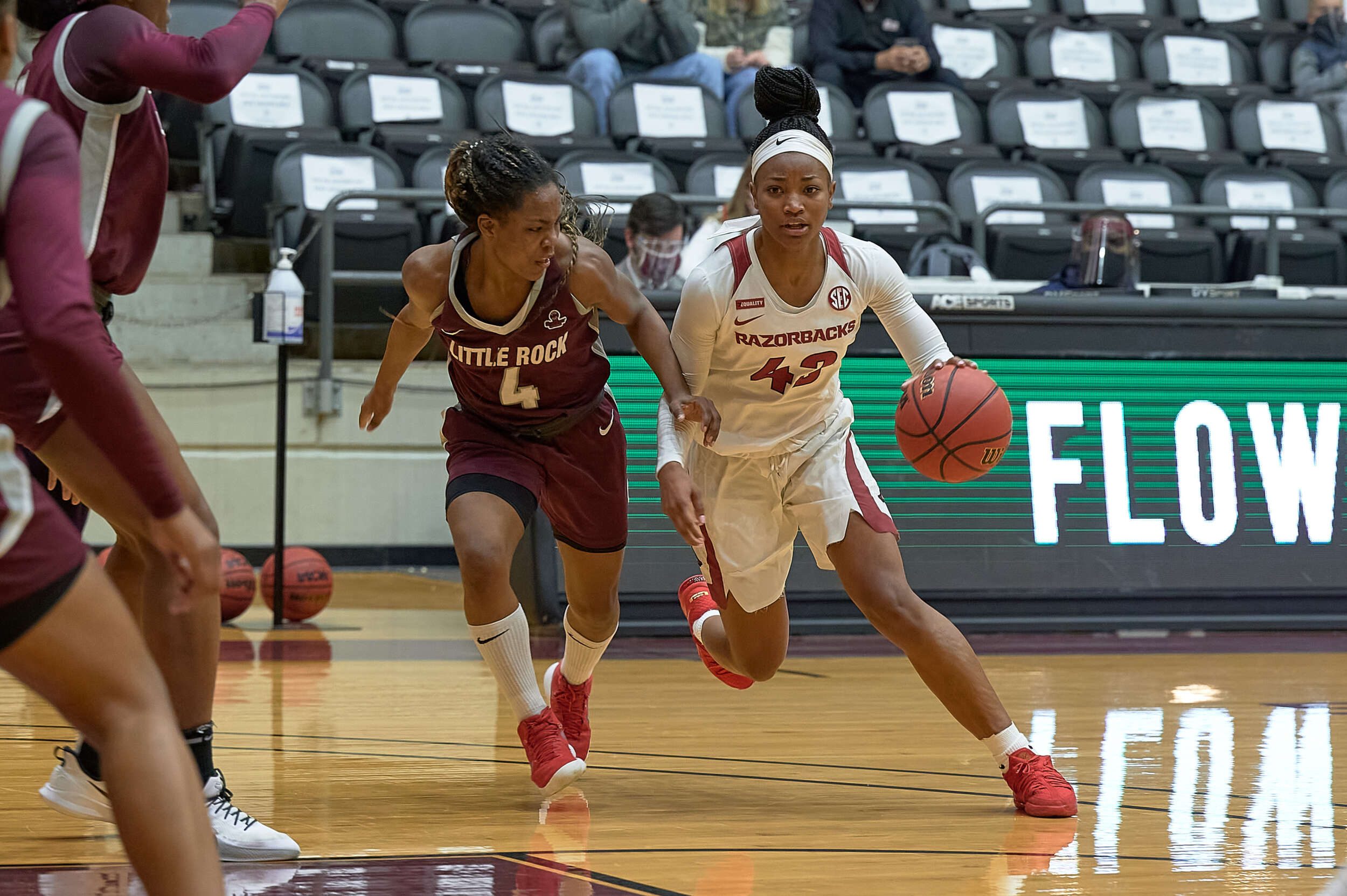 FAYETTEVILLE, Ark. – No. 12 Arkansas (8-1, 0-0) pushed its win streak to five on Saturday afternoon in the Jack Stephens Center, as the Hogs beat in-state foe Little Rock (4-3, 0-0), 80-70. Arkansas relied on the long ball against the Trojans, hitting 14 threes in the game, the most ever given up in a single game by a Joe Foley coached team.

Redshirt senior guard Chelsea Dungee led the Razorbacks on the scoreboard, as she dropped 18 points on six of 11 shooting, including five made threes, matching her career-high. Redshirt senior guard Destiny Slocum scored 16 points, while Makayla Daniels and Amber Ramirez also both scored in double figures, going for 11 and 10 points, respectively.

The Razorbacks came out firing in the first quarter, as Head Coach Mike Neighbors’ Hogs opened up a 26-12 lead behind nine quick points from Daniels. The second quarter belonged to the Trojans, though, as Little Rock cut the lead all the way down to four midway through the frame.

Though Arkansas would reestablish itself in the second half, Little Rock refused to go away, as the Trojans cut it back down to eight down the stretch on a Bre’amber Scott three pointer with 40 seconds to play. The Razorbacks leaned on their senior stars in the clutch though, as Dungee and Slocum combined for 14 points in the fourth period, while only missing one shot between them.

Arkansas finishes off its non-conference schedule on Monday afternoon, as UAPB comes to Bud Walton Arena. That game is set to tip at 1 p.m.