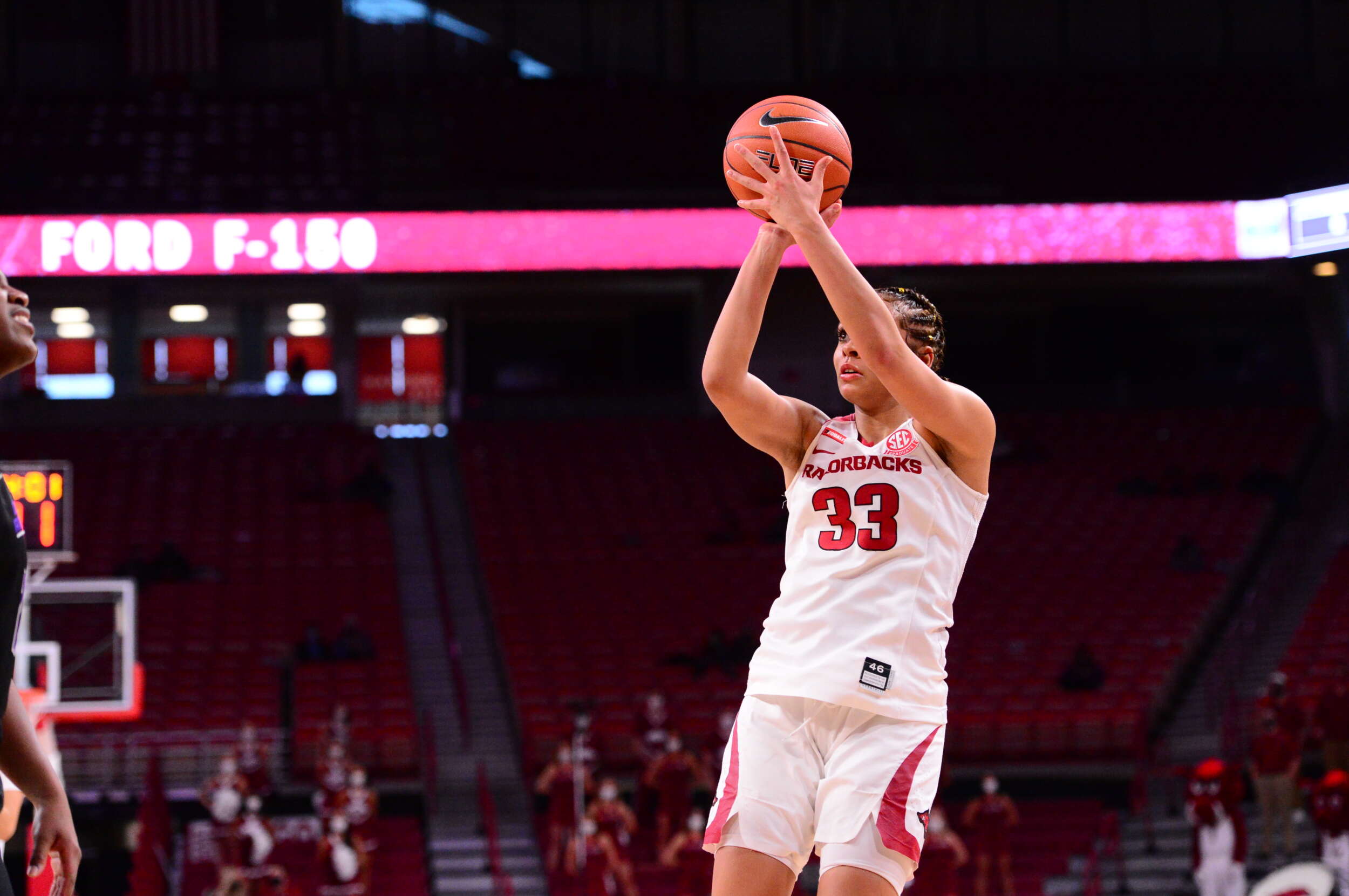 Redshirt senior Chelsea Dungee caught fire in the second half, scoring 15 points in the third quarter alone, shooting 4-5 from the field, including 3-3 from behind the arc in that period. She would finish with a game-high 26 when all was said and done. Redshirt seniors Destiny Slocum and Amber Ramirez also chipped in solid offensive performances, both scoring 12 points in the first half and finishing the afternoon with point totals of 22 and 14, respectively. Redshirt senior Jailyn Mason had her best game of the season so far, racking up a season-high 16 points off the bench.

It was a perfect start to the game for the Razorbacks, as the Hogs raced out to a 24-2 lead by the end of the first quarter. The visiting Bears were held to just 15% shooting from the field in the first half, and Arkansas finished the half on an 11-0 run to solidify a 54-12 lead heading into the locker room. Arkansas totaled 27 points off of 14 forced turnovers and shot 58% from the field and 50% from three-point range in the first half.

The Sugar Bears came out in the second half with energy and managed to dig into the deficit. Redshirt freshman Jalisa Outlaw exploded for 22 points in the second half on 8-11 shooting. While UCA was able to cut into the lead, Arkansas never allowed the Bears back into the game, with Mason, Slocum and Dungee keeping the pressure on the scoreboard throughout the second half.

Arkansas will stay in the Natural State and head to the state capitol to take on the Little Rock Trojans on Saturday, Dec. 19. Tip-off is scheduled for 2 p.m. CT.