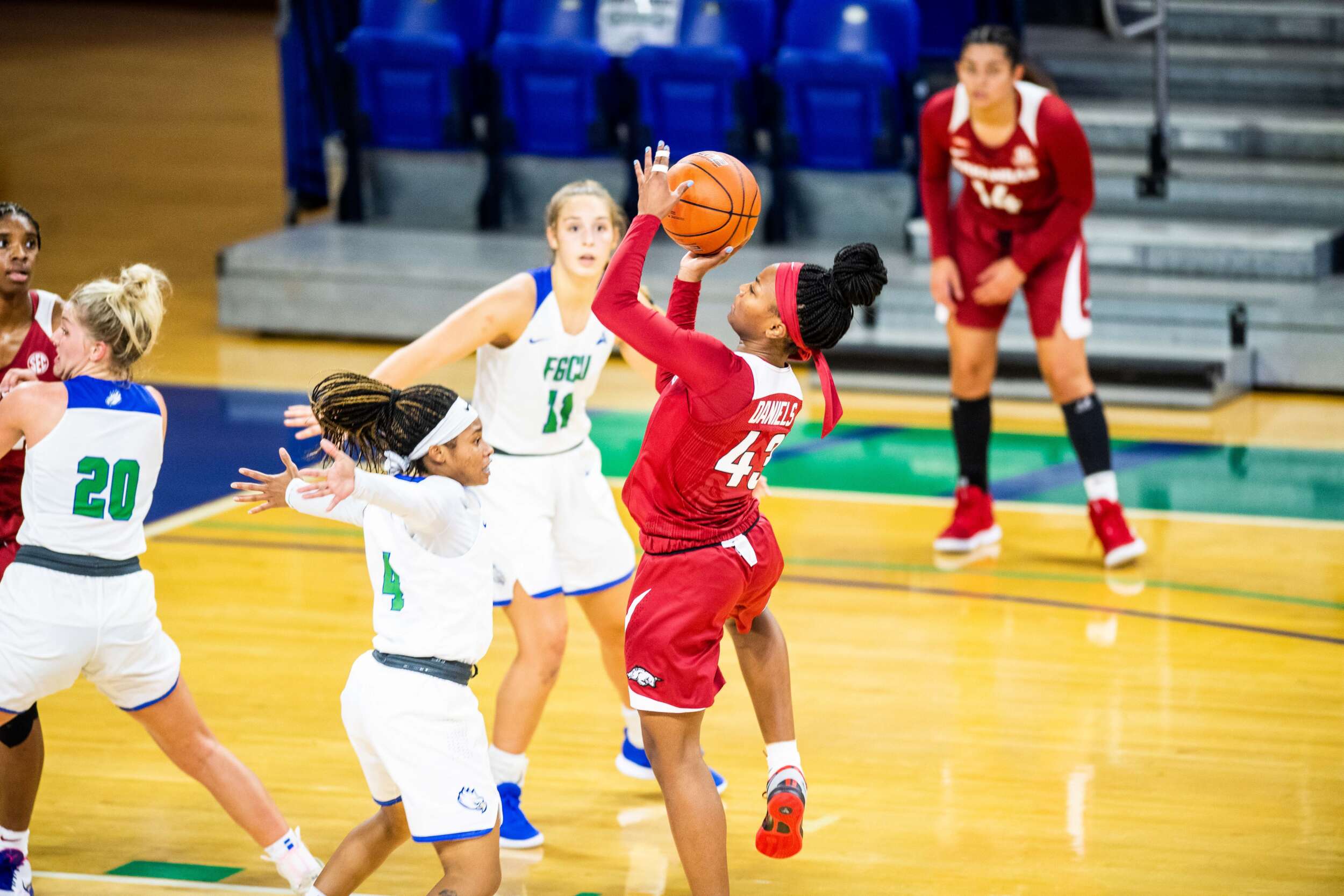 FORT MYERS, Fla. – No. 14 Arkansas (3-0, 0-0) remained undefeated, coming back from 11 down to beat Florida Gulf Coast (1-2, 0-0) 86-80 on Saturday afternoon inside Alico Arena. The Hogs dominated the fourth quarter, winning the frame 26-13. A couple of clutch free throws from redshirt senior guard Amber Ramirez iced the game with just over nine seconds left.

Redshirt senior guard Chelsea Dungee led the Hogs in this one, going for 25 points, her first time this season going for 20+. Dungee was huge down the stretch for Head Coach Mike Neighbors’ Hogs, scoring 10 of those points in the fourth quarter. Senior forward Taylah Thomas put up her first double-double of the season against the Eagles, going for 11 points and 10 rebounds.

The Razorbacks entered the fourth quarter down seven points, trailing 67-60. FGCU’s Tishara Morehouse had 27 already, and the Eagles stretched the lead out to nine early in the frame. From that point on, though, the Hogs would outscore the Eagles 26-11.

Arkansas started to find its rhythm from beyond the arc in the nick of time, as Dungee and Ramirez hit back-to-back threes to give the Razorbacks a 72-71 lead with 5:36 to play. After trading buckets, and being tied at 74, Dungee would break the tie, hitting another huge three from the top of the key to give the Hogs a three point lead. Morehouse and the Eagles would keep it close, but three points from sophomore Erynn Barnum and Ramirez’s clutch free throws were enough to keep Arkansas undefeated.

The Hogs finish the Gulf Coast Showcase with one of the marquee matchups early this women’s basketball season, as they play No. 12 Maryland. That game will tip off at 4:30 CT, and will be streamable on FloHoops.